Lee was charged with shipping traditional liquor and books worth 26 million won (US$21,711) as gifts to 377 voters in his constituency in Jeonju, 240 kilometers south of Seoul, on three occasions in 2019. He was also accused of sending text messages to party members in an attempt to influence the party primaries for the 2020 parliamentary elections in his favor.

He won his second parliamentary seat for Jeonju on the party's ticket in the election in April 2020 but left the party about five months later amid suspicions of embezzlement and other misdeeds involving Eastar Jet Co., which he founded.

"The accused, Lee Sang-jik, reneged on his responsibility as a representative of people to work harder than anyone for fair elections ... he is highly accountable because he obstructed the accomplishment of fair elections through his case," the court said.

By law, lawmakers lose their parliamentary seats if they are convicted of election law or political fund law violations and sentenced to a fine of 1 million won or more. Lee could lose his seat if the sentence is finalized at the top court. 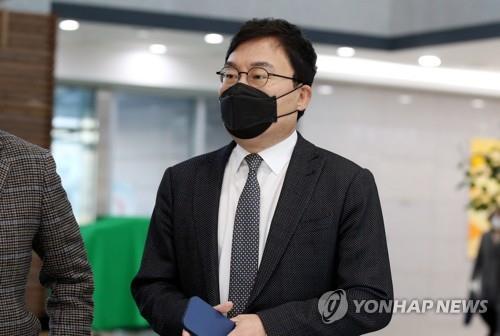