SEOUL, Jan. 27 (Yonhap) -- The Supreme Court finalized a four-year prison term Thursday for the wife of former Justice Minister Cho Kuk for college admission fraud involving their daughter and other charges, bringing an end to one of South Korea's most divisive scandals in recent years.

The Supreme Court found Chung Kyung-sim, a former professor of Dongyang University, guilty of charges related to her involvement in her daughter's college admission and upheld the appeals court's four-year prison sentence handed down in August last year.

Chung was indicted in 2019 on 15 counts of charges in connection with allegations of forging a presidential citation from Dongyang University and getting a false internship certificate to use for her daughter's admission to a medical school in 2013, along with other suspected financial misconduct. 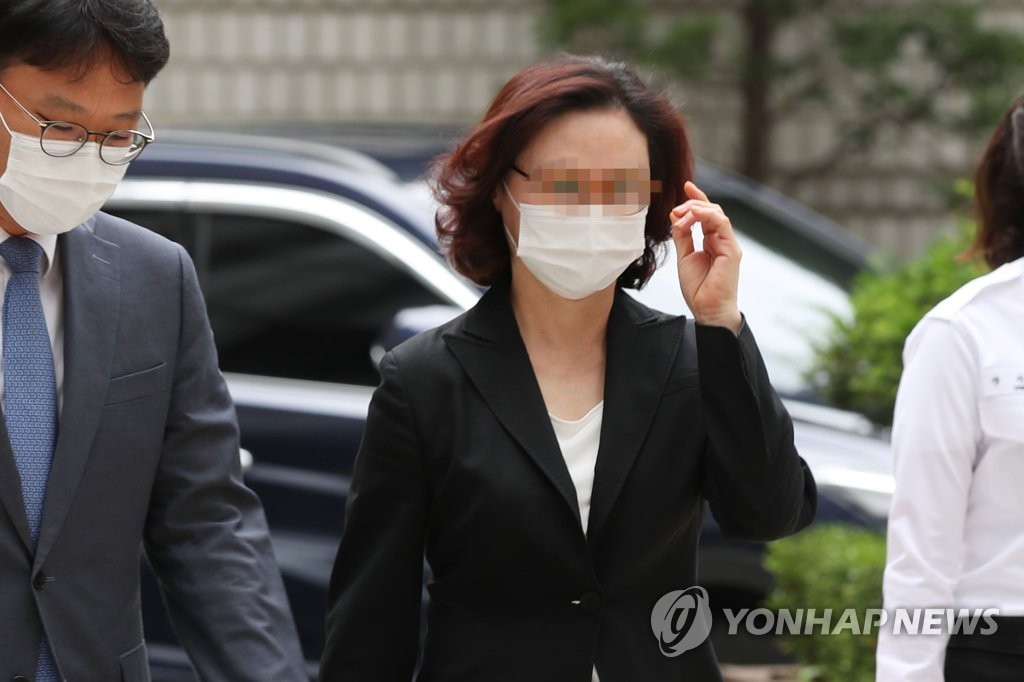