The Joint Chiefs of Staff (JCS) said that 27 members of the 304-strong Cheonghae unit were found to have contracted the virus after a suspected case emerged on Wednesday afternoon (Korea time).

The infections came despite the military having stepped up efforts to shield its overseas contingents from the virus following a cluster infection in July in the Cheonghae unit.

Ten of the infected sailors show minor symptoms, such as headaches, while the remainder are asymptomatic, according to the JCS.

The infected sailors were fully vaccinated in November when they departed for a six-month mission aboard the 4,500-ton destroyer Choi Young and received booster shots recently, officials said.

On Thursday, the Navy unit subjected all of its members to polymerase chain reaction (PCR) tests after a sailor tested positive in a rapid Xpert COVID-19 test, the accuracy of which is seen as lower than a PCR test.

In July, all members of the naval unit were airlifted to their home country, as 90 percent of them were diagnosed with COVID-19.

Once deployed there, troops serve in the sea-borne unit for six months before their replacements come. 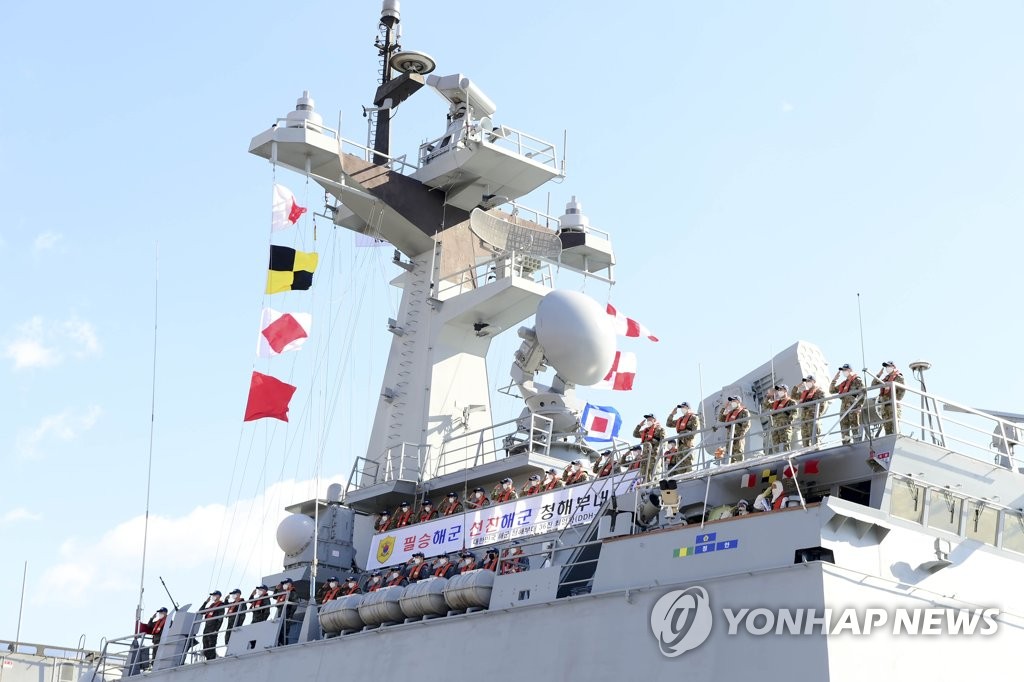