Under the new law, owners and CEOs of companies with five or more employees can face a minimum one-year prison sentence or up to a fine of 1 billion won (US$833,000) in the event of serious workplace disasters.

Some major construction firms shut down their work sites on Thursday and plan to keep the sites closed until next weekend amid efforts to avoid becoming the first company to be punished by the law.

Hyundai Engineering & Construction Co., a major South Korean builder, has closed down all construction sites in the country, with the exception of a few employees for cleanup.

Other construction companies took similar measures, keeping their construction work at a minimum to minimize the risk of workplace accidents.

The implementation of the new law came more than two weeks after a deadly accident at a construction site in Gwangju, about 330 kilometers south of Seoul.

The exterior wall of the apartment building being built by HDC Hyundai Development Co. crumbled down earlier this month, leaving one worker dead and five others missing.

In June last year, HDC Hyundai Development was also involved in the collapse of a five-story building demolished in Gwangju, which killed nine bus passengers.

Hyundai Motor Co. announced Thursday that it will provide financial support of 87 billion won to construction and steel subcontractors for safety measures, nearly double that of last year's. 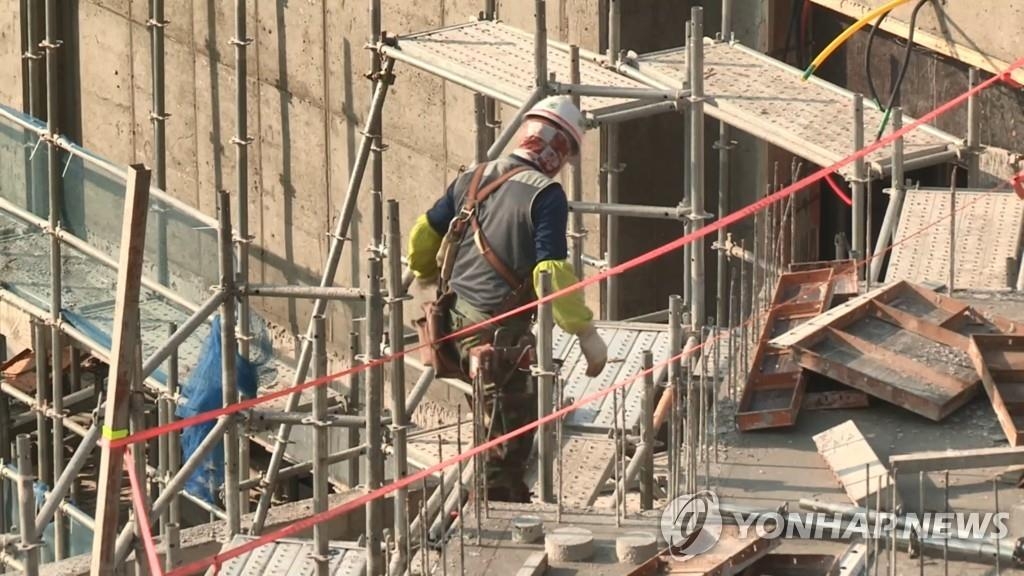 Companies in S. Korea on edge over workplace disaster law

Companies in S. Korea on edge over workplace disaster law