Noh Kyu-duk, special representative for Korean Peninsula peace and security affairs, had the emergency consultations with his American counterpart, Sung Kim, hours after the North fired two apparent short-range ballistic missiles toward the East Sea in its sixth such launch this year.

"The two sides shared consensus that it is urgent to prevent the situation from aggravating and agreed to expand cooperation with related parties to resume talks with North Korea under close consultations between South Korea and the U.S.," the ministry said in a release.

The envoys held phone meetings each time after Pyongyang fired missiles this month in a show of the allies' united response, though they used slightly different language.

Tensions on the peninsula have escalated after Pyongyang last week hinted at scrapping its yearslong moratorium on nuclear and long-range missile testing over U.S. "hostile policy." 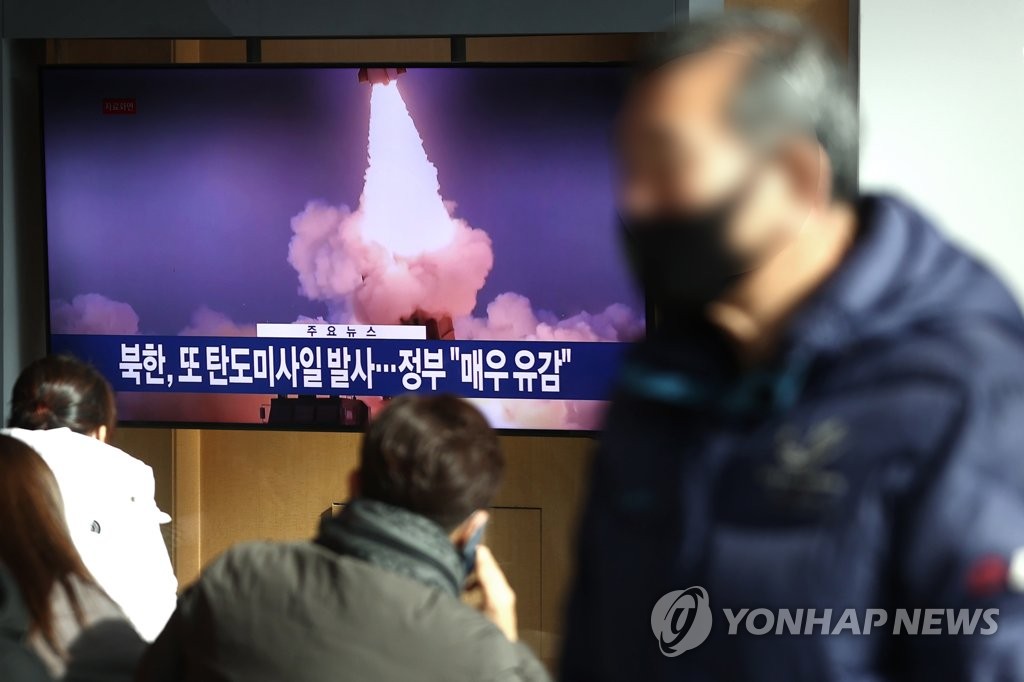