On Tuesday, the four F-35As arrived at an airfield in Cheongju, 140 kilometers south of Seoul, ending a yearslong deployment program. The deployment of the 40 jets was initially set to end by last year, but it was delayed due in large part to the COVID-19 pandemic.

As a centerpiece of the country's air power, the warplane is expected to boost operational capabilities and strengthen its readiness posture against potential enemy forces, according to Air Force officers.

Despite such expectations, the Air Force has suspended all F-35As since one of them made an emergency landing during a training session earlier this month due to avionic system issues. 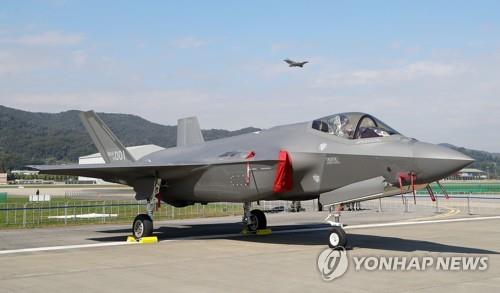