SEOUL, Jan. 27 (Yonhap) -- South Korea, the United States and Japan are in consultations over an in-person meeting of their foreign ministers next month in Hawaii, an informed source said Thursday, with North Korea likely to top the agenda.

"Talks are underway to arrange a trilateral foreign ministerial meeting in Hawaii around mid-February," the source said on condition of anonymity.

Participants will be South Korean Foreign Minister Chung Eui-yong and his U.S. and Japanese counterparts, Antony Blinken and Yoshimasa Hayashi.

If held, it will be the first such meeting since Japanese Prime Minister Fumio Kishida took office in October.

The top diplomats of the three nations last met in September on the sidelines of the U.N. General Assembly in New York.

The proposed meeting comes amid heightened tension on the Korean Peninsula over the North's unusually fast-paced missile tests and a thinly-veiled threat to lift its yearslong moratorium on nuclear and long-range missile tests.

Earlier in the day, Pyongyang fired two apparent short-range ballistic missiles toward the East Sea in its sixth such launch this year.

Last week, the top nuclear envoys of South Korea, U.S. and Japan exchanged views on the North's recent missile launches and agreed to maintain the close trilateral cooperation in the region. 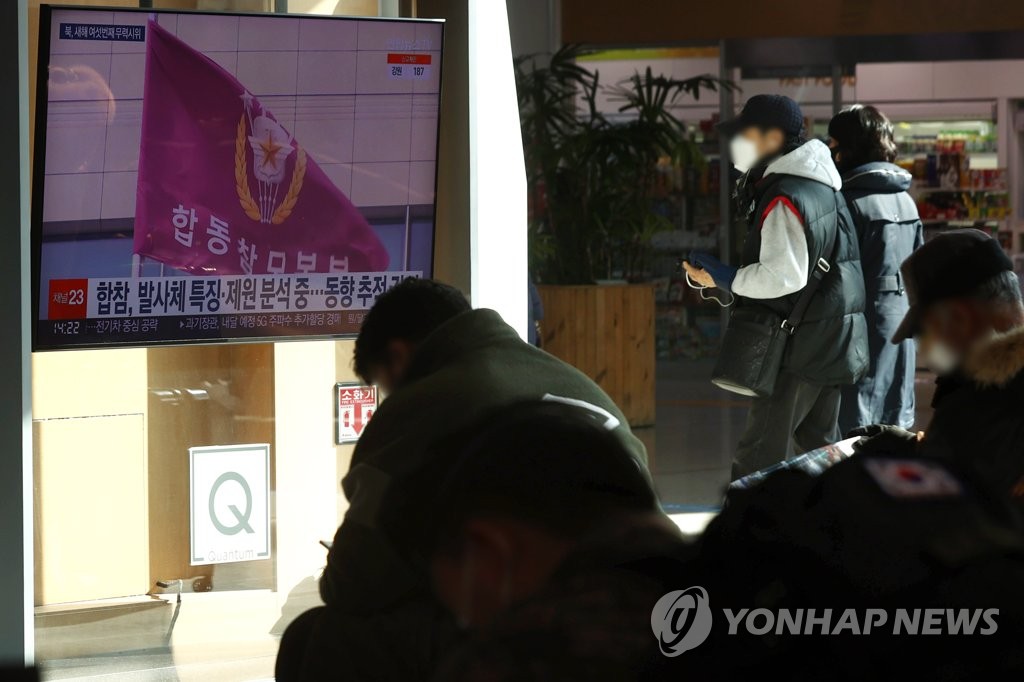