WASHINGTON, Jan. 27 (Yonhap) -- The United States is equally focused on dealing with the threat posed by North Korea just as it is with all other major security issues, U.S. Department of Defense Press Secretary John Kirby said Thursday.

"Just because right now one issue obviously is certainly capturing the attention of the world community doesn't mean that we are not equally pursuing and focused on other threats and challenges to the country," Kirby said in a press briefing.

"And certainly, we're mindful of the destabilizing behavior by Pyongyang with respect to these recent tests," he added when asked why the U.S. was not paying more attention to the North Korean missile issue. 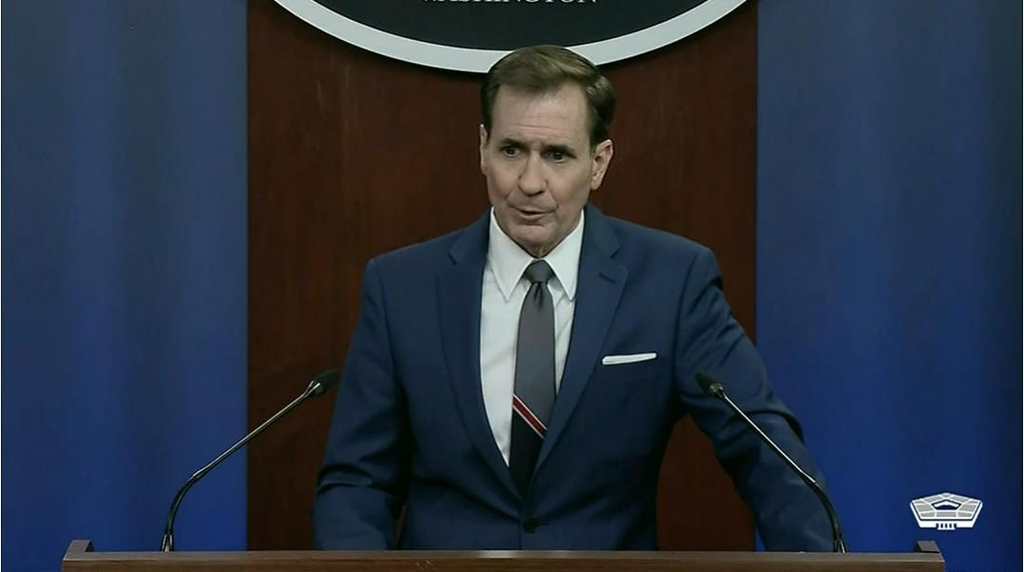 A state department spokesperson earlier noted the North had fired six ballistic missiles in five previous missile launches since the start of the year that included the test firing of two cruise missiles on Tuesday (Seoul time).

The North is prohibited from developing or testing any ballistic missile under U.N. Security Council resolutions.

"These tests, along with the six other ballistic missile launches this month, are in violation of multiple U.N. Security Council Resolutions and pose a threat to the DPRK's neighbors and the international community," the spokesperson told Yonhap, referring to North Korea by its official name, the Democratic People's Republic of Korea.

Since January 2021 when President Joe Biden took office, North Korea has now staged a dozen rounds of missile launches, while ignoring all U.S. overtures for dialogue.

Pyongyang has also stayed away from any denuclearization negotiations since late 2019.

Kirby reiterated the U.S. is equally focused on North Korea, just as it is with other global issues, namely the growing tension along the Ukrainian-Russian border, saying the number one priority of Defense Secretary Austin Lloyd and the department is to "defend this nation against all threats."

"And that's what we're doing," he added.

U.S. equally focused on N. Korea as all other threats: Pentagon spokesman

U.S. equally focused on N. Korea as all other threats: Pentagon spokesman