On Thursday, South Korea's military said the North fired what appeared to be two short-range ballistic missiles toward the East Sea, marking its sixth such launch this month. The latest saber-rattling came just two days after Pyongyang launched two apparent cruise missiles from an inland area.

"The Academy of Defense Science of the Democratic People's Republic of Korea conducted the test-fire for updating long-range cruise missile system and the test-fire for confirming the power of conventional warhead for surface-to-surface tactical guided missile on Tuesday and Thursday respectively," the Korean Central News Agency (KCNA) said, referring to the North by its official name.

Leader Kim Jong-un did not attend the latest firings.

Kim instead was at a munitions factory "producing a major weapons system," accompanied by his influential sister, Kim Yo-jong, and a senior party official, Jo Yong-won. 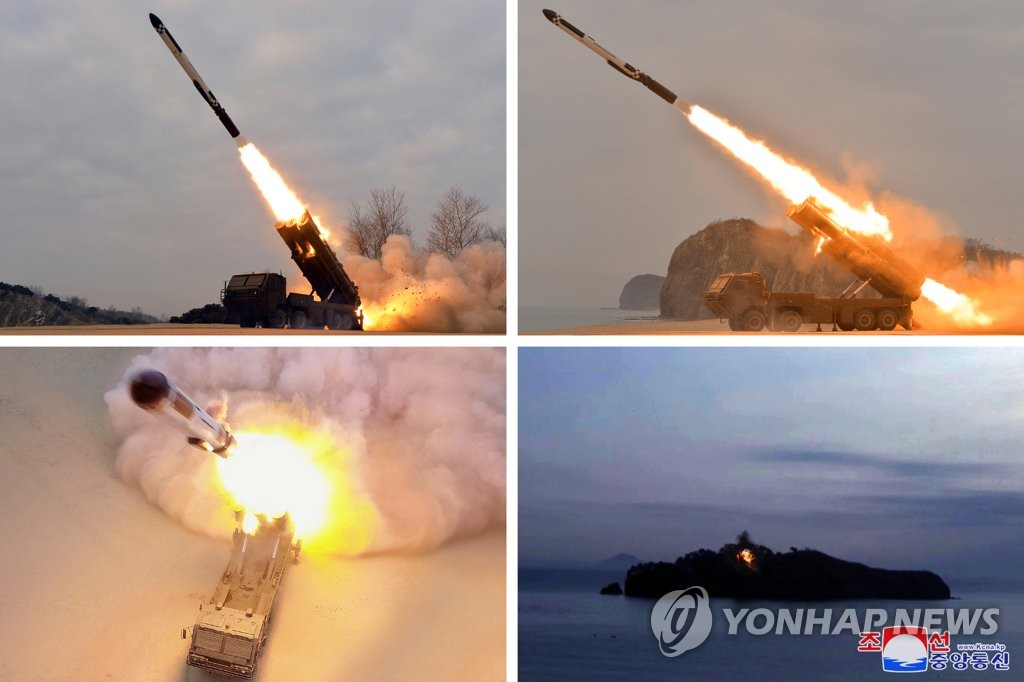 "He highly appreciated the factory effecting collective innovation and leaping progress in producing major weapons to implement the Party's decisions," the KCNA said in a separate report.

Officials at the factory cherished "the unwavering will" of the North Korean leader "who smashes with his bold pluck the challenges of the U.S. imperialists and their vassal forces that try to violate in every direction our Republic's right to self-defense."

The KCNA did not provide further details regarding when the visit was made, but the North's state media usually reports on Kim's activities a day later.

It's the first time in years for the North's state media to report on Kim's visit to a munitions factory. Kim inspected machine plants that are known as the North's major weapons production sites in June 2019, months after his failed summit with then U.S. President Donald Trump.

The North's state media released photos of Kim's visit to the plant but blurred the faces of officials there apparently due to security reasons.

Tuesday's cruise missiles flew for 9,137 seconds and hit the target island 1,800 km away, according to the KNCA.

When the North conducted its last known cruise missile test in September last year, the projectiles traveled 1,500 km for 7,580 seconds.

"The practical combat performance of the long-range cruise missile system would hold a reliable share in boosting the war deterrence of the country," the KCNA said. 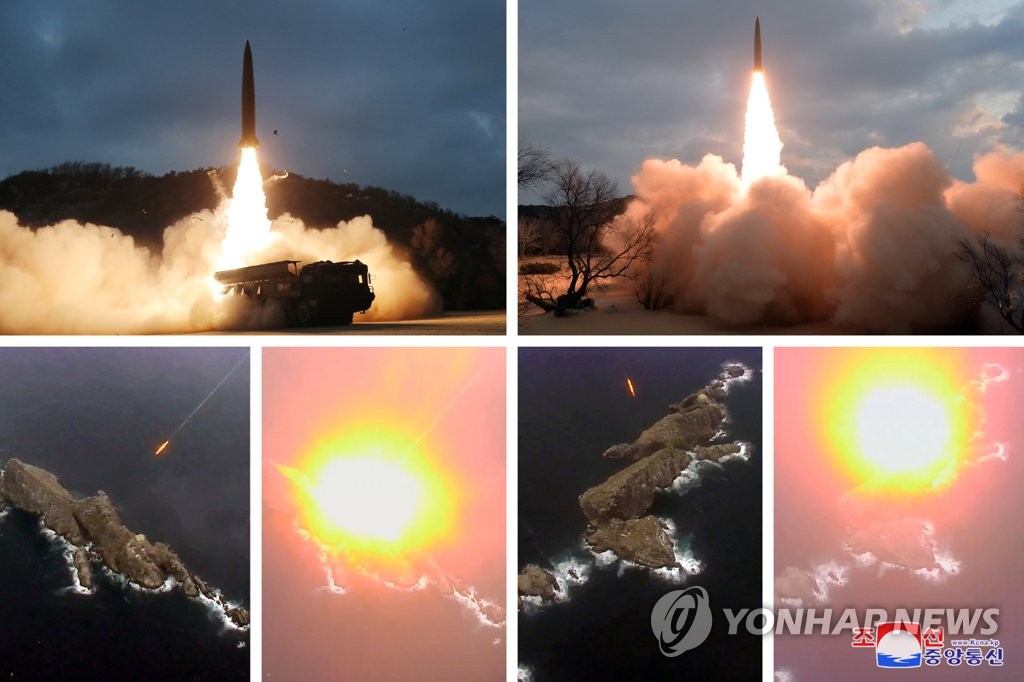 The subsequent test of what appeared to be its variant of Russia's Iskander, or KN-23, on Thursday was aimed at "confirming the power of conventional warhead" for the surface-to-surface tactical guided missile, the state media said.

According to the South Korean military, the latest missiles, launched from near the eastern coastal city of Hamhung, flew about 190 km at a top altitude of 20 km at a five-minute interval.

"The Academy of Defense Science clarified that the missile warhead institute under it will keep developing powerful warheads capable of performing combat function and mission," the report said.

North Korea has been ratcheting up tensions on the Korean Peninsula with a series of missile tests since the start of the year, including two rounds of what it called a hypersonic missile.

Amid an impasse in nuclear negotiations with the U.S., Pyongyang said last week it may consider lifting its yearslong self-imposed moratorium on nuclear and long-range ballistic missile tests. 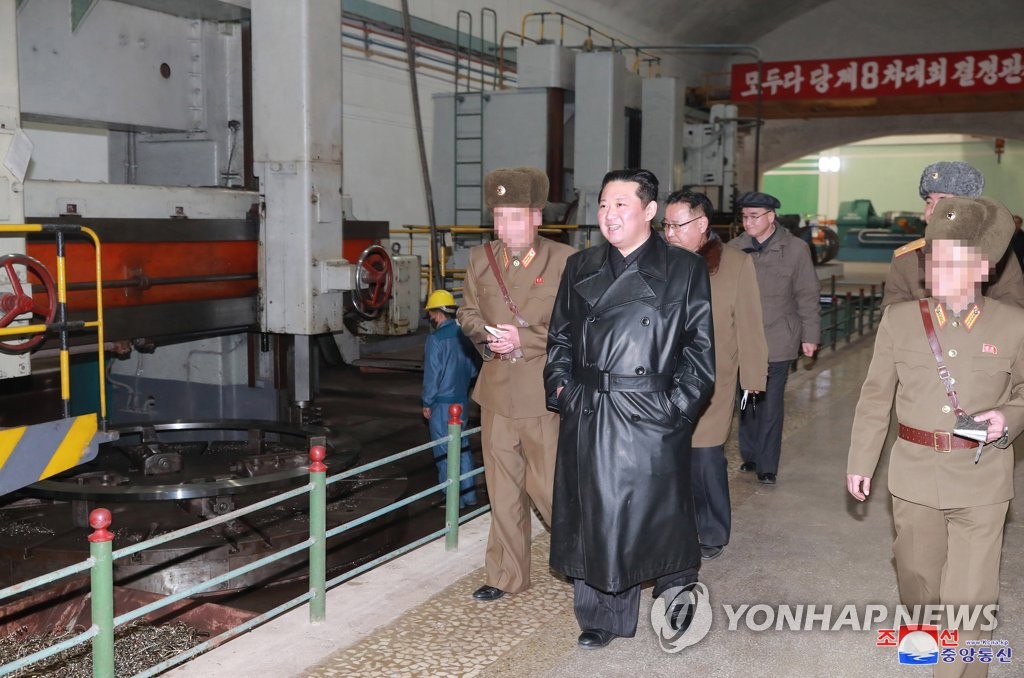