SEOUL, Jan. 28 (Yonhap) -- With gathering restrictions and business curfews in place throughout the pandemic, the alcoholic beverage industry, among other hospitality-related sectors, has faced setbacks from the protracted coronavirus crisis.

But on the back of the shifting drinking culture, such as the growing trend of at-home solo drinking and home parties, and changing demands, the industry is learning to navigate through the pandemic by adapting to new consumer needs.

Within the industry, the wine market has outshined others during the virus crisis, with the nation's wine imports reaching an impressive US$506.2 million in the January-November period of 2021, up 76 percent from a year earlier, according to the Korea Customs Service.

Industry watchers attribute the growth in wine imports to the increase in the number of stay-at-home drinkers, such as parents with young children, drinking by themselves or with family members at home instead of going to bars amid the coronavirus pandemic. 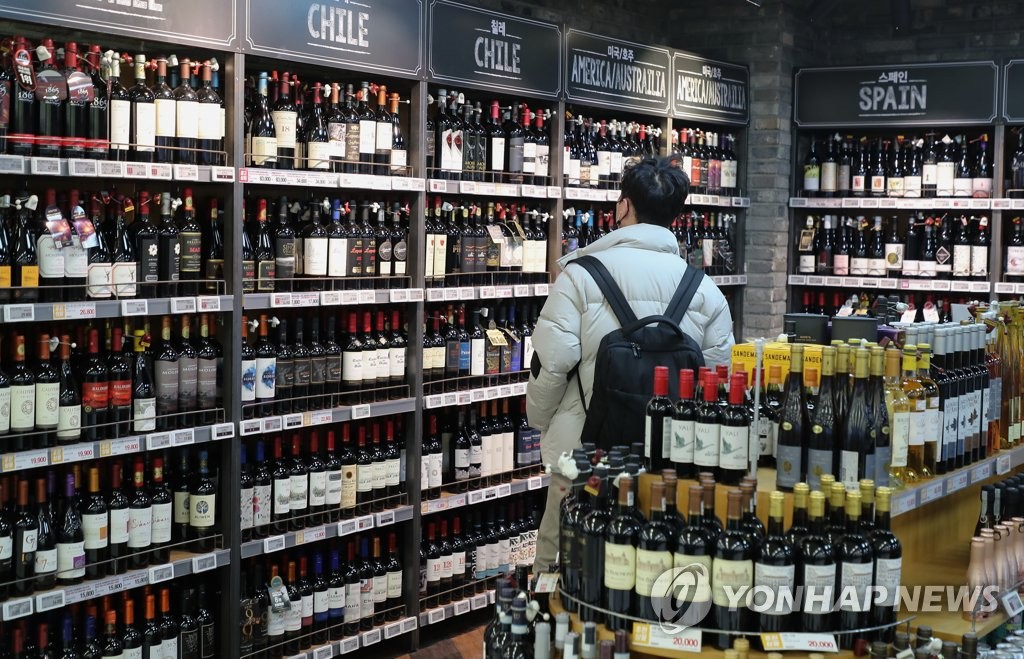 Lee Myung-jin, a working mother of two children living in Mapo, western Seoul, told Yonhap News Agency that she often enjoyed having wine with her husband as a stress reliever recently at home after putting their children to sleep.

"I've rarely met with coworkers at restaurants or bars after work due to concerns of infections," Lee said. "Fortunately, I've been enjoying having wine in the comfort of my home, especially as wine has become more common and affordable nowadays," she added.

Whiskey was also in high demand, with imports hitting a five-year high of $154.3 million in the 11-month period, up 37.4 percent from a year earlier and marking the first on-year rise in three years, amid an increase in demand among young drinkers.

"The growth in demand of wine and whiskey is a reflection of home drinkers wanting to have something that is supposedly higher grade than the common soju or beer," an industry insider said.

A representative at retail giant Emart agreed, saying, "Sales of whiskey have increased dramatically, as it has grown popular among young consumers."

To meet demand for more diversity in alcohol strength levels, companies have released new products with weaker alcohol percentages to cater to women and younger consumers who prefer smoothness in their drinks.

The South Korean unit of London-based Diagio PLC, which owns the Johnnie Walker and Windsor whisky brands, has released W 19 and W Honey spirit products, both with a lowered alcohol percentage of 32.5 percent.

The South Korean subsidiary of France-based Pernod Ricard, which owns the Ballantine and Chivas Regal spirit brands, also reported sales growth of 31.6 percent in 2020 and is also largely expected to see increased earnings for 2021. 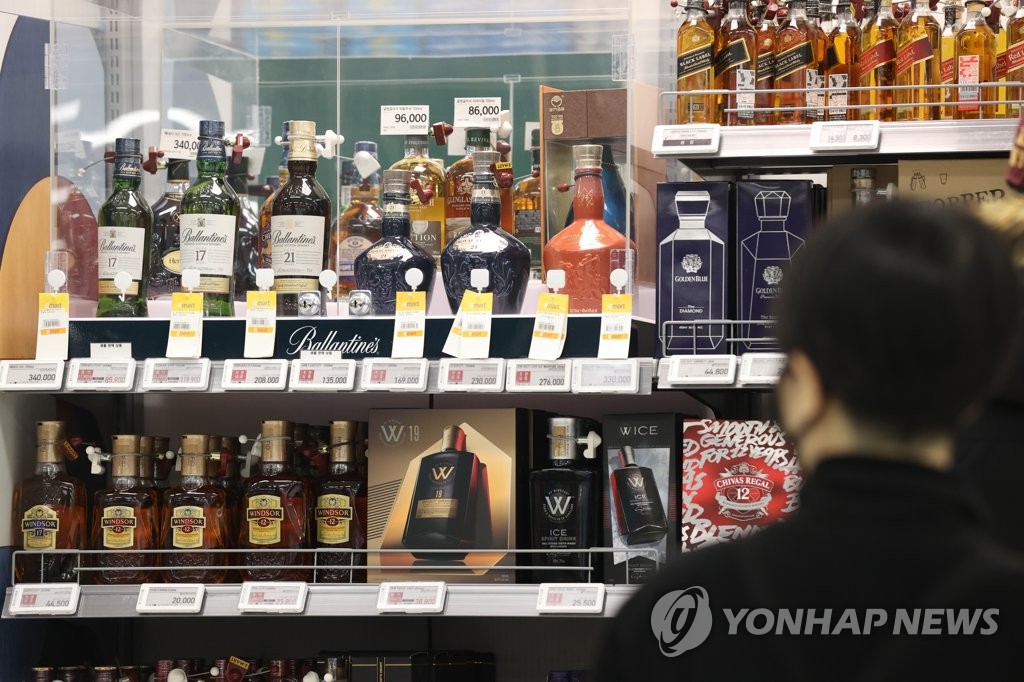 Local beer and soju makers, which rely heavily on supplies to restaurants and bars, are still struggling from the fallout of business curfews. Hite Jinro Co., maker of the lager beer product Terra, for example, suffered a 30.31 percent loss in operating profit in the third quarter of last year.

Hence they are trying to offset further risks by now focusing their business more toward the consumer retail market and also tapping the growing craft beer market to deliver more diverse and unique tasting products.

With the fast spread of the omicron variant, industry watchers also expect companies this year to adapt to changing market conditions by presenting more choice in terms of packaging sizes and variety in alcohol level strengths of new and existing products.