SEOUL, Jan. 28 (Yonhap) -- Traffic on some highway sections began to slow Friday as people hit the road to visit their hometowns or go on trips during the Lunar New Year holiday despite the coronavirus pandemic.

This year's Lunar New Year holiday runs from Monday to Wednesday and is extended by two days due to the preceding weekend.

The government urged people to refrain from traveling during the holiday to prevent the spread of COVID-19. The nation reported a record 16,096 new cases Friday. 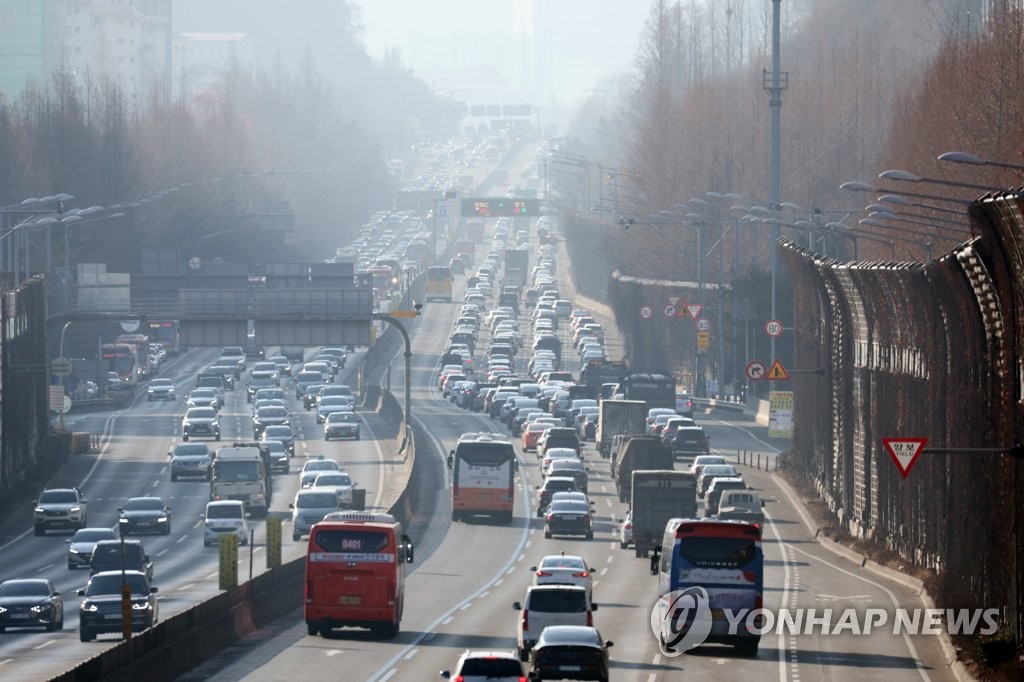 As of 7:47 p.m., some sections of the Gyeongbu Expressway, which links Seoul to the southeastern port city of Busan, slowed due to outbound cars, according to Korea Expressway Corp. (KEC).

Traffic also began to be congested on some sections of the West Coast Expressway, which connects Seoul to the southwestern city of Mokpo.

KEC estimated around 4.97 million vehicles will hit the road nationwide Friday, with 460,000 traveling from the greater Seoul area to the provinces and 450,000 vice versa.