YANGJU, South Korea, Jan. 29 (Yonhap) -- Rescuers located one worker who was buried in a landslide Saturday in a quarry, but the worker was presumed to be dead, a fire department official said. Rescue operations are under way to find the remaining two buried workers.

Seven excavators were mobilized to find the buried workers, but rescue operations were hampered by huge amounts of soil. 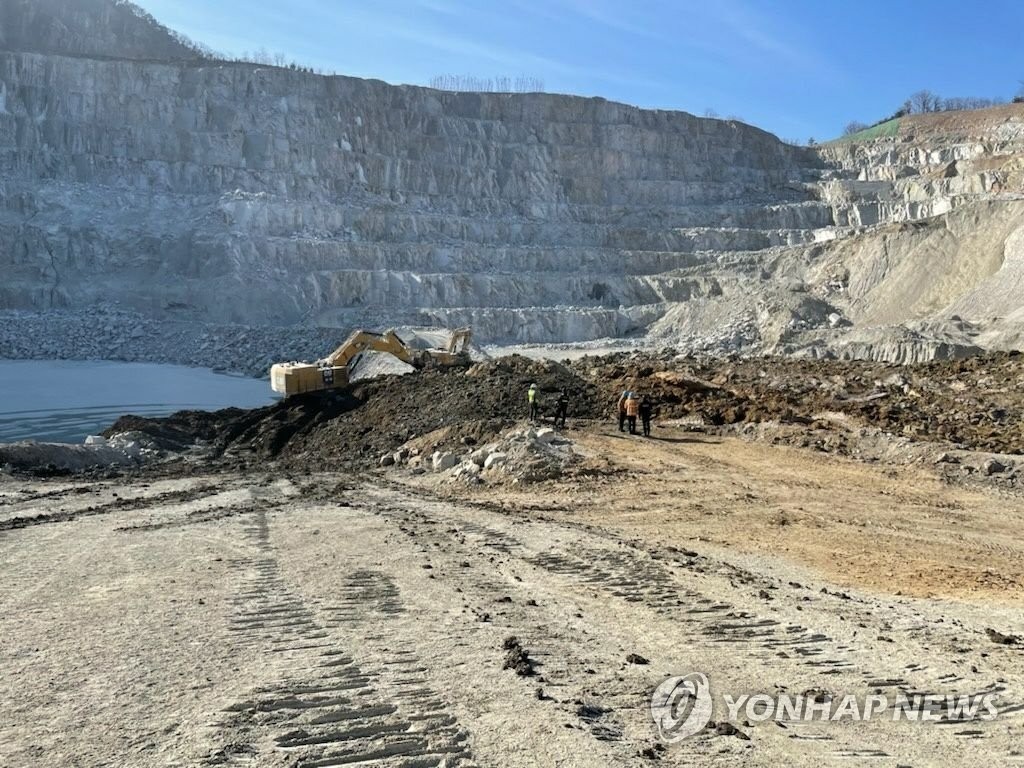