Rescue operations are under way to find the remaining one missing worker.

Fifty firefighters, 20 pieces of equipment, and a rescue dog were mobilized to find the buried workers, but search operations were hampered by huge amounts of soil, estimated to be 20 meters tall, according to officials.

Under the new law, owners and CEOs of companies with five or more employees can face a minimum one-year prison sentence or a fine of up to 1 billion won (US$833,000) in the event of serious workplace disasters.

Sampyo, which employs 930 workers, is expected to become the first company to be punished by the law, according to the labor ministry.

The labor ministry said it plans to launch an investigation to see if the company has violated the workplace disaster law.

Later in the day, Sampyo released a statement delivering an apology to the victims' families.

"We will spare no effort to cooperate with related authorities and pay full attention to rescuing the missing worker and maintaining safety at the scene," the company said.

Sampyo added it will faithfully cooperate with the investigation and make efforts to prevent the possible recurrence of similar incidents. 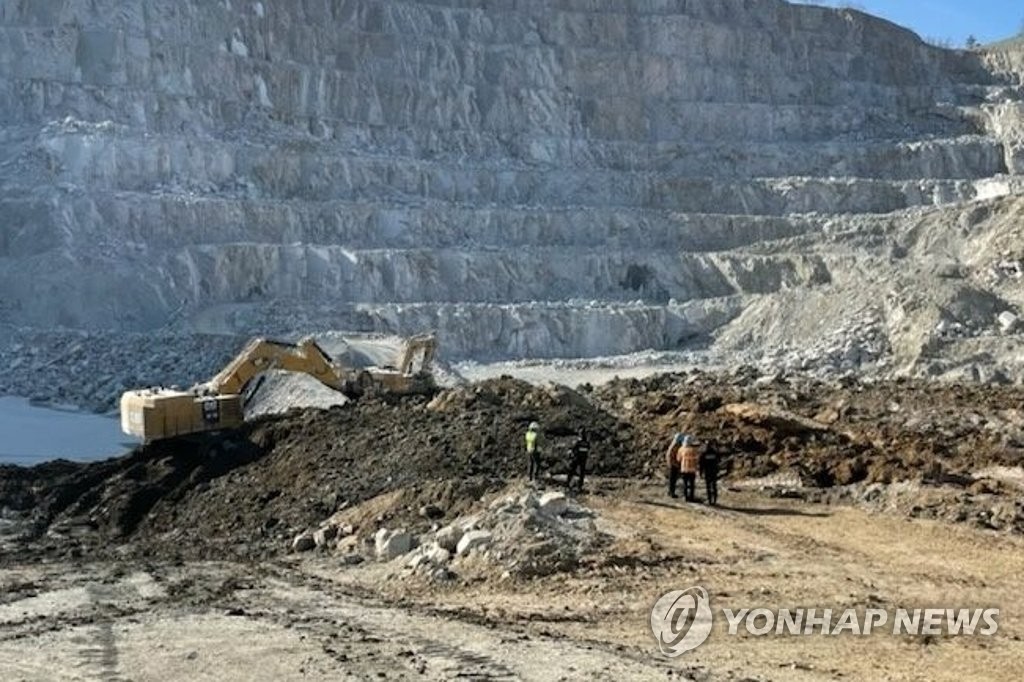