The North fired what it claims to be surface-to-surface tactical guided missiles on Thursday, just two days after its apparent long-range cruise missile test.

The North conducted four other launches this month, including those of self-proclaimed hypersonic missiles on Jan. 5 and 11.

The recent bouts of the North's saber-rattling also came as it seeks to tighten up internal unity amid the fight against the COVID-19 pandemic and persistent economic woes stemming from debilitating sanctions. 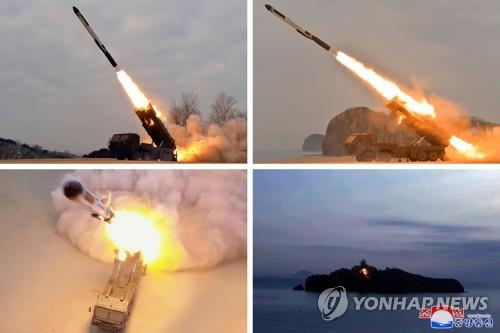