Moon made the remarks while presiding over a plenary meeting of the National Security Council (NSC) for the first time in about a year, an indication of how seriously he takes the launch of what is believed to be the longest-range missile the North has fired in recent years.

South Korea's Joint Chiefs of Staff said the North's missile flew about 800 kilometers at a top altitude of 2,000 km. The flight data indicated that North Korea has test-launched its biggest ballistic missile since 2017.

The launch also marked the North's seventh show of force this month alone.

"North Korea has kept the moratorium on nuclear tests and ICBM launches so far while expressing a willingness for dialogue. But if it did fire an intermediate-range ballistic missile, we can consider they have moved closer to scrapping the moratorium," Moon was quoted as saying during the meeting.

Moon called for North Korea to stop creating tension and respond to international calls for dialogue.

Moon said the North's latest launch was "a challenge for denuclearization of the Korean Peninsula, peace and stability on the Korean Peninsula, and diplomatic efforts by the international community, as well as an act that violates the U.N. Security Council resolution," according to the statement.

During the meeting, Moon said North Korea may repeat a situation shown in 2017, when Pyongyang heightened tensions by launching intermediate-range and intercontinental ballistic missiles.

"North Korea must immediately stop actions that create tensions on the Korean Peninsula and instability in the regional situation while maintaining the moratorium," the presidential office said in a separate statement.

Since the start of this year, North Korea has been ratcheting up tensions with a series of missile launches as the United States stepped up sanctions pressure amid stalled denuclearization talks between the two countries.

On Jan. 20, Pyongyang made a thinly veiled threat to lift its yearslong moratorium on nuclear and long-range missile tests, sparking speculation it would engage in more provocative actions down the road. 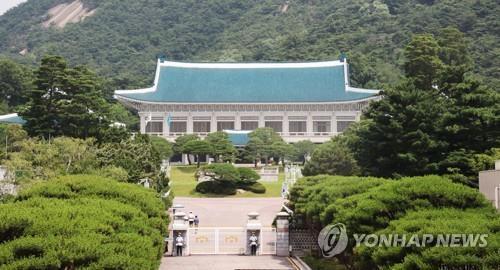