Yoon of the conservative People Power Party wrote the words "Additional THAAD deployment" on his Facebook page and did not elaborate.

The candidate has previously expressed support for the controversial missile defense system, which China has condemned as a threat to its national security.

In November, he told foreign correspondents in Seoul that decisions regarding THAAD deployment are a "sovereign matter" of the South Korean government that could lead to the system being upgraded.

The Terminal High Altitude Area Defense system, or THAAD, was deployed in South Korea in 2017 to deter North Korea's nuclear and missile provocations.

China responded to the deployment by staging a massive economic retaliation campaign against Seoul. 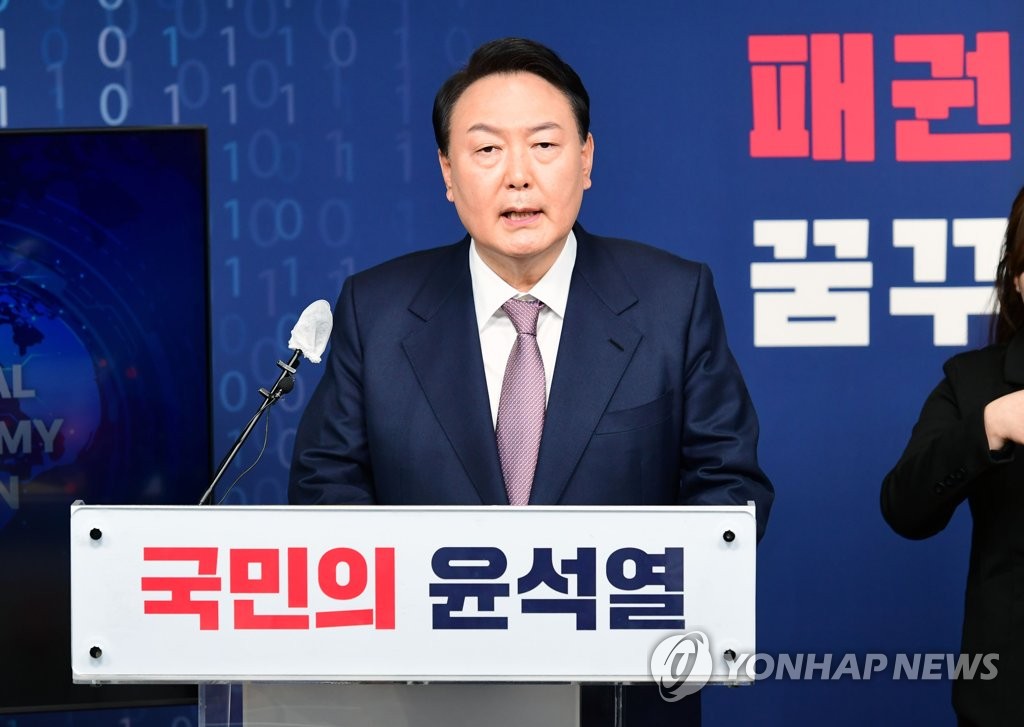