North Korea fired what appeared to be an intermediate range ballistic missile on Sunday (Seoul time).

"The Secretary-General condemns the launch of a ballistic missile of possible intermediate-range by the Democratic People's Republic of Korea (DPRK) on 30 January," a spokesperson for the top U.N. official said in a released statement, referring to North Korea by its official name.

"This is a breaking of the DPRK's announced moratorium in 2018 on launches of this nature, and a clear violation of Security Council resolutions," added the statement. 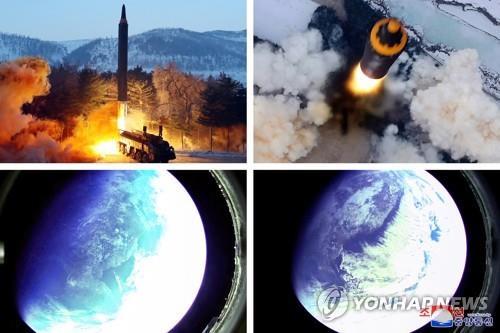 Its leader Kim Jong-un, however, said in 2019 that he no longer felt bound by such restrictions. The North also said earlier this month that it would consider restarting "all temporarily-suspended activities."

The country has so far staged seven rounds of missile tests since the start of this year, mostly involving short-range missiles.

"It is of great concern that the DPRK has again disregarded any consideration for international flight or maritime safety," the U.N. spokesperson said.

"The Secretary-General urges the DPRK to desist from taking any further counter-productive actions and calls for all parties to seek a peaceful diplomatic solution."