SEOUL, Feb. 2 (Yonhap) -- South Korea have clinched an early berth for the 2022 FIFA World Cup with their latest victory in the ongoing qualification phase.

Kim Jin-su and Kwon Chang-hoon had a goal apiece to push South Korea past Syria 2-0 in Group A action in Dubai on Tuesday (local time) in the final Asian qualifying round for the World Cup. The match took place at Rashid Stadium in Dubai as the neutral venue, with the war-torn Syria unable to host matches. 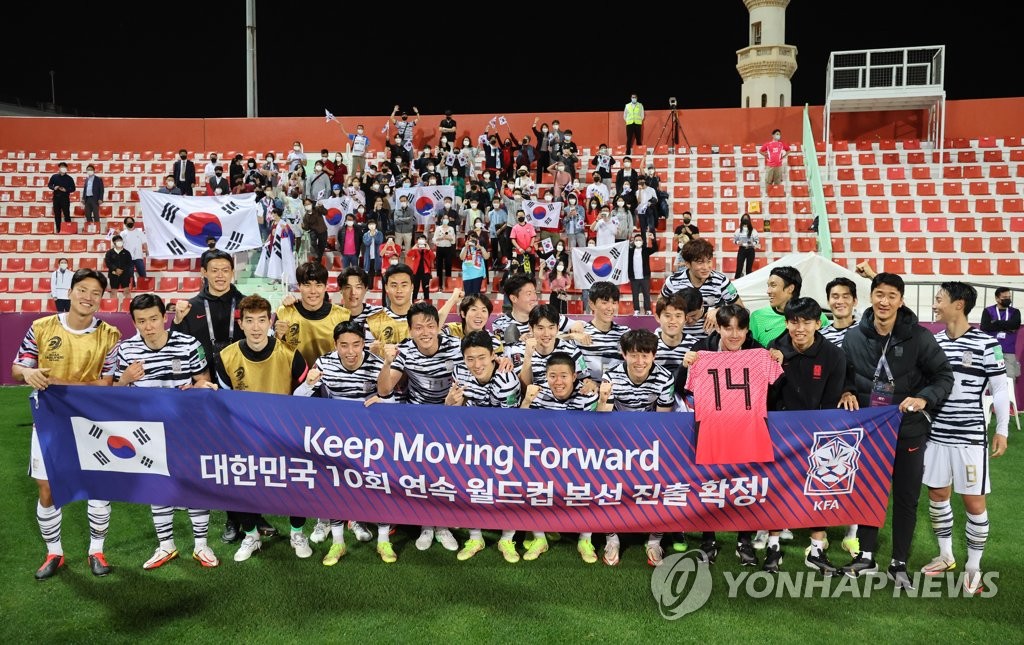 The victory assured South Korea of at least the second seed and thus one of two automatic spots out of Group A. There are two groups of six in the final round, and the top two nations from each directly qualify for the World Cup in Qatar, while the two third-place teams will compete in a final playoff.

Iran became the first team out of Group A to clinch a spot by beating Iraq 1-0 last Thursday. And with two matches remaining, South Korea joined them.

South Korea will make their 10th consecutive appearance at the World Cup in November, and their 11th overall. They have played at every tournament since 1986 in Mexico. 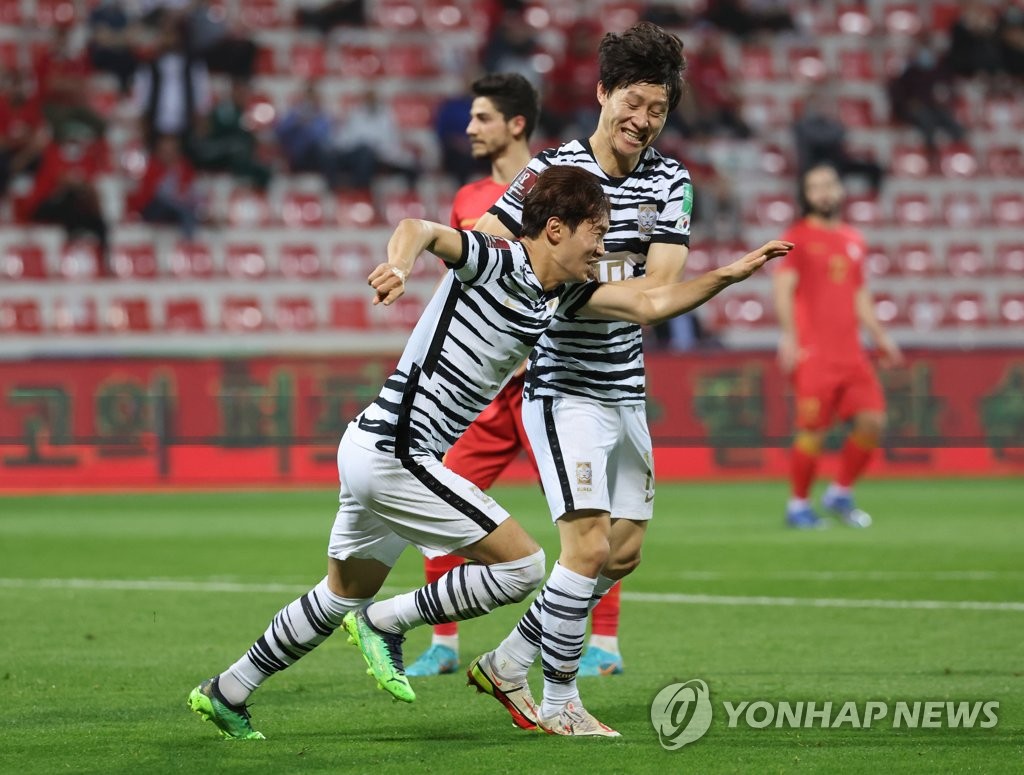 The teams were scoreless at halftime, with Syria threatening to take the lead on a couple of occasions.

South Korea breathed a huge sigh of relief in the 10th minute when Omar Khribin's header, set up by Mahmoud Al-Mawas's free kick, was wiped out on an offside call. A video review of the play let the original call stand.

About four minutes later, South Korean left back Kim Jin-su took a shot from a tough angle that hit the left side of the net.

Kim nearly found himself at the wrong end of a Syrian scoring play in the 24th minute. His pass back to goalkeeper Kim Seung-gyu was picked off by Al-Mawas, who rolled the ball just left of the net.

Cho Gue-sung's diving header went off target for South Korea near the end of the opening half. South Korea didn't have a shot on target in the first 45 minutes. 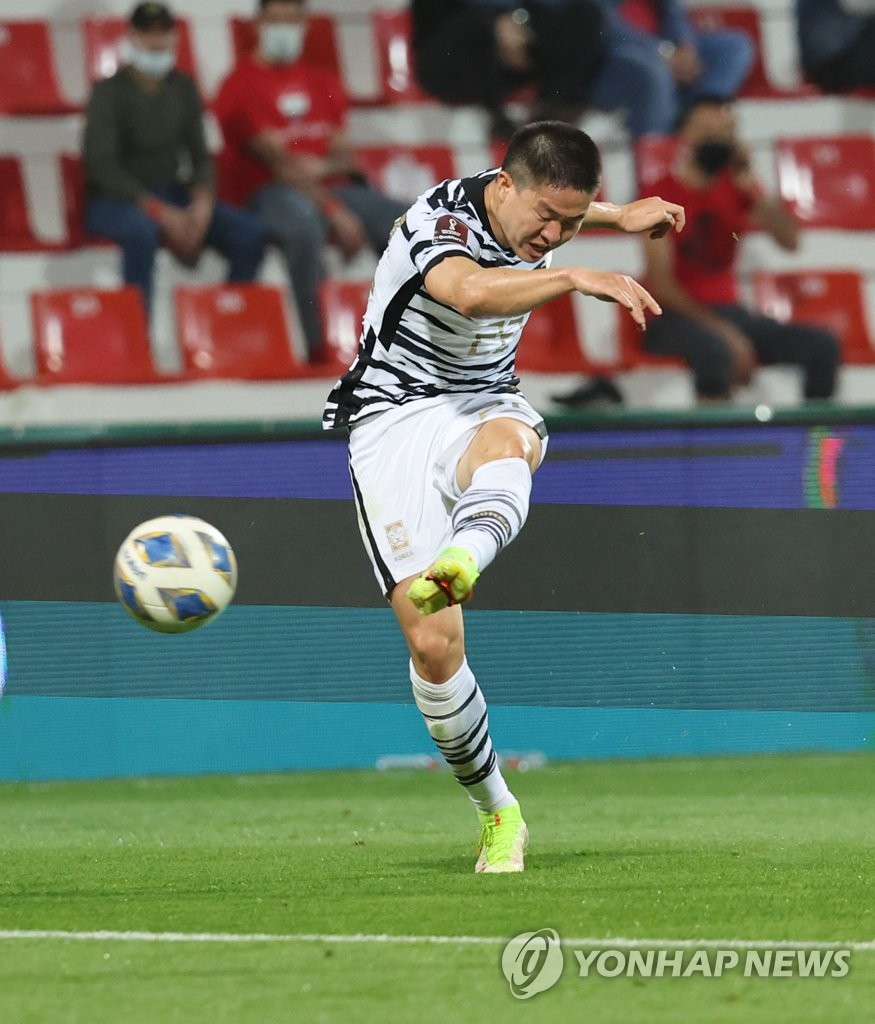 Kim Jin-su, who had gone from a near hero to a near pariah, finally got his moment to shine in the 53rd minute. He soared to meet Kim Tae-hwan's cross from the right wing and headed in the match's opening goal. It was Kim's second international goal, and his first had also come at Rashid Stadium during the Asian Football Confederation (AFC) Asian Cup in January 2019.

Syria wasted a chance to level the score in the 70th minute, when Kamel Hmeisheh decided to cross the ball to the middle despite having a great look at the net down the right side of the box.

And South Korea made them pay in the very next minute, as Kwon Chang-hoon, who was brought in off the bench to begin the second half, doubled the lead with a great individual effort. After securing the ball on the right side, Kwon cut to the middle and fired a left-footed shot into the short side. The midfielder has now scored three goals in his past four matches, all within a 16-day span. 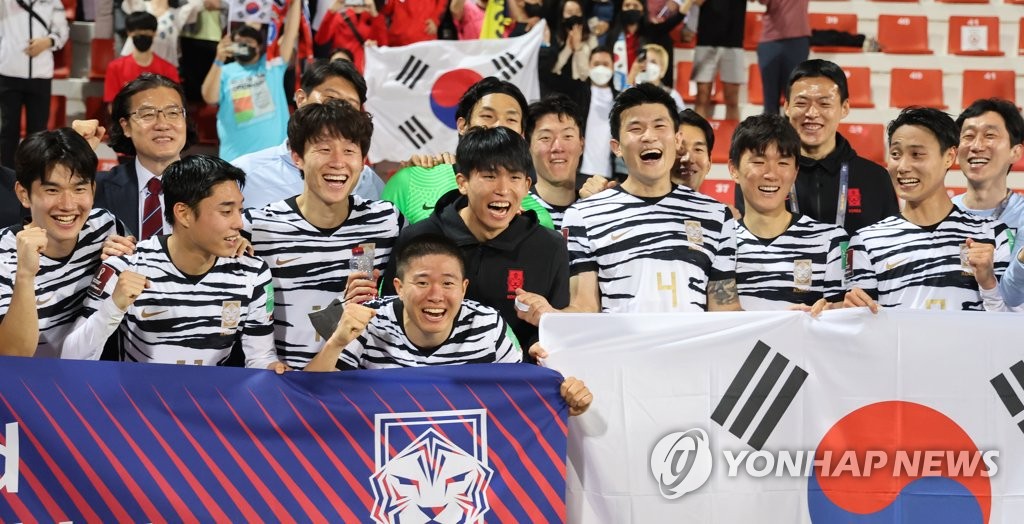