SEOUL, Feb. 2 (Yonhap) -- With two matches remaining in the final Asian qualifying round for the 2022 FIFA World Cup, South Korea have already claimed a ticket to Qatar for the big tournament.

They blanked Syria 2-0 in their latest Group A match at Rashid Stadium in Dubai on Tuesday, and guaranteed themselves one of two automatic berths out of the group, alongside Iran. Iran lead South Korea 22-20 in points, and they will play each other on March 24 in South Korea. 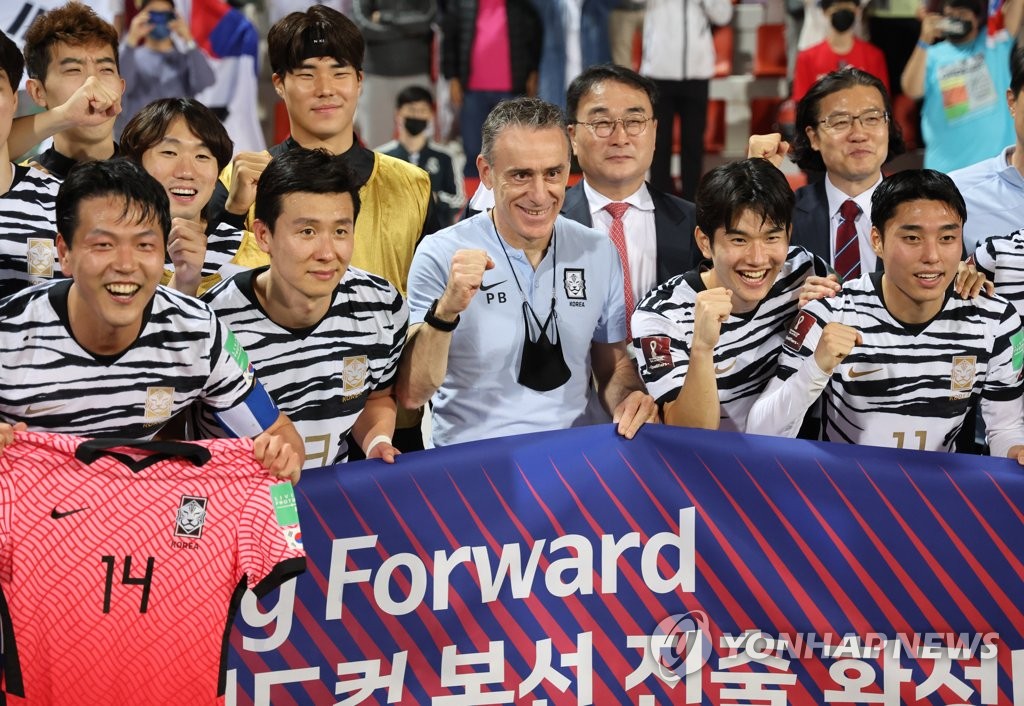 With the top seed in the group still up for grabs, South Korea's head coach Paulo Bento insisted he will not allow his players take their foot off the pedal.

The last time South Korea won their group in the final World Cup qualifying round was the summer of 2009, one year before the 2010 World Cup in South Africa. In the next two qualifying campaigns, South Korea barely grabbed their automatic tickets.

This time, they clinched a place with time to spare, and Bento spent a good chunk of his postmatch press conference acknowledging his players. 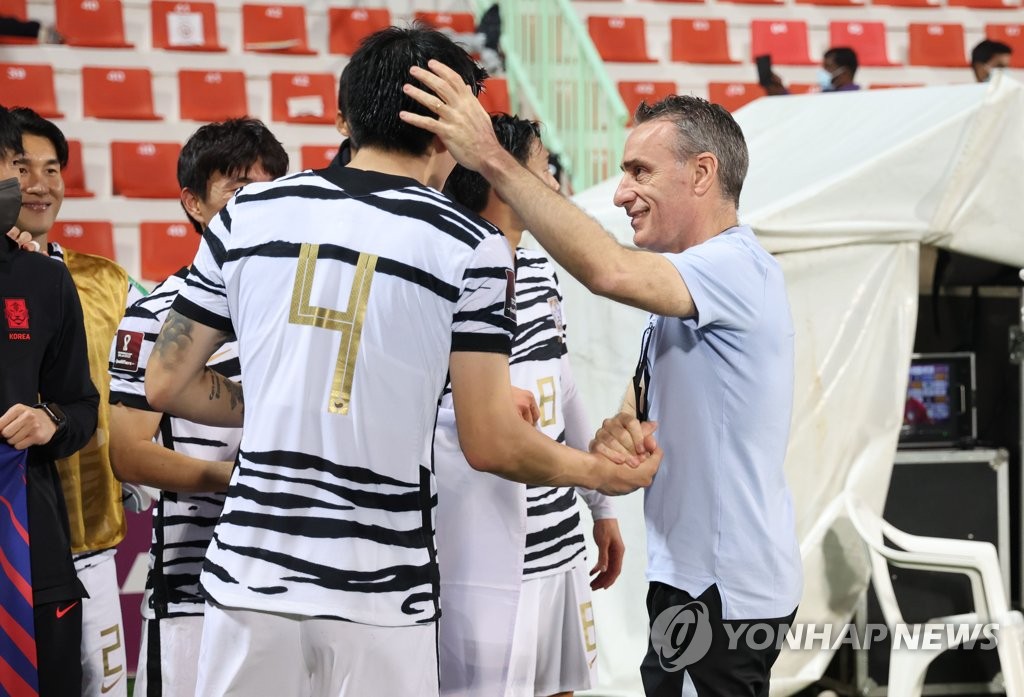 "I'd like to congratulate everybody that was involved in these qualifiers. All of them," said Bento, referring to everyone from fringe players who have seen little time to national team mainstays. "They're the most important people in this process. This (qualifying round) belongs to them."

Bento's team had boisterous support from South Korean fans in the stands. After the victory, many of them chanted Bento's name, though the coach himself deflected credit and said, "People recognized the work that we did during this process."

With stringent COVID-19 countermeasures in place, South Korea have played most of their World Cup qualifying matches in the past couple of years without fans in the stands. Their next Group A game is against Iran on March 24 and it will be the final home match for South Korea this round.

Bento said he'd like to have a chance to thank South Korean football fans in person at the final home game.

"We hope that in the game against Iran, we can have fans in the stadium and have their support," he said. "I think the best way to say thanks to them is to make a good performance and reach a good result." 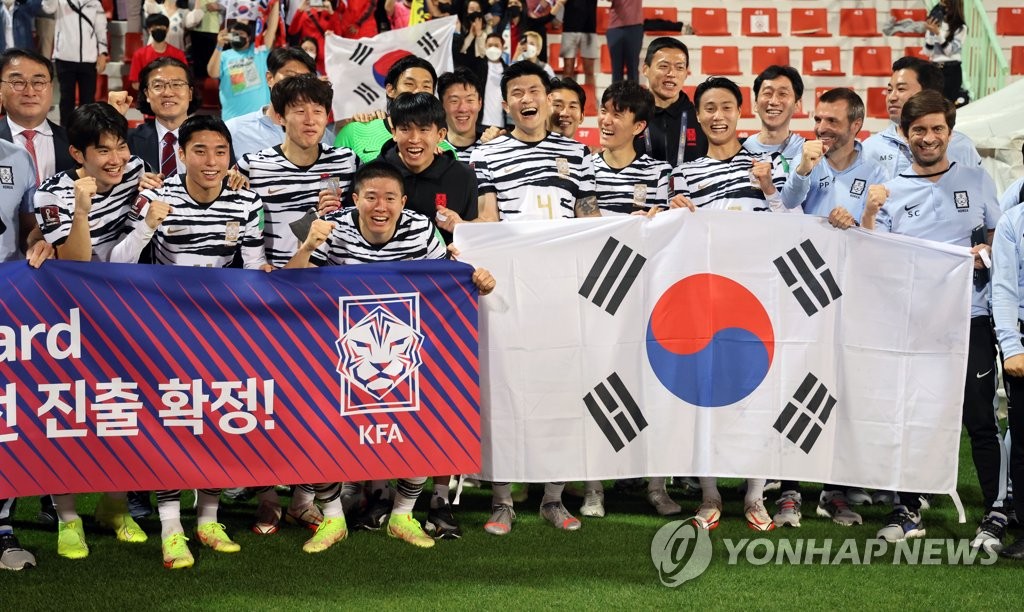 S. Korea coach not letting up after early qualification for FIFA World Cup

S. Korea coach not letting up after early qualification for FIFA World Cup