SEOUL, Feb. 2 (Yonhap) -- South Korea faced a reduced number of import curbs from trade partners last year for the first time in a decade amid the pandemic, a trade body said Wednesday.

The country was subject to 206 import regulations from 28 countries as of end-December, down 22 from a year earlier amid a decline in global trade during the pandemic, according to a report from the Korea Trade-Investment Promotion Agency (KOTRA).

It marks the first on-year decline from the largest-ever number of import restrictions targeting Asia's fourth-largest economy in 2020.

Last year, anti-dumping cases amounted to 158, with safeguards and countervailing tariffs coming to 38 and 10, respectively.

By product, import restrictions on steel and metals were the highest at 99, followed by chemicals with 42, and plastic and rubber products with 24. The remainder was in place for textiles, electric goods and electronics, and machinery.

The report said South Korea may face more trade barriers and import restrictions this year as countries scramble to take the initiative in the recovery in the post-pandemic era. 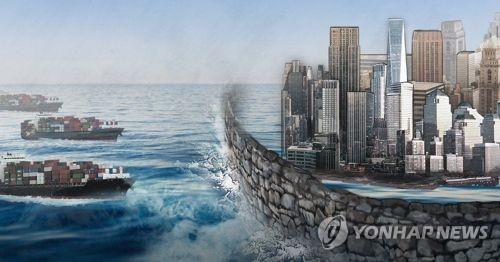