It marks Ri's first public appearance since last September when the couple visited the Kumsusan Palace of the Sun, where the bodies of Kim's late grandfather and national founder Kim Il-sung, and his late father and former leader Kim Jong-il lie in state.

Kim and Ri, along with senior North Korean officials, watched the performance at the Mansudae Art Theater in Pyongyang on Tuesday, the North's official Korean Central News Agency (KCNA) said. 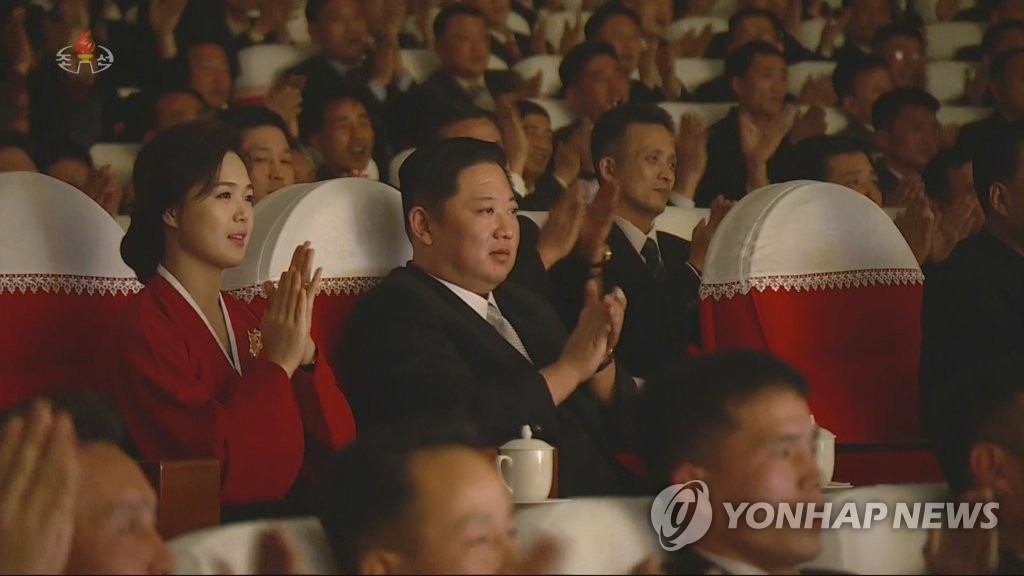 Also attending the performance was Kim's aunt, Kim Kyong-hui, a broadcast by the North's Korean Central Television showed. She had been out of the public eye since her last public activity some two years ago.

The political stature of Kim Kyong-hui, the only sister of the current North Korean leader's late father, Kim Jong-il, has waned since her husband, Jang Song-thaek, was executed in late 2013 for plotting to overthrow the dynastic regime.

She had also been absent from the public scene for about six years since Jang's execution, triggering a flurry of speculation on her health. 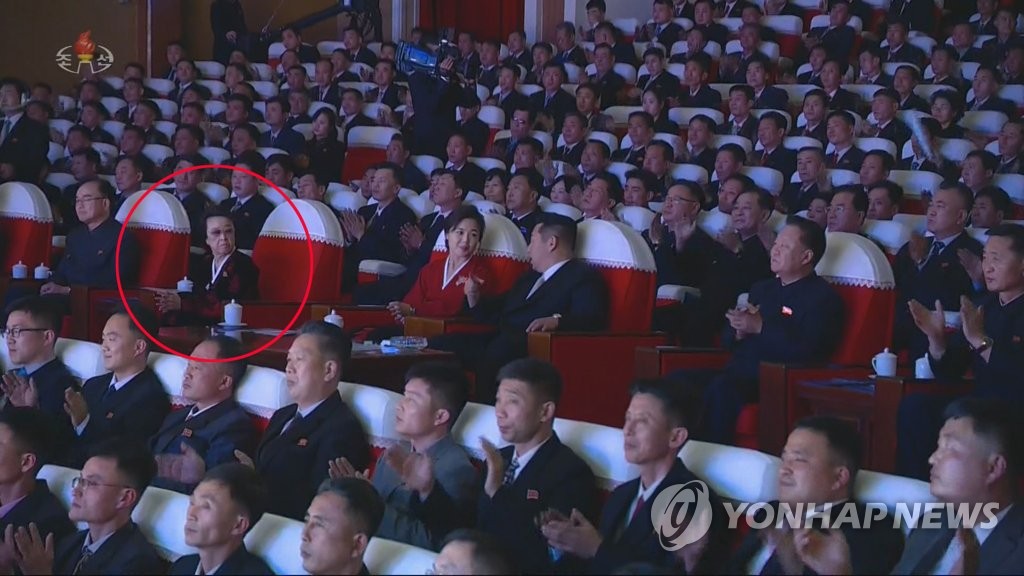 "The respected General Secretary warmly congratulated the audience and the artistes on the Lunar New Year's Day, acknowledging the enthusiastic cheers," the KCNA said in an article, referring to the leader.

Among the senior officials attending the event were Choe Ryong-hae, president of the Presidium of the Supreme People's Assembly; Jo Yong-won, secretary for organizational affairs of the ruling Workers' Party's Central Committee; and Premier Kim Tok-hun.