SEOUL, Feb. 2 (Yonhap) -- South Korea's daily virus cases on Wednesday exceeded 20,000 for the first time since the country reported its first virus case two years ago, due to the fast spread of the omicron variant.

The country reported 20,270 new COVID-19 infections, including 20,111 local cases, raising the total to 884,310, according to the Korea Disease Control and Prevention Agency (KDCA).

The number of critically ill COVID-19 patients was 278, up six from a day earlier. 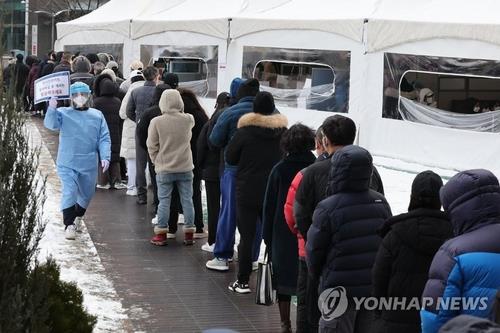 A revised virus response system went into effect Saturday to tackle the wave of omicron, which has become the dominant COVID-19 strain in the country.

Eighty percent of the country's confirmed cases during the last week were omicron. Health authorities have been on high alert over a sharp rise in cases due to increased gatherings of family members during the Lunar New Year holiday running till Wednesday.

Health authorities didn't rule out the possibility of a bigger wave of coronavirus at the end of this month, with daily cases reaching more than 100,000, due to the rapid spread of omicron.

Some 250 testing stations set up at public health centers and large hospitals will adopt both rapid antigen self-tests and polymerase chain reaction (PCR) tests. People can choose which one they want to take, the KDCA said.

The revised regime is designed to minimize critical cases and deaths, while preventing an overload and collapse of the medical system, the health agency said.

The system will expand nationwide after the holiday during which many people move for family gatherings and ritual events, the KDCA said.

Of the locally transmitted cases Wednesday, Gyeonggi Province that surrounds Seoul reported 6,018, followed by Seoul with 4,186 and the western port city of Incheon with 1,396. Cases from overseas rose 159 to 25,516.

As of Wednesday, 27.25 million people, or 53 percent of the country's 52 million population, had received booster shots. The number of fully vaccinated people came to 43.99 million people, accounting for 86 percent. 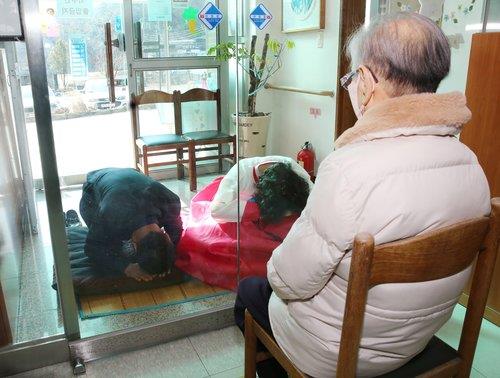