Ambassador Sung Kim made the remarks during phone talks with his Japanese and South Korean counterparts -- Funakoshi Takehiro and Noh Kyu-duk-- respectively, on Saturday and Sunday (Washington time) following the North's test-firing of what it calls the Hwasong 12-type intermediate- and long-range ballistic missile.

"Special Representative Kim underscored the United States' continued readiness to engage in serious and sustained diplomacy with the DPRK in order to make tangible progress," he added.

In the calls, Kim also reaffirmed the "U.S. commitment to the complete denuclearization of the Korean Peninsula and our ironclad commitment" to the defense of South Korea and Japan, the spokesperson said.

The North's latest missile launch on Sunday (Korea time) marks the North's seventh show of force this year and by far its biggest weapons test since the test-firing of its self-proclaimed intercontinental ballistic missile (ICBM) in November 2017.

Meanwhile, the Chosun Sinbo, a pro-North Korea newspaper in Japan, defended the missile launch as the North's exercise of its "right to self-defense," stressing a sovereign nation has a "legitimate" right to strengthen defense capabilities.

"If any country does not take issue with the test launch of a missile in the North or the firing aimed at selectively evaluating the missile ..., tensions on the Korean Peninsula would not flare up," the paper said.

Sunday's launch came amid fears that Pyongyang could engage in more provocative acts down the road to make good on its thinly veiled threat last month to lift its yearslong voluntary moratorium on nuclear and long-range missile tests. 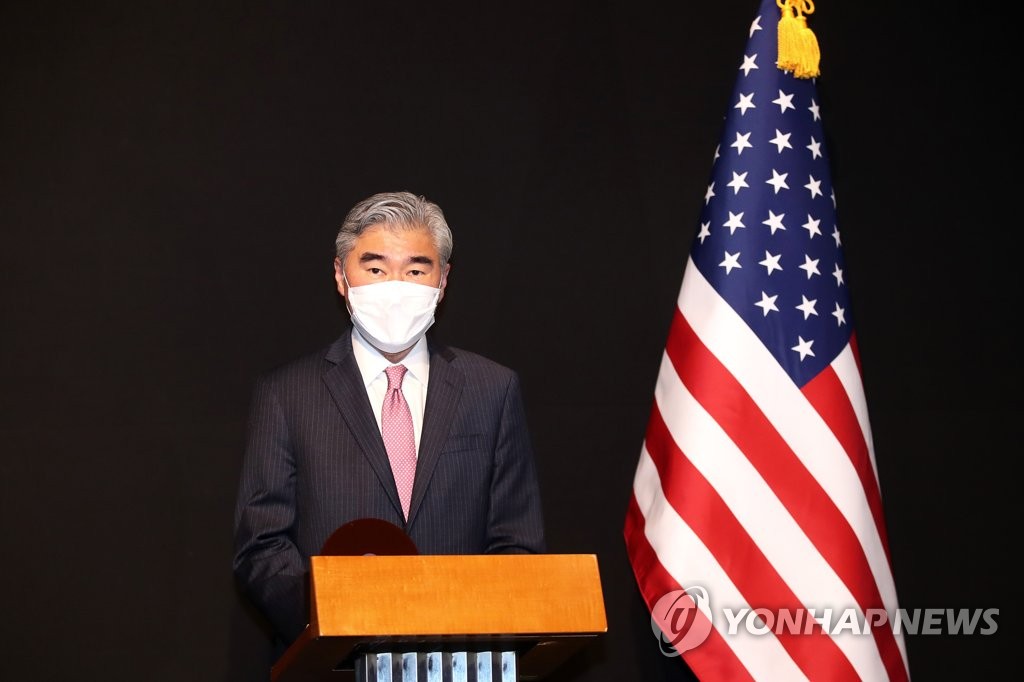