SEOUL, Feb. 2 (Yonhap) -- Hyundai Motor Co. and its affiliate Kia Corp. said Wednesday they sold more than 100,000 units of electric vehicles equipped with their own EV platform since April in global markets.

Last year, Hyundai Motor launched the Hyundai IONIQ5 and the GV60 SUV under its independent Genesis brand, while Kia released the EV6 sedan mounted on the group's own electric-global modular platform (E-GMP).

The all-electric models' sales stood at 96,578 units from April to December. In the first three weeks of January, they sold a combined 4,000 units of the models.

Hyundai and Kia said last year they will launch a total of 11 kinds of EVs with the dedicated platform.

Hyundai plans to introduce the IONIQ 6 this year and the IONIQ 7 large SUV in 2024. It adopted alphanumeric names like its bigger rivals, such as BMW, whose models are named Series No. 1-8. 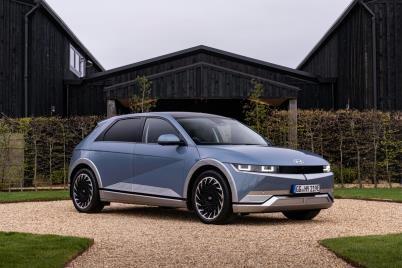