BEIJING, Feb. 2 (Yonhap) -- The athletes and coaches alike have been placed under a strict order not to give media interviews. They skipped three official training sessions over the past two days. Other than names of the athletes competing at the upcoming Beijing Winter Olympics, little else is known about the current state of their squad. 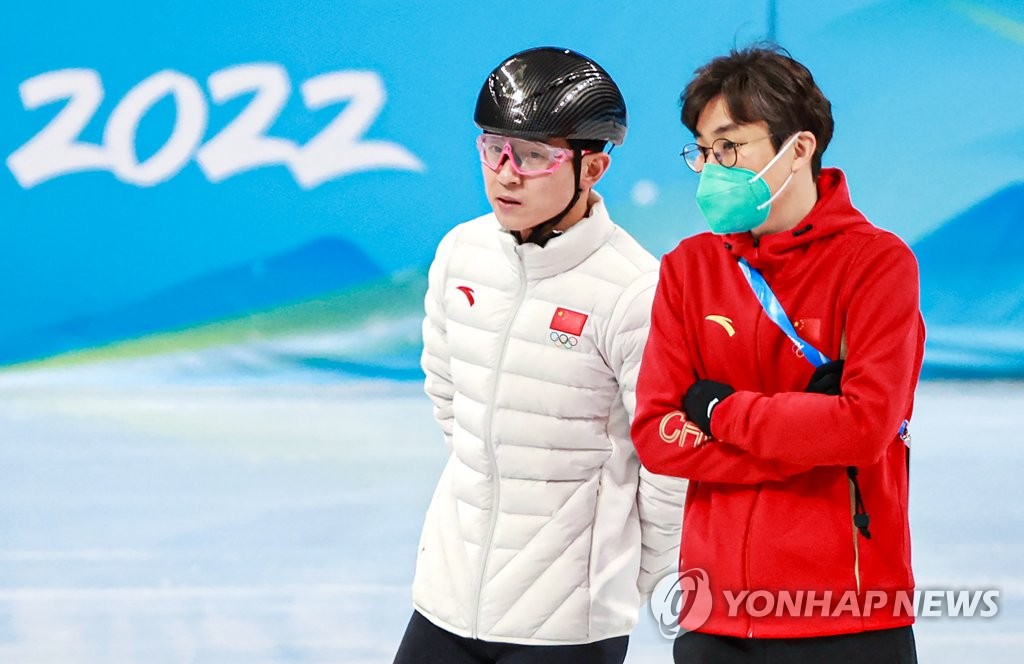 China has drawn paticular interest from South Korean media here thanks to some prominent Korean names on its coaching staff. Victor An, a six-time Olympic gold medalist born Ahn Hyun-soo in South Korea but since naturalized as Russian, is providing technical support for China. The team's head coach is Kim Sun-tae, who served in the same role for South Korea when it claimed three out of eight gold medals at stake at the 2018 PyeongChang Winter Olympics.

South Korea has so far won 24 short track gold medals, more than any other country in Olympic history. China is in second place with 10 gold and will try to narrow that gap on home ice this month.

Perhaps China is trying to keep pressure off the shoulders of skaters already carrying the weight of the nation, or to keep things under wraps from watchful eyes of its rival countries. One Chinese journalist said it has been over a month since any Chinese short tracker had granted an interview. 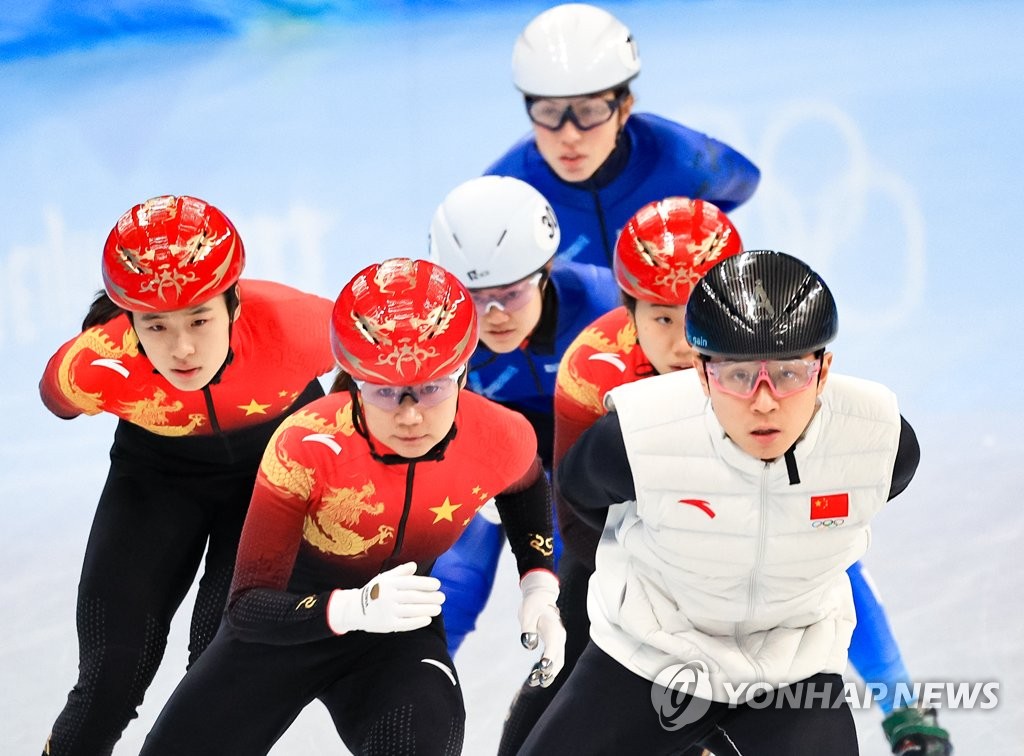 An, the most decorated Olympic short track speed skater, took the ice with his athletes on Sunday.

Looking like he could still compete, the 36-year-old coach went through some relay drills with his athletes. All told, he trained with Olympic skaters for some 50 minutes without looking out of his depth.

An politely declined a request for comment afterward, saying he was under a gag order from the Chinese national federation.

China didn't come out for two training sessions on Monday and for the morning session on Tuesday. But its skaters returned to the ice at Capital Indoor Stadium Tuesday afternoon.

As had been the case on Sunday, An skated alongside his athletes as they prepared for the inaugural mixed team relay race. The brand new event is scheduled for Saturday, one day after the opening ceremony, as the first short track medal race in Beijing.

Neither An nor Kim was available for comment after the session.

For their part, South Korean short trackers have said all the right things about their preparation this week. Choi Min-jeong, a double gold medalist from PyeongChang 2018, said Monday that she will try her best to avoid any collision with Chinese skaters, some of whom have been known for physical and at-times handsy antics. 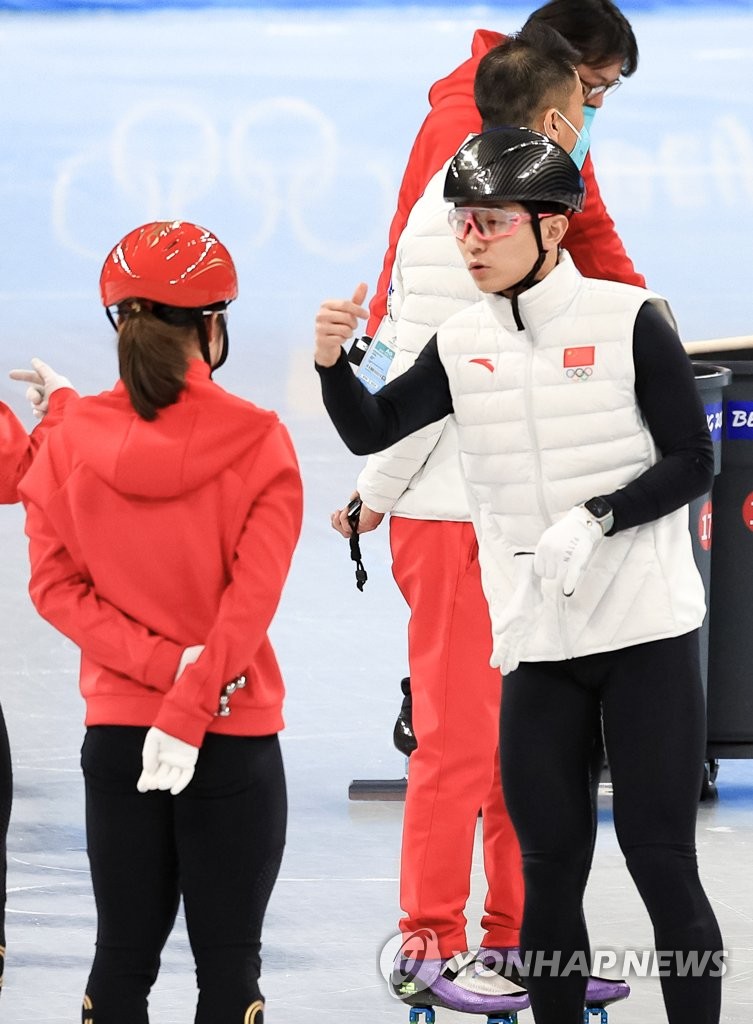 Retired Olympic champion Park Seung-hi, in Beijing as a television commentator, almost fell victim to a particularly egregious bit of action by a Chinese skater, Fan Kexin, at Sochi 2014.

Park narrowly beat Fan for the gold medal in the women's 1,000m, and as they came down the finishing line, Fan attempted to grab Park from behind. Park managed to maintain her balance as she crossed the line first, but the situation could have been disastrous.

Fan is back for another Olympics, but Park, now with a view from the broadcast booth, offered this bit of advice to South Korean skaters: don't worry too much about the Chinese.

"We can't get too conscious of the Chinese skaters only, because athletes from many different countries, such as the Netherlands, have improved a great deal," Park said Tuesday. "If we don't pay attention to those other nations, we could be in trouble."

Park, who retired with two gold medals and three bronze medals across two Olympics said she feels South Korea is still superior to China, despite China's hiring of Korean-born coaches.

"If the athletes try to do too much, then they're bound to make mistakes," Park added. "I think they should just relax and try to enjoy the experience." 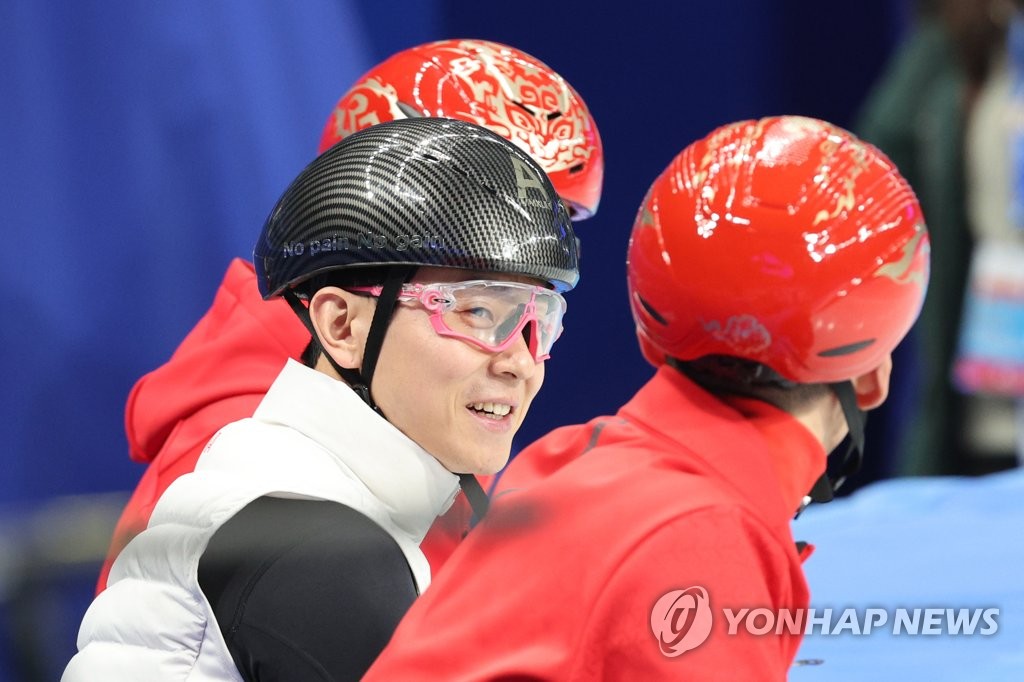