GWANGJU, Feb. 2 (Yonhap) -- Rescue workers on Wednesday discovered the body of one more person trapped under rubble at the site of a collapsed apartment building under construction in the southwestern city of Gwangju.

The body was found on the 26th floor of the damaged building in Gwangju, about 330 kilometers south of Seoul, as search operations have continued for more than three weeks.

Rescue workers said it would take some more time to retrieve the body.

The exterior walls of the 39-story building under construction in Gwangju crumbled on Jan 11, trapping six construction workers at the site. Two others remain unaccounted for.

Earlier in the day, the 25-ton concrete structure on the wall also collapsed, forcing 150 rescuers to evacuate. No new casualties were reported. 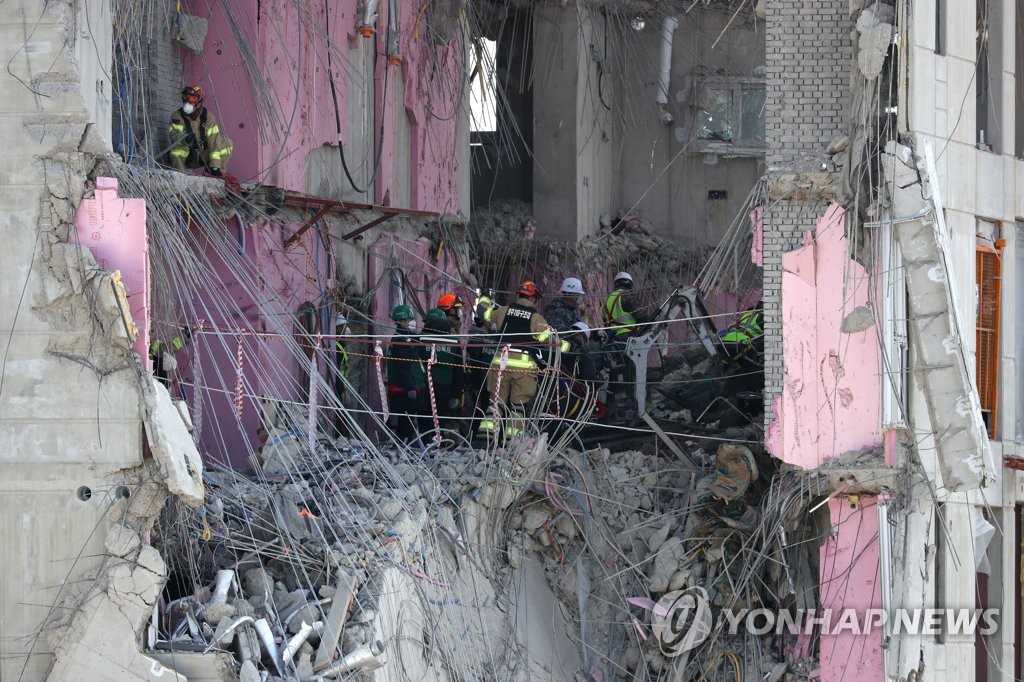