Hong said the government is committed to implementing its current real estate policy with a focus on increasing the home supply in a bid to stabilize housing prices.

Sales prices of apartments in Seoul fell 0.01 percent in the fourth week of January from a week earlier, marking the first decline in 20 months, according to the Korea Real Estate Board.

The index measuring people's expectations for housing prices came to 100 for January, down seven points from a month earlier, according to a survey by the Bank of Korea (BOK).

Hong has warned of a potential fall in housing prices, saying excessive demand for homebuying could decline, affected by the BOK's rate hikes and tighter lending rules.

On Jan. 14, the BOK raised the key interest rate by a quarter percentage point to 1.25 percent. It marked the third rate increase since it made its first pandemic-era rate hike in August last year.

Since July last year, the financial regulator has applied stricter lending calculations for mortgage loans to put a lid on growing household debt.

The government has unleashed a series of comprehensive measures to stem rising home prices, including tax hikes and tighter lending rules. But the regulation resulted in only a short-term letup in rising housing prices due to strong demand for home purchases.

In February last year, the government unveiled a plan to increase the number of new homes by up to 836,000 nationwide in the next four years. 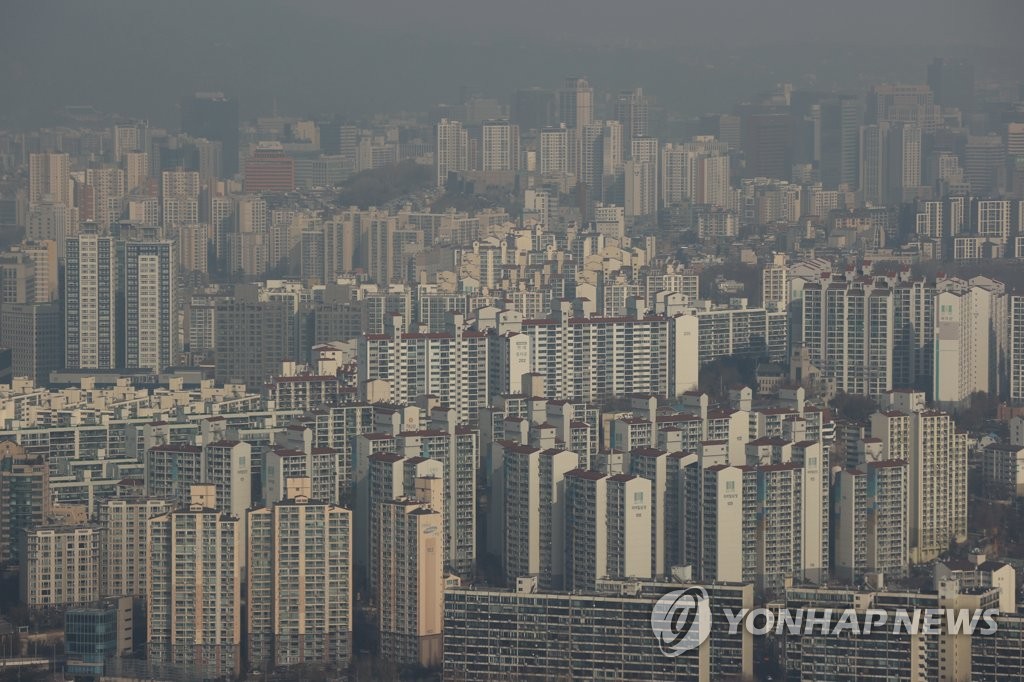