SEOUL, Feb. 3 (Yonhap) -- South Korea defeated the Philippines 2-0 on Thursday to reach the final of the top Asian women's football tournament for the first time.

Cho So-hyun and Son Hwa-yeon had a goal apiece to help South Korea knock off the Philippines in the semifinals of the Asian Football Confederation (AFC) Women's Asian Cup in India. 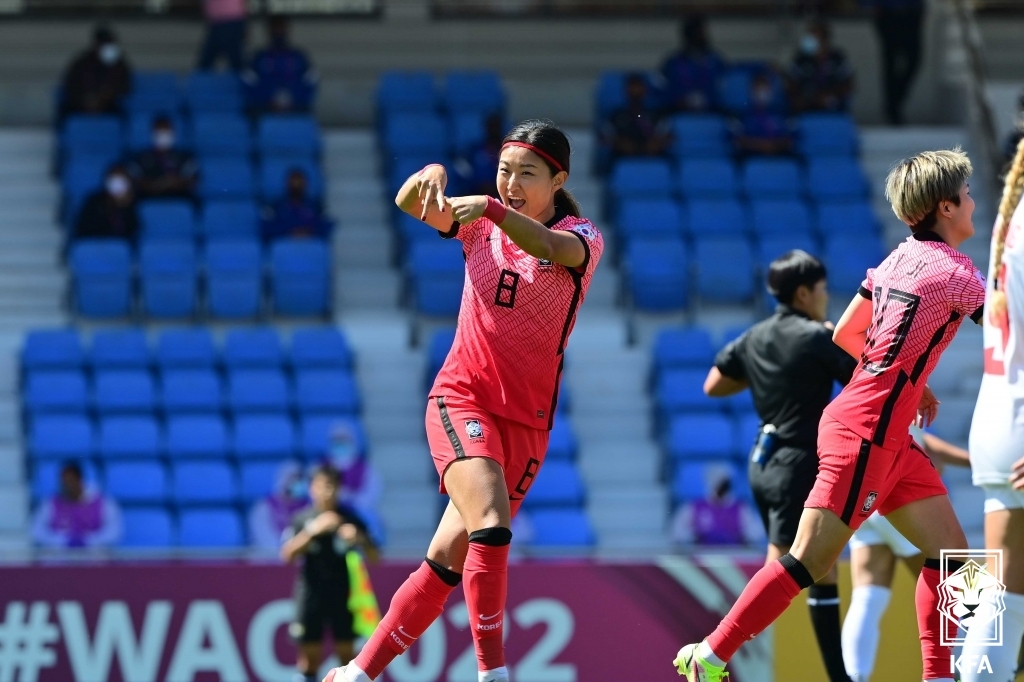 South Korea will face the winner of the other semifinal match scheduled for Thursday, between China and the two-time defending champions Japan.

South Korea have yet to win the AFC title, having only finished as high as third in 2003.

South Korea played Japan to a 1-1 draw in the group stage last Thursday.

The final is Sunday at DV Patil Stadium in Navi Mumbai, kicking off at 4:30 p.m. local time or 8 p.m. in Seoul.

South Korea finished the group stage with two wins and a draw, and then upset Australia, the highest-ranked team in the tournament at No. 11, by 1-0 in the quarterfinals.

This tournament also served as the final Asian qualifying stage for the 2023 FIFA Women's World Cup. The top five teams qualified for the event, and South Korea booked their spot by reaching the semifinals. 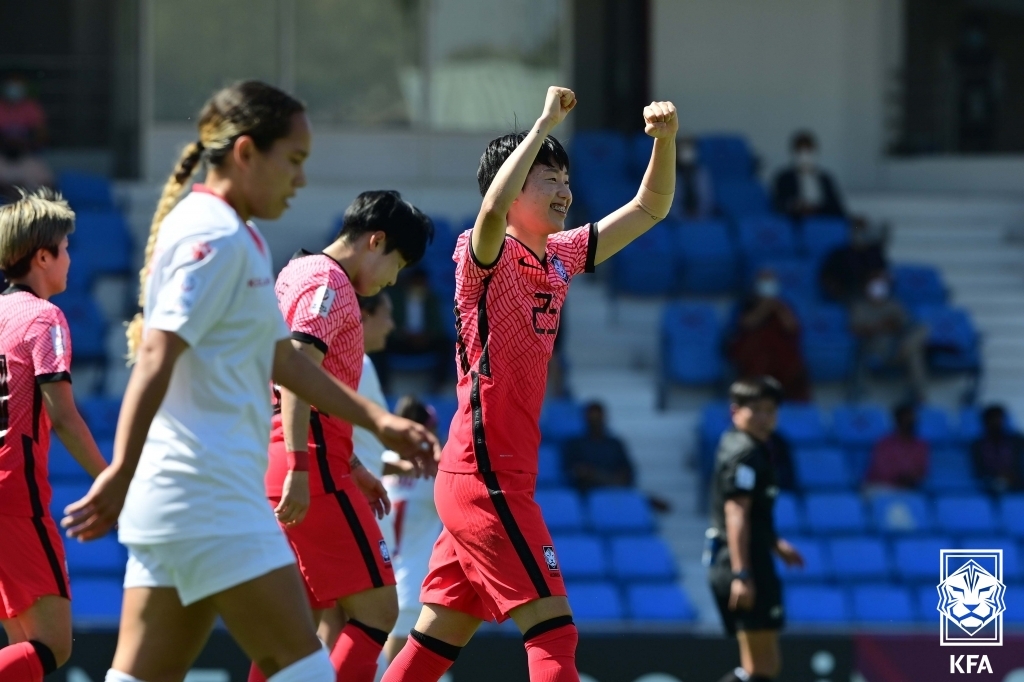