SEOUL, Feb. 3 (Yonhap) -- The four main presidential candidates held their first TV debate Thursday and clashed over a wide range of issues, including which foreign leader they plan to meet first upon taking office and the size of an extra government budget aimed at helping those hit hard by the pandemic. 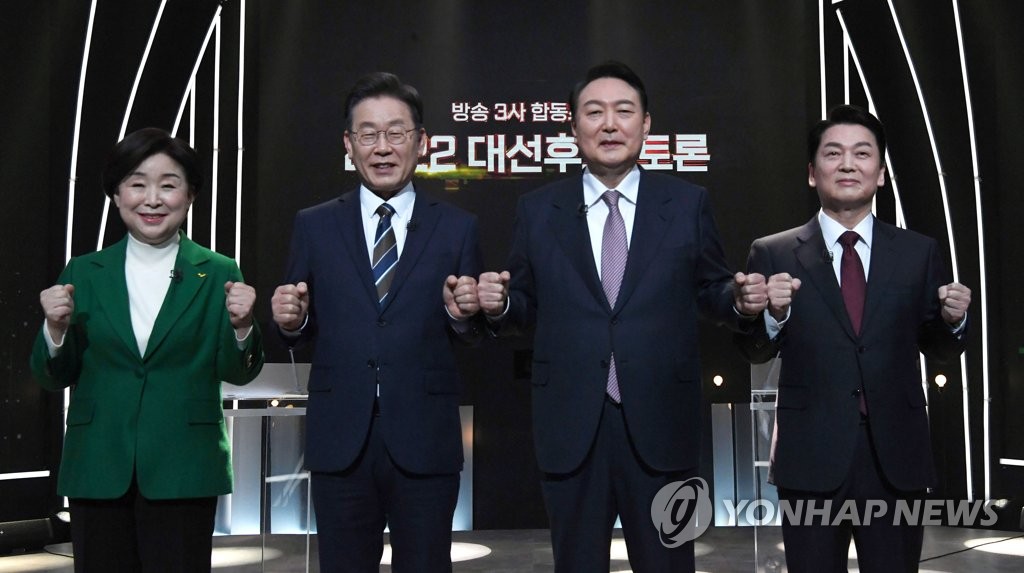 During the debate televised live, the candidates were asked to first discuss their policies for the real estate market, a sore subject for the Moon Jae-in government due to its failure to rein in skyrocketing house prices.

Yoon opened fire by demanding Lee address a massive corruption scandal surrounding an apartment development project conducted in Seongnam, south of Seoul, during the DP candidate's time as mayor of the city.

In particular, Yoon asked Lee to confirm whether he had designed the project with the exact cost and profit structures in mind, noting it was problematic the design allowed a select few investors to reap astronomical profits.

Lee insisted he had nothing to do with the alleged irregularities, saying he did his best to return part of the profits to the city and did not wish to waste any more time discussing a subject that has been widely covered by the press and continues to be investigated by the prosecution.

Lee and Yoon, the front-runners for the March 9 election, also diverged on the appropriate size of an extra budget bill pending in the National Assembly.

Lee said the supplementary budget should be increased from the government's proposal of 14 trillion won (US$11.6 billion) to 35 trillion won, as previously suggested by the PPP, but without conditions.

Yoon countered that what was important was not the size of the budget but first deciding where and how it will be spent. 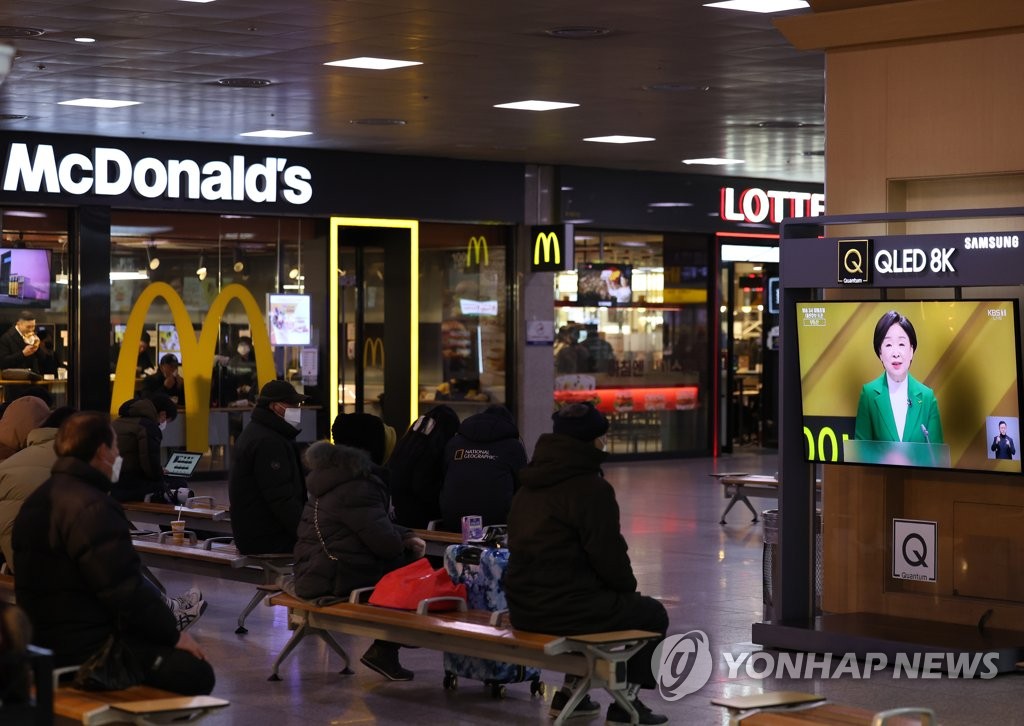 On foreign policy issues, the candidates offered various opinions on such issues as the appropriateness of deploying an additional U.S. THAAD antimissile battery in South Korea amid certain opposition from China, and Yoon's previous mention of the possibility of a preemptive strike on North Korea.

If elected, Yoon said he will meet with the leaders of the United States, Japan, China and North Korea, in that order, saying his priority will be to restore ties with Washington and Tokyo that have deteriorated under the Democratic Party's rule.

Lee said he will decide on the order in a way that is most useful and effective given the circumstances of the time.

Ahn said he values the South Korea-U.S. alliance first and foremost and will therefore meet with the U.S. leader first before holding summits with China, North Korea and then Japan.

Sim argued that given the importance of resuming talks between the North and the U.S., she will first meet with the North Korean leader and then meet with the U.S. president and then, if necessary, hold a four-way summit.