CIWS is a ship-based gun designed to detect and destroy short-range incoming missiles and enemy aircraft that have penetrated the outer defenses.

The U.S. Department of Defense requested to sell the weapon systems, called Phalanx, to South Korea in a notification to the chairman of the Senate foreign relations committee, which was dated Jan. 21 and posted on Monday.

The notification notes the U.S. had sought to sell two Phalanx CIWS systems to South Korea in 2020 for a total of US$39 million in a deal that also included ammunition, spare and repair parts for the naval defense weapon systems, as well as support for their installation and training.

It says the newly proposed deal builds on the 2020 proposal to include an additional four CIWS systems.

The latest proposal is now worth $129 million.

The defense department said the proposed arms export to South Korea, if made, would help enhance the country's missile defense capabilities.

"The proposed sale will improve Republic of Korea's capability to meet current and future threats by being able to defeat anti-ship missiles and close-in threats that have pierced other lines of defense," it said, referring to South Korea by its official name.

"This proposed sale will support the foreign policy goals and national security objectives of the United States by improving the security of a Major Non-NATO Ally that is a force for political stability and economic progress in the Pacific region," it added.

The South Korean Navy unveiled a project in October to develop its own CIWS-II system by 2027. 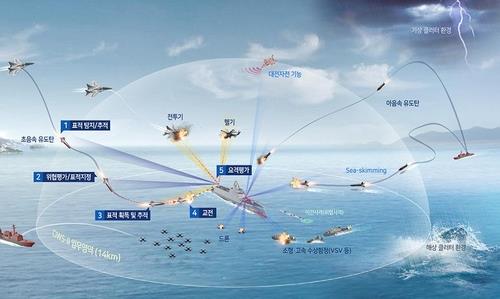