SEOUL, Feb. 7 (Yonhap) -- South Korea's foreign reserves shrank for the third straight month in January due to a decline in dollar-converted value of holdings in other currencies, central bank data showed Monday.

The country's foreign reserves came to US$461.5 billion as of end-January, down $1.6 billion from the previous month, according to the data provided by the Bank of Korea (BOK).

This marked the third straight month that foreign reserves have contracted since October when the amount hit a record high of $469.2 billion.

The January decline stemmed partly from a fall in the value of holdings denominated in foreign currencies when converted into the U.S. dollar.

The dollar has appreciated against other major currencies amid expectations that the Federal Reserve will start raising interest rates as early as in March to tame rising inflation.

The data showed that foreign securities came to $409.1 billion at the end of January, down $12.6 billion from the previous month. The figure accounted for 88.6 percent of total foreign reserves.

Deposits, however, increased $11.1 billion on-month to $27.8 billion. Gold holdings remained unchanged at $4.8 billion, according to the data.

South Korea was the world's eighth-largest holder of foreign reserves as of end-December. China led the pack by owning around $3.3 trillion, the data showed. 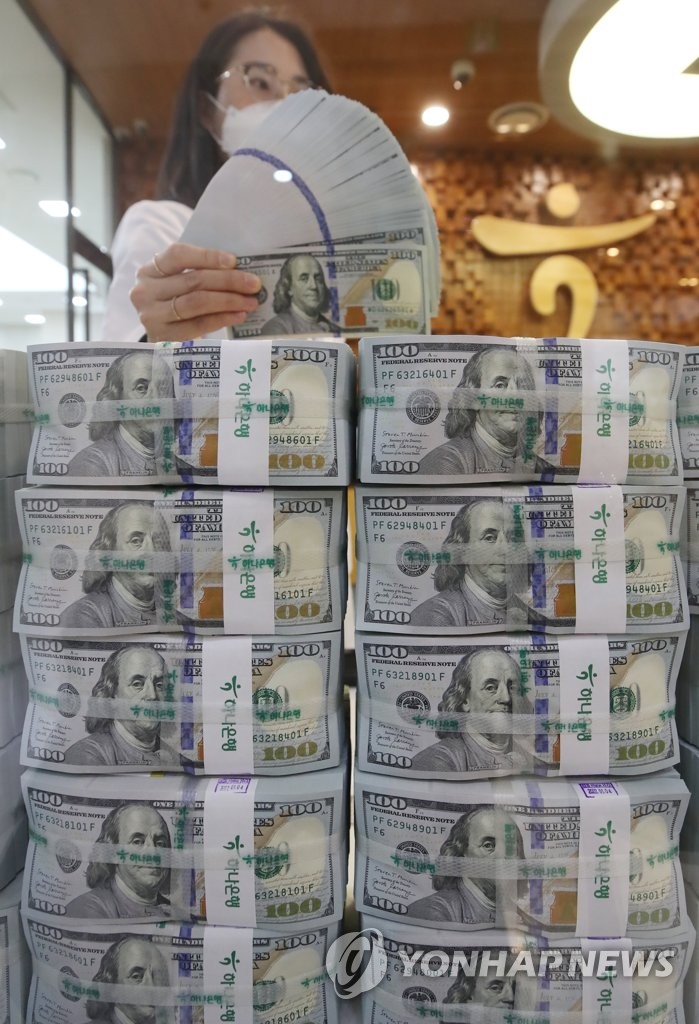