SEOUL, Feb. 4 (Yonhap) -- South Korea launched a government-private task force Friday to draw up a strategy against Japan's push for the listing of the Sado mine, linked with wartime forced labor, as UNESCO world heritage.

Japan submitted a letter of recommendation to UNESCO earlier this week to register the former gold and silver mine, where a number of Koreans were forced into hard labor during World War II, as a heritage site. Korea was under Japan's brutal colonization at that time.

The task force, composed of government officials from a dozen ministries and other related agencies as well as private experts, held its first meeting to discuss follow-up measures and action plans to thwart Japan's bid.

The team is led by Lee Sang-hwa, ambassador for public diplomacy at the foreign ministry. Lee and other members of the task force exchanged views on ways to enhance public awareness on the negative historical aspect associated with the mine and drum up support from the international community in Seoul's campaign against Tokyo's bid.

A UNESCO advisory body is expected to inspect the mine site in fall and decide around May next year whether to add it to the list. The World Heritage Committee will then screen its opinion that summer.

A two-thirds majority of 21 World Heritage Committee members is needed for the list addition. Japan, UNESCO's second-largest donor, has served as a committee member since November. 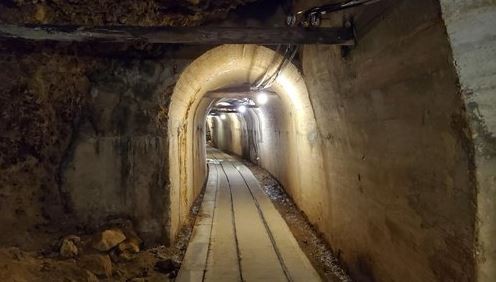