BEIJING, Feb. 4 (Yonhap) -- The 24th Olympic Winter Games began in Beijing on Friday with an understated ceremony showcasing virtues of the Chinese culture and expressing hope for a reunion of people around the world -- a hope that rings hollow under the cloud of a global pandemic and diplomatic boycotts of the event.

The Chinese capital is the first city to host both a Summer and a Winter Games. The National Stadium, better known as the Bird's Nest, staged the ceremonies in 2008 and is back doing the same in 2022. The acclaimed Chinese filmmaker Zhang Yimou is once again the mastermind of the ceremonies after serving in the same role 14 years ago.

And that's about where the similarities end. 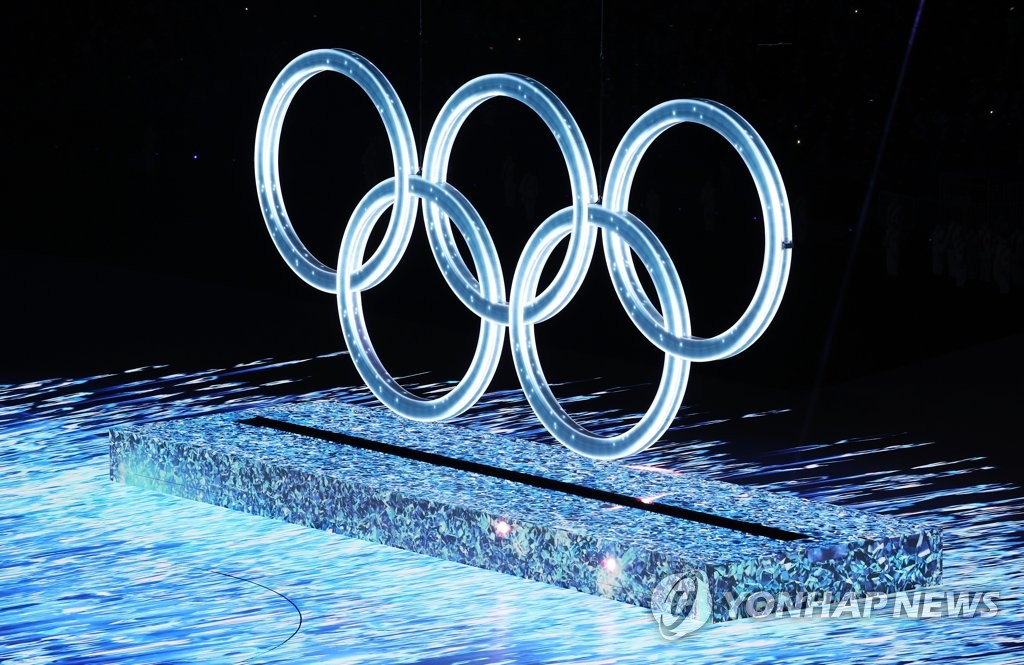 As its international coming-out party in 2008, Beijing put together a massive, extravagant gala of an opening ceremony, dubbed in some quarters as the "greatest show on Earth" for its sheer scale and splendor. Beijing 2008 set an impossibly high bar for Olympic ceremonies in the future. That four-hour-long opening ceremony featured 15,000 performers.

This year's ceremony for the Winter Games will have only about 3,000 performers, none of them professional performers or celebrities. The organizers recruited students or ordinary citizens from Beijing and Hebei Province and had them perform in the ceremony founded on the concepts of "simple, safe, and wonderful."

Very little has been simple or safe in the leadup to these Winter Games. China, after all, is where the coronavirus outbreak emerged in late 2019. Beijing 2022 is the second Olympics to take place during the global COVID-19 pandemic. And the organizing committee has put the country's "Zero COVID" policy on full display for all Olympic-related personnel. 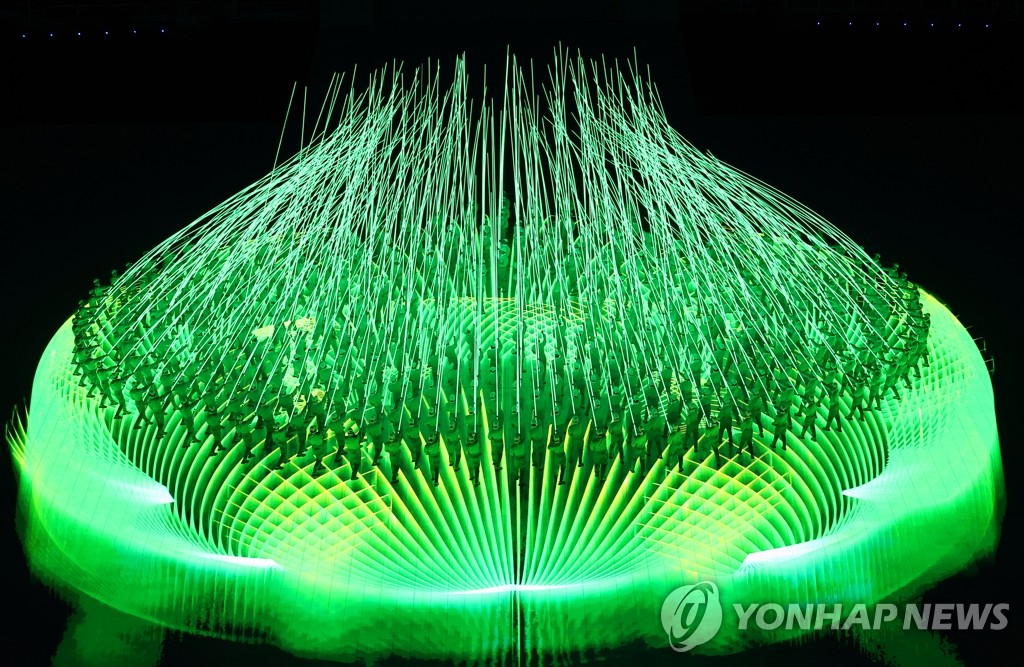 Athletes, officials, media members and workforce have all been placed into a bubble, formally called the "closed-loop system." Once inside, there is no getting out until after the competition. People are limited to their accommodations and Olympic venues only. Daily testing is required, and those who test positive face long quarantines. Over 300 Olympic-related personnel have tested positive for the virus.

Though the theme of the opening ceremony was titled "One World, One Family," Beijing couldn't quite bring everyone to its latest party. The chasm between the message the performance was hoping to project and the current state of affairs is about as large and wide as China's landmass. 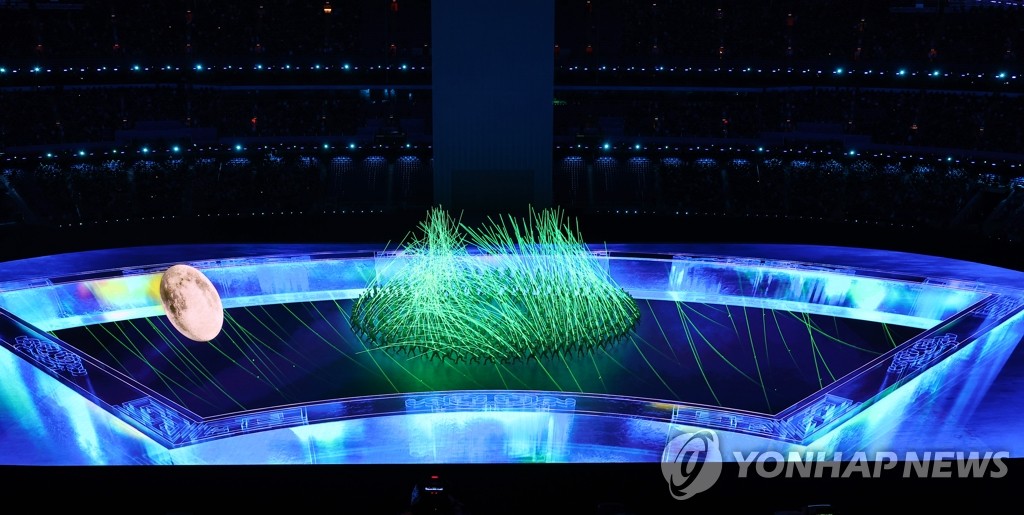 The United States, Britain and Canada are among several countries staging a diplomatic boycott, declining to send official government delegations to Beijing in protest to what they say is China's poor human rights record.

But China will forge on, secure in the knowledge that it is firmly established as a global power and it no longer needs validation from Western nations.

And China will still host athletes from the likes of the U.S., with over 2,800 athletes from 91 nations in total on hand to compete for a record 109 gold medals in seven sports and 15 disciplines.

In a continued push by the International Olympic Committee (IOC) to increase female participation and to appeal to younger people, several mixed or women's events have been added. 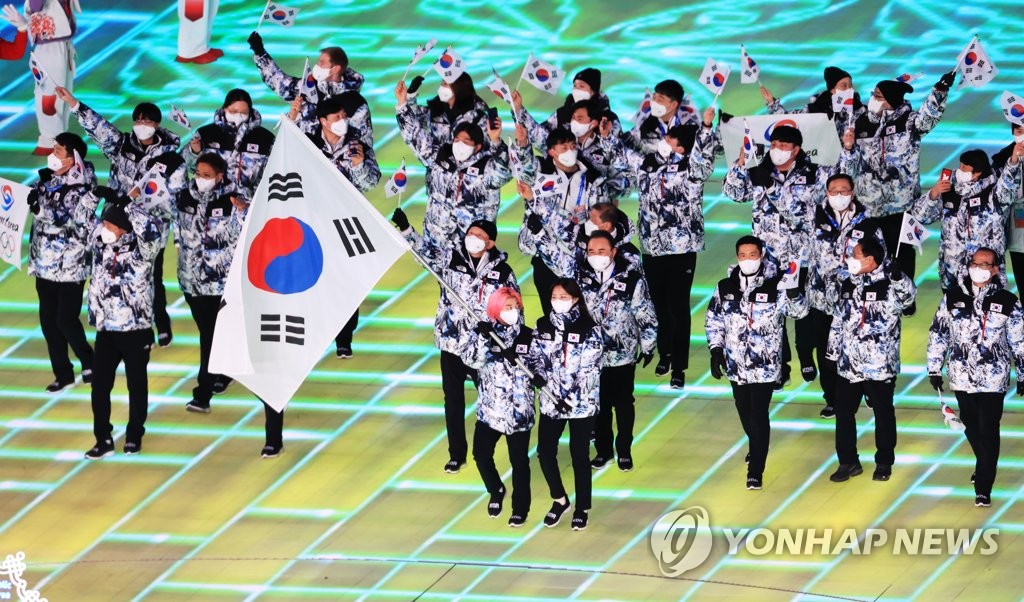 South Korea will have 65 athletes competing in all sports except for hockey. Its stated goal is to win one or two gold medals, a decidedly modest projection for a country with at least two gold medals at every Winter Games since 1992.

For the opening ceremony, South Korea had 11 athletes and 28 officials on hand. A pair of short track speed skaters competing in their third Olympics, Kwak Yoon-gy and Kim A-lang, were the co-flag bearers.

Beijing 2022 will be contested in three zones: ice events will be held in Beijing proper, while the northwestern district of Yanqing will host alpine skiing and sliding events. Zhangjiakou, some 180 kilometers northwest of Beijing, will be the site for ski jumping, snowboard, biathlon and cross-country skiing.

South Korean athletes staying in the Zhangjiakou Olympic Village did not make the trip to Beijing.

Based on the order determined by the Chinese language, South Korea was the 73rd nation to enter the Bird's Nest. 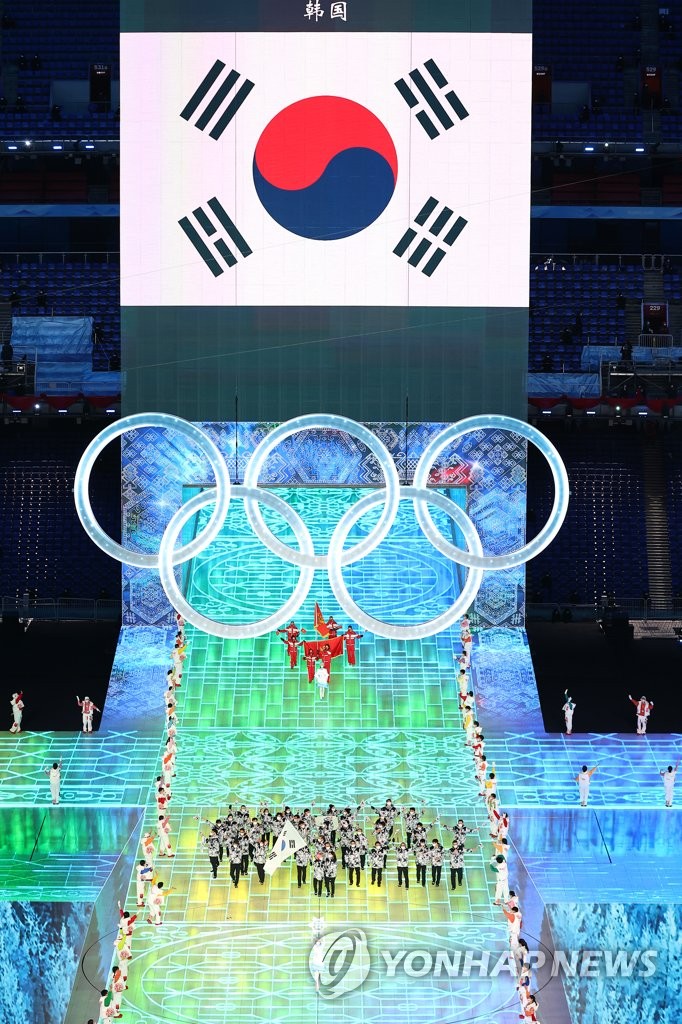 The names of the countries were displayed in snowflake-shaped placards, in both English and Chinese. Bearers of those signs donned hats decorated with tiger-head motifs from the traditional culture of Hebei Province -- in a nod to 2022 being the Year of the Tiger. Marshals welcoming in athletes wore masks printed with the word "Welcome" in English and its Chinese equivalent.

Athletes marched to some of the best-known pieces of classical music, while the Chinese athletes were treated to a famous Chinese tune, "Ode to Motherland." 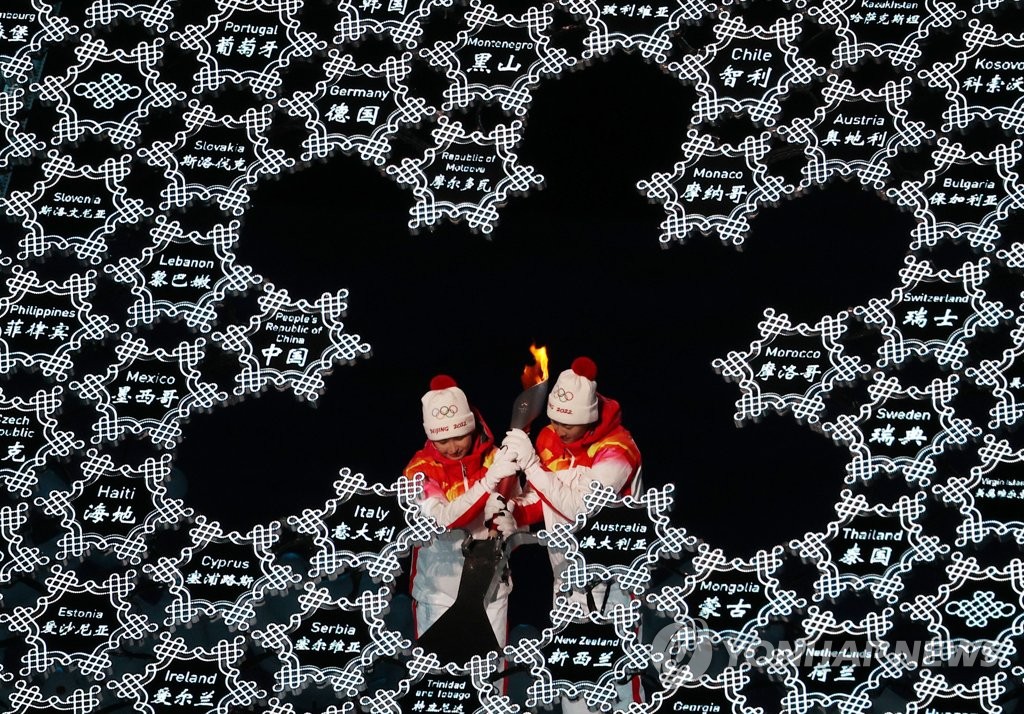 Seven bearers carried six torches in the final leg of the Olympic torch relay. And in celebration of gender equality, one female and one male held the last torch together.

All torchbearers were Chinese athletes and they were born in sequential decades: 1950s, 1960s, 1970s, 1980s and 1990s. The final two bearers, cross-country skier Dinigeer Yilamujiang and Nordic combined athlete Zhao Jiawen, were born in the 2000s, representing the continuity of winter sports traditions across generations. Yilamujiang and Zhao also had the honor of lighting the Olympic cauldron, the final moment of the opening ceremony, but they didn't exactly light anything. They simply inserted the torch into a hole at the center of the snowflake-shaped structure on the field.

It was somewhat of an anticlimactic finish to the ceremony, while perfectly encapsulating the overall mood of the event. 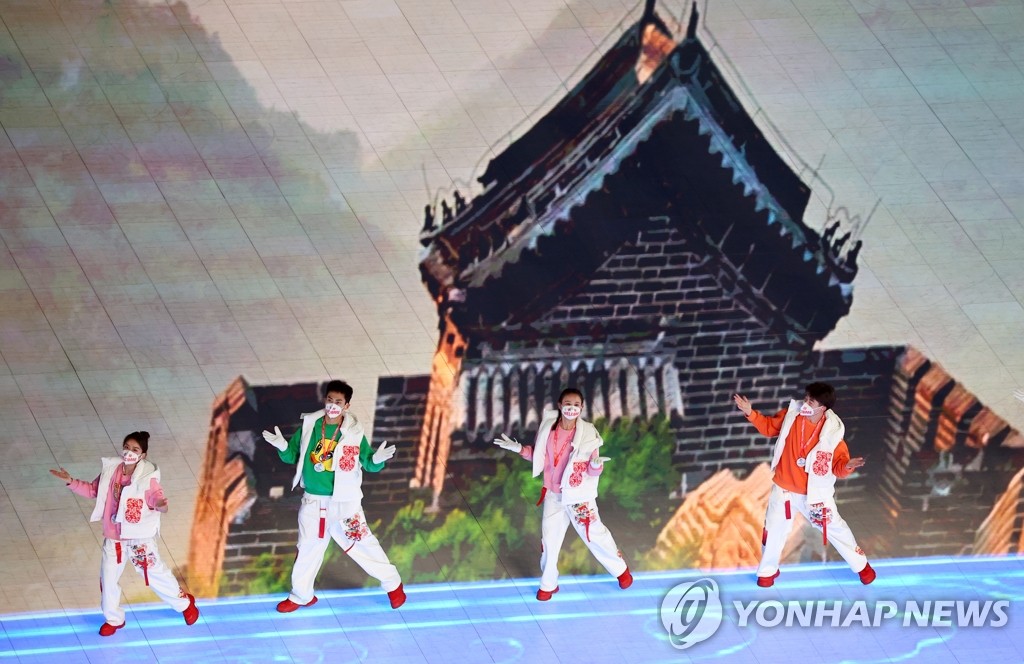