BEIJING, Feb. 5 (Yonhap) -- South Koreans have taken umbrage at what they believe is China's claim to the traditional Korean attire hanbok during the opening ceremony of the Beijing Winter Olympics on Friday.

In the early part of the ceremony, people representing 56 ethnic groups across China carried the Chinese national flag into the stadium. One woman was dressed in hanbok, apparently representing ethnic Koreans in China.

The depiction of a hanbok-clad woman as a minority group in China angered many South Koreans, who argued that China is trying to promote hanbok as its own. 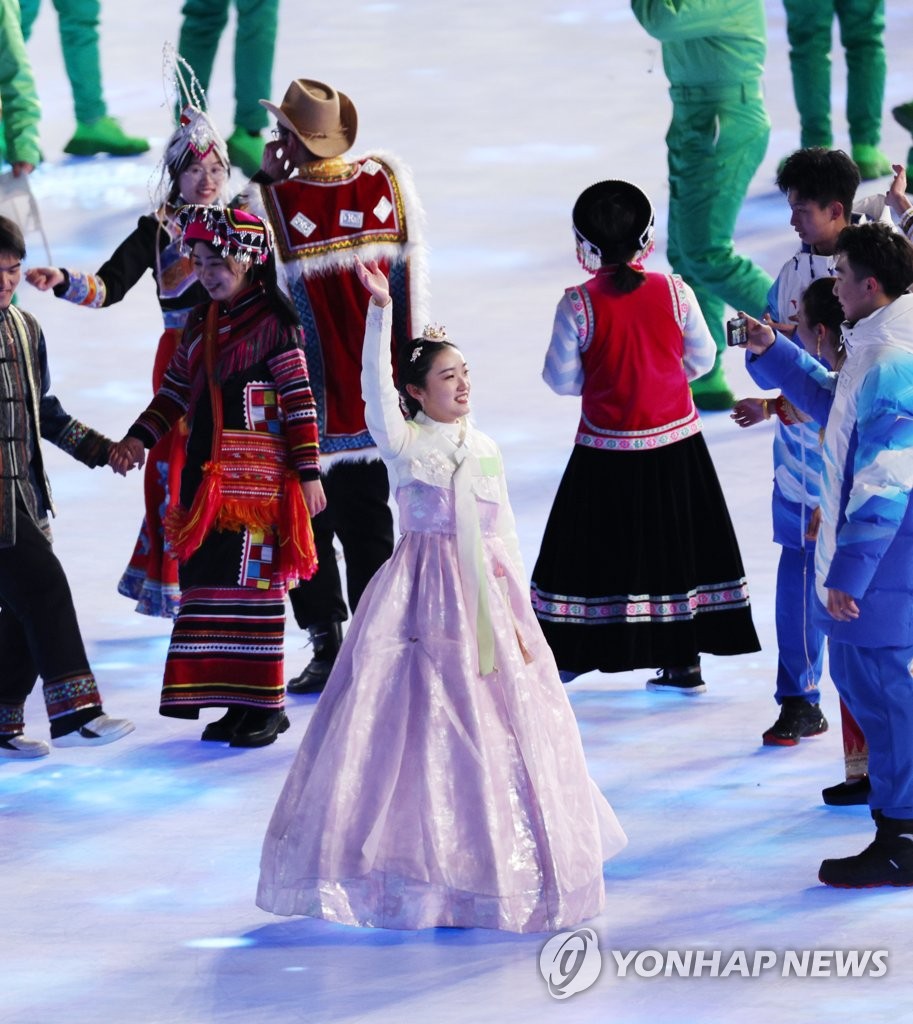 In a bit of irony, South Korean Culture Minister Hwang Hee was in attendance while dressed in hanbok.

In an interview with the South Korean press Saturday morning at the Main Media Centre in Beijing, Hwang said the depiction of ethnic Koreans as a minority group could create "miunderstanding" in the two countries' bilateral ties.

"When you refer to people as a minority, it often means they haven't evolved into a sovereign country," Hwang said. "We are among the 10 or so largest economies in the world located right next to China. This could cause some misunderstanding in otherwise good bilateral relations."

Lee Jae-myung, the presidential candidate for the ruling Democratic Party, wrote on his Facebook page that he was opposed to China's "cultural appropriation."

The main opposition People Power Party (PPP), too, fired shots at China for trying to steal anything Korean. The PPP also criticized the South Korean government for not putting up any fight against China's prior attempts to adopt Korean cultural elements as part of its own identity.

Seo Kyoung-duk, a professor at Sungshin Women's University and an activist promoting South Korean culture, said South Korea should do a better job letting the rest of the world know that hanbok is traditional Korean attire. He said China has already made too many claims to hanbok as its own to count.

"We have to stand up to China's cultural appropriation and point out exactly what the problems are," Seo wrote on his social media. "We have to protect our own history and culture." 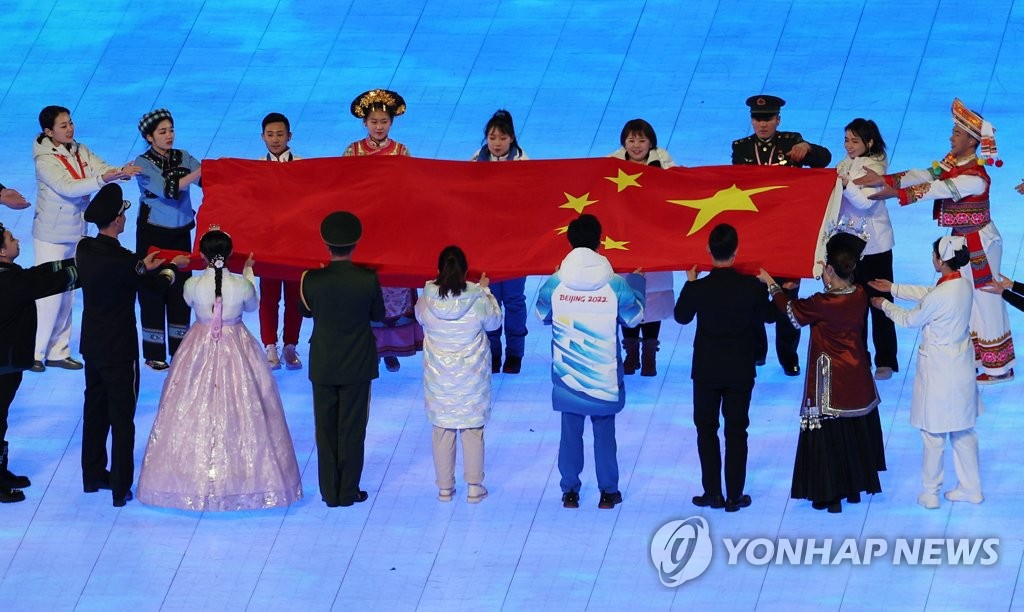 (Olympics) S. Koreans up in arms over depiction of hanbok as Chinese during opening ceremony

(Olympics) S. Koreans up in arms over depiction of hanbok as Chinese during opening ceremony