BEIJING, Feb. 6 (Yonhap) -- South Korean speed skater Kim Bo-reum had barely arrived in Beijing on Thursday evening, when she studied her dinner options at the cafeteria inside the Olympic village.

"I wanted to go home right then and there," Kim quipped Saturday after a training session at the National Speed Skating Oval. 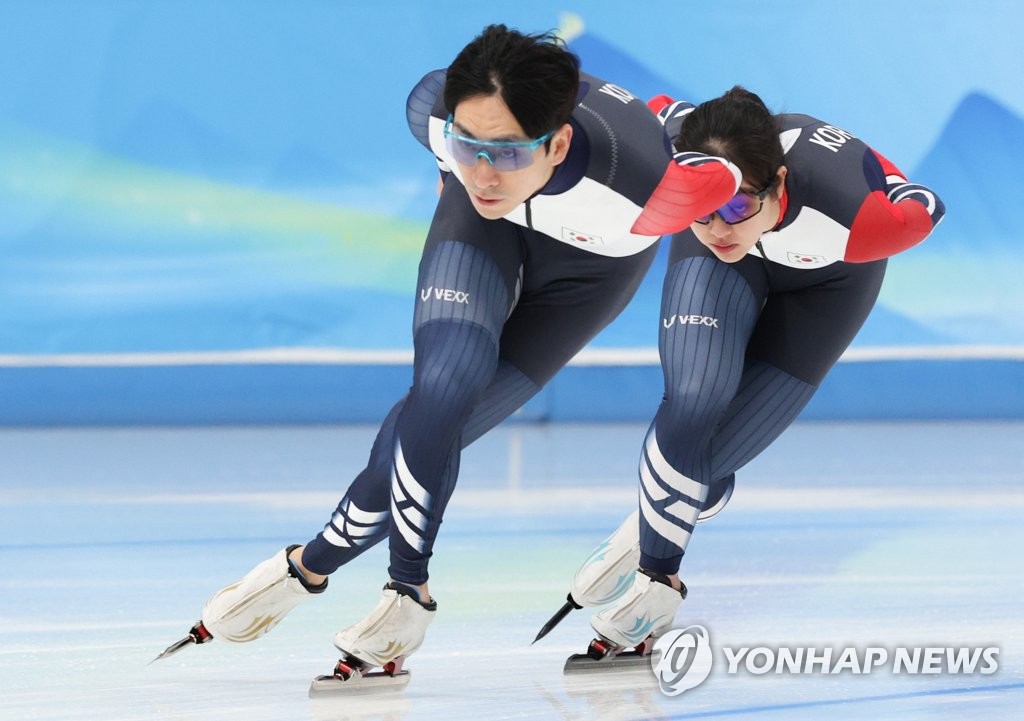 Kim didn't find the Chinese food spread to her liking and she was far from alone. One of her teammates, Kim Min-sun, had also traveled to Beijing on Thursday and had her first dinner at the athletes' dining hall.

"I decided I wouldn't go back," Kim Min-sun said Saturday.

Fortunately for the Kims and other South Korean athletes at the Beijing Winter Olympics, they do have other options.

The Korean Sport & Olympic Committee (KSOC) has set up a meal service center at a hotel near the athletes' village and has been providing them with boxed meals of Korean food since Friday. They can have a little taste of home delivered for lunch and dinner. 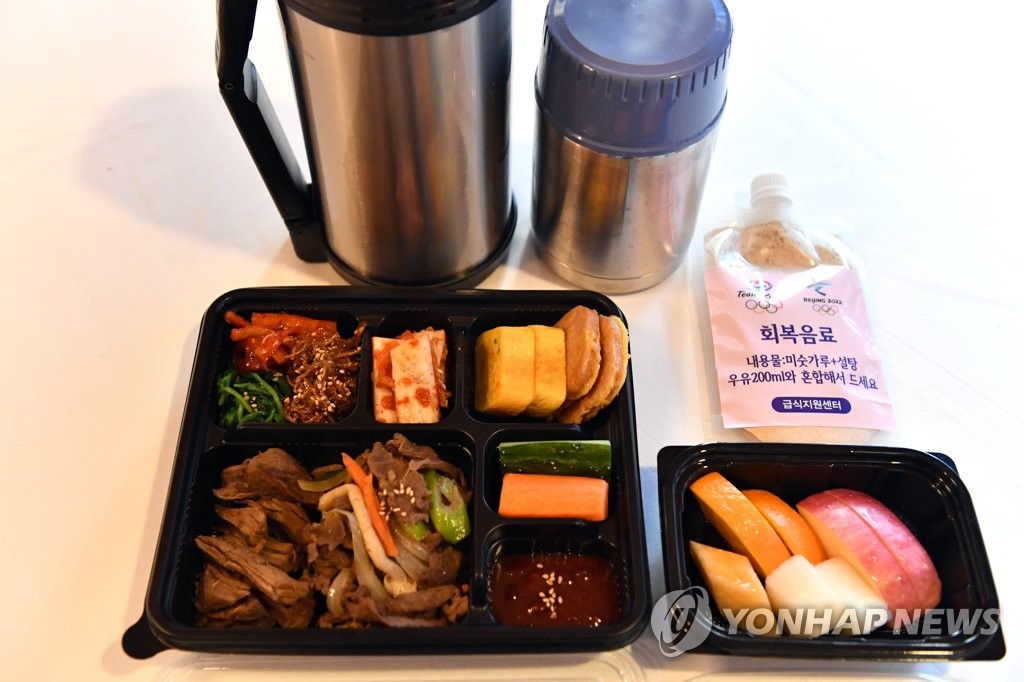 Kim Bo-reum is in her third straight Olympics while Kim Min-sun is in her second straight. At the 2018 Winter Games at home in PyeongChang, they didn't have to worry about food options then, with Korean food readily available and with the coronavirus pandemic not yet having entered the everyday lexicon.

Chung Jae-won, another member of the speed skating team, was also at PyeongChang. He thinks he and other athletes were spoiled with some delicious choices that they enjoyed four years ago.

"We had some incredible food at PyeongChang but now, things aren't as delicious as then," Chung said. "I went to the cafeteria for that first dinner on the day we arrived. I haven't gone back and I've had my boxed meals in my room since that time." 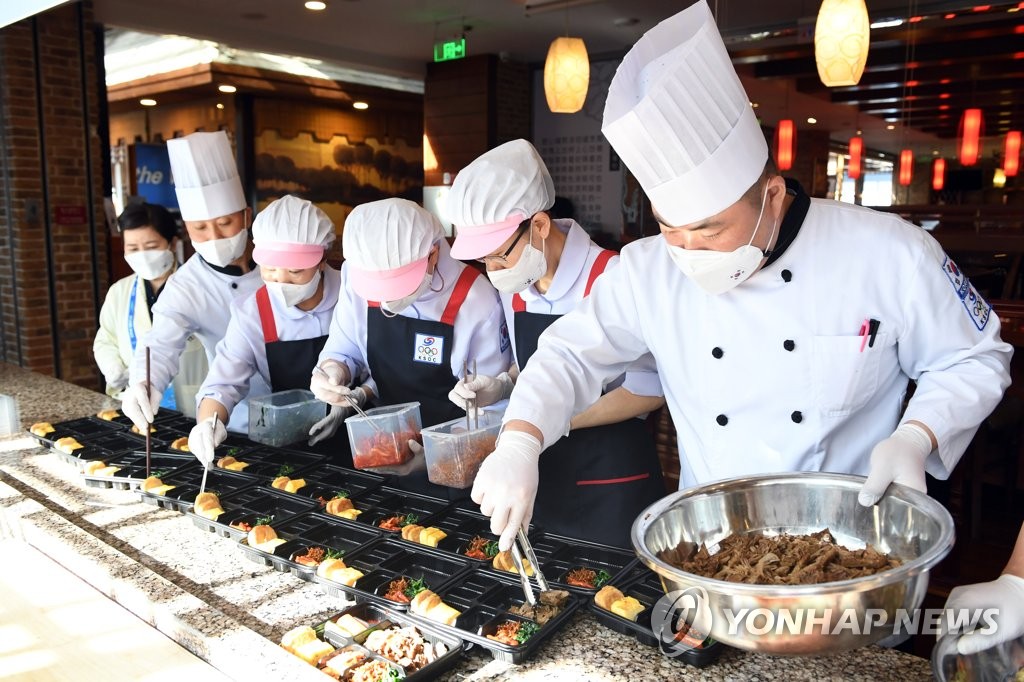 Kim Min-sun said she is staying away from the village dining hall for safety reasons, too. For one, she has reservations about consuming Chinese meat. Farmers here have been known to use clenbuterol in their livestock feed to maximize meat yield. Athletes can test positive for clenbuterol, a banned performance enhancing substance, for eating contaminated meat. The World Anti-Doping Agency recommended caution for athletes in Beijing when eating Chinese meat.

"I don't feel comfortable with meat here," Kim said. "Other athletes are trying to avoid meat as much as they can."

Also, with COVID-19 infection very much a risk, Kim said she'd rather avoid being in a crowd of people who put their masks down to eat and drink. 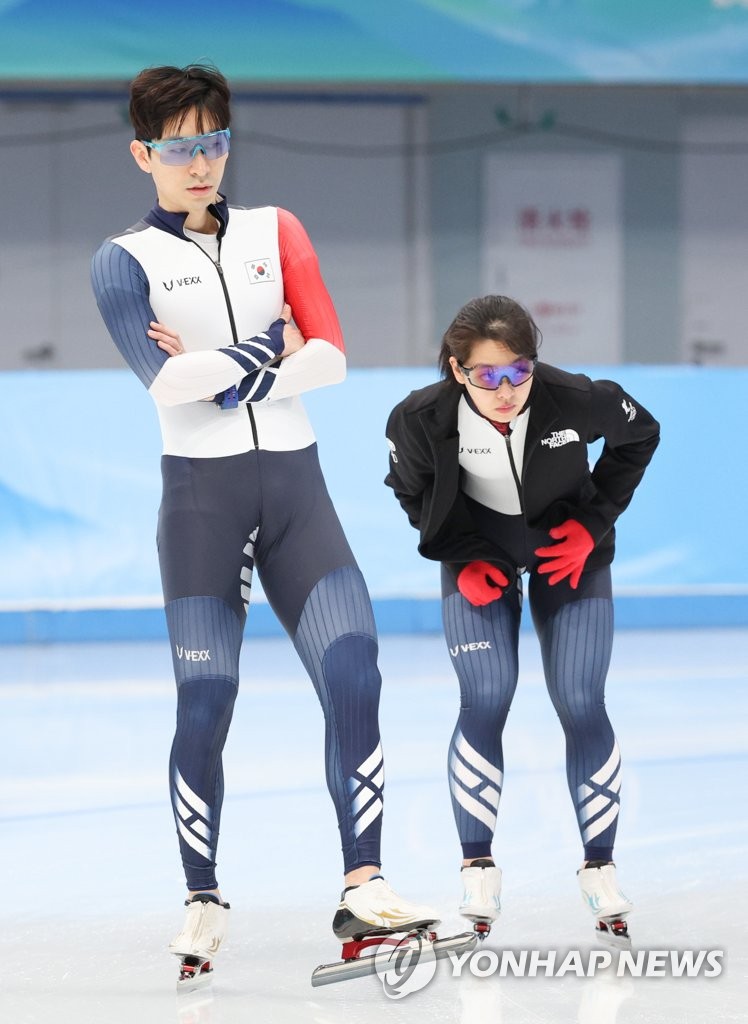 "We are trying not to expose ourselves to risky situations, like being in a crowded cafeteria," she added. "We've heard about positive cases coming out of the athletes' village. So we're not going to move around too much even inside the village."

Athletes, like other Olympic-related personnel, have been placed inside a bubble, formally called the "closed-loop system." They are confined to their living quarters and either training venues or competition venues. Those who test positive must turn in consecutive negative tests 24 hours apart to come out of quarantine. 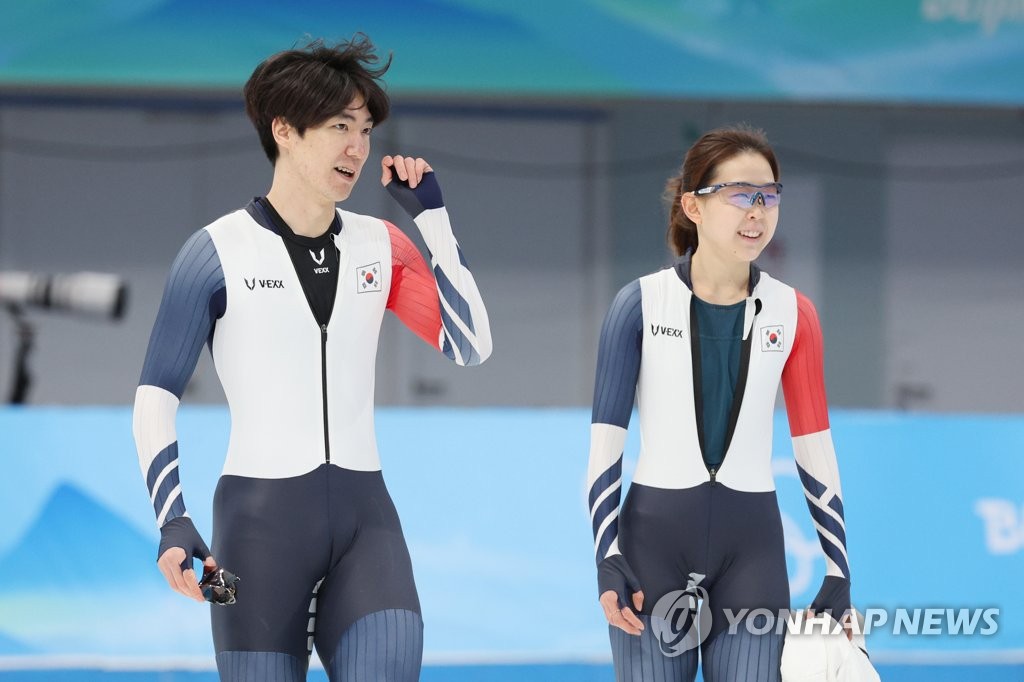 Lee Seung-hoon, a veteran of four Olympics, is taking it all in his stride. He said the speed skating team had been under fairly stringent health and safety protocols well before coming to Beijing.

"Even for some earlier international events, we had to follow tight guidelines," Lee said. "We're doing this for our own safety. It's all good."

Kim Bo-reum has also chosen to look on the bright side.

"Since we can't go anywhere, it just allows us to stay focused on the competition," she said. "We're used to conditions like this." 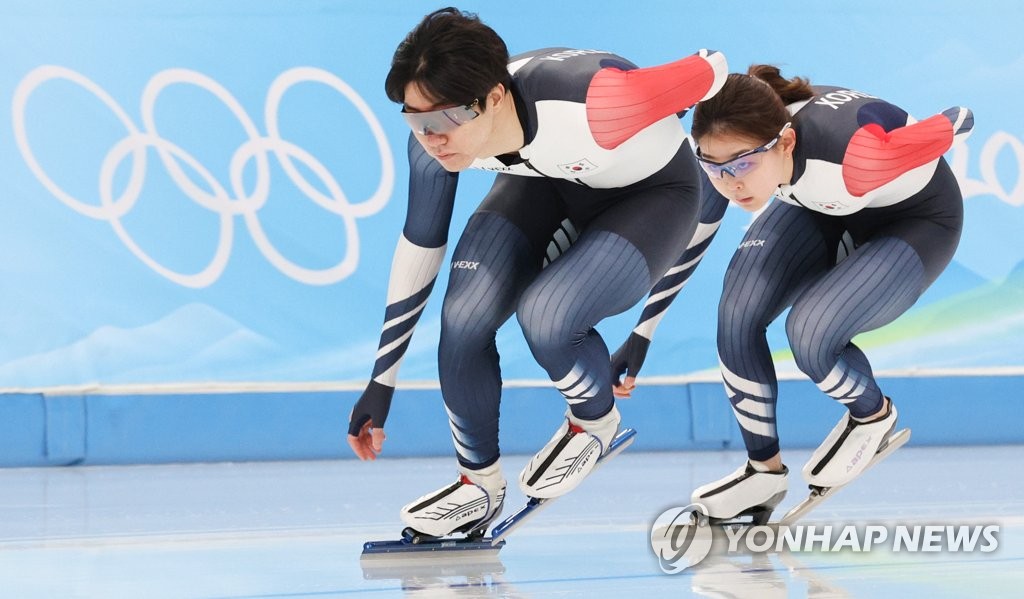