The quartet of Choi Min-jeong, Lee Yu-bin, Hwang Dae-heon and Park Jang-hyuk got knocked out of the quarterfinals at Capital Indoor Stadium.

There were 12 teams divided into three races in the quarterfinals. The top two teams from each race and the two fastest third-place teams qualified for the semifinals. 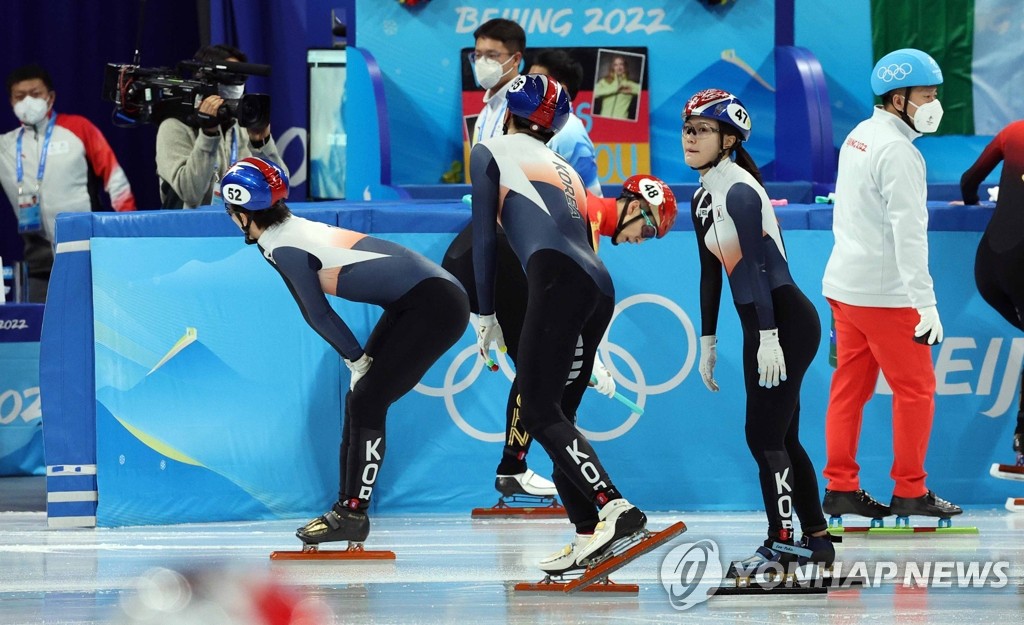 South Korea had a time of 2:48.308 to finish third in its race, after Park Jang-hyuk lost his balance and fell with three laps to go.

The United States finished third in the third quarterfinal race, and had the best time among No. 3 teams at 2:39.043. Kazakhstan also snuck into the semifinals at 2:43.004 out of the second race.

Choi opened the race in third place, behind China and Italy. Lee was next but wasn't able to narrow the gap. South Korea still hung back in third place after both Hwang and Park had completed their first legs, with China and Italy enjoying a sizable lead over the pack. Poland was bringing up the rear.

South Korea remained in third place with the end of the race fast approaching. Then Park momentarily lost his balance over a corner and fell without contact. There weren't enough laps left for South Korea to recover.

South Korea had to wait and see if its third-place time would hold up, but Park's late fall proved too costly. 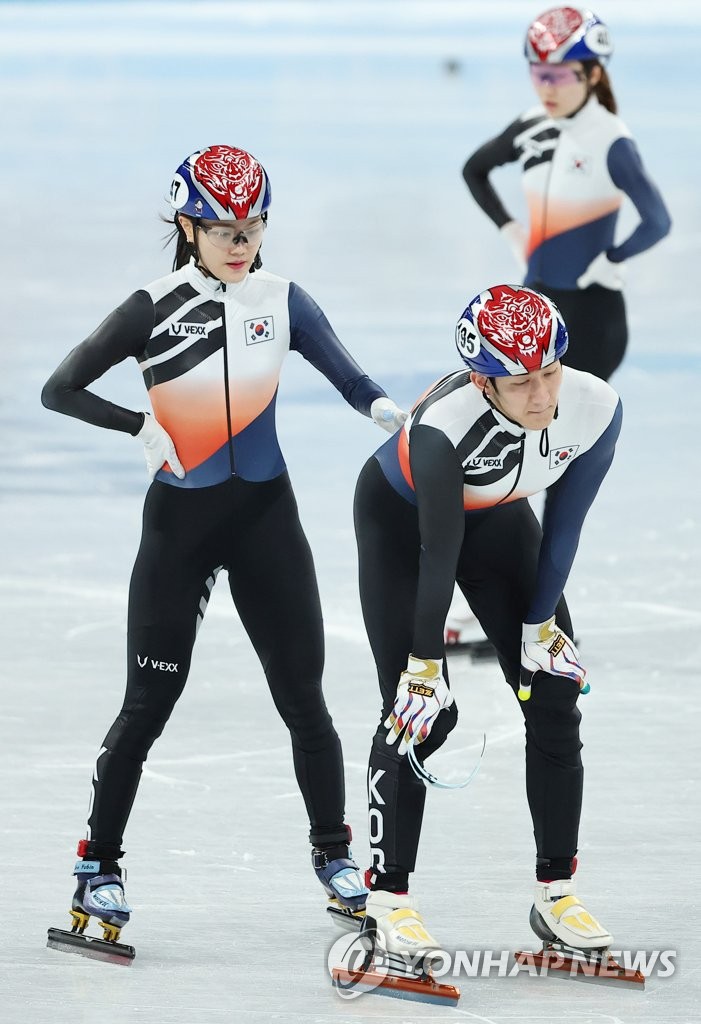 Saturday was the first full day of competition after the opening ceremony the previous night. The mixed team relay was the first event in which South Korea had a legitimate shot at winning a medal, but the squad didn't even get out of the opening phase.

Earlier Saturday, heats for the women's 500m and the men's 1,000m were held. Choi advanced to the quarterfinals in the former, and Hwang, Park and Lee June-seo moved on to the quarters in the latter.

The quarters, semifinals and the finals for those two events are scheduled for Monday, back at Capital Indoor Stadium.