BEIJING, Feb. 5 (Yonhap) -- Though South Korea has been by far the most successful country in Olympic short track history, pundits hadn't given the country much of a chance to win a medal in the inaugural mixed team relay event at Beijing 2022.

Recent international results in the mixed relay, which involves two female and two male skaters per team, led some to wonder if South Korea had what it takes to reach the podium in China.

The quartet of Choi Min-jeong, Lee Yu-bin, Hwang Dae-heon and Park Jang-hyuk had a chance to silence their doubters on Saturday, but that opportunity evaporated with one disastrous fall. 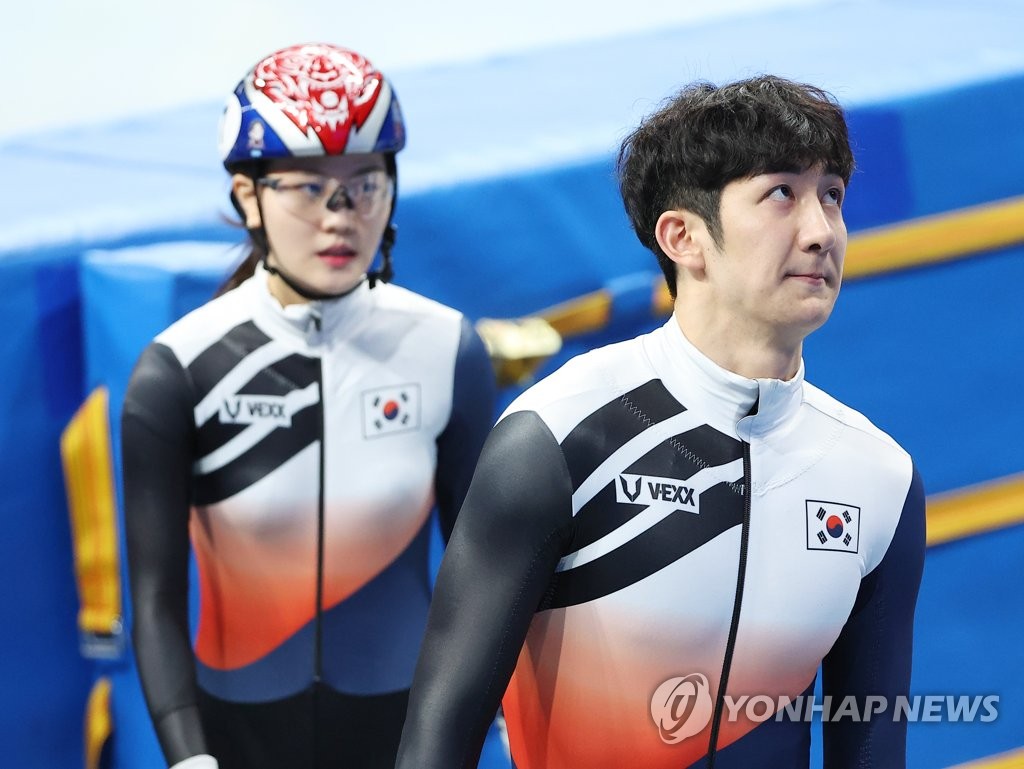 In the quarterfinals, Park crashed into the padding after losing his balance with three laps remaining in the 18-lap, 2,000m race. South Korea finished third in its quarterfinal race at 2:48.308, but still clung to hopes of advancing to the semifinals.

The top two teams from each of the three quarterfinal races would advance, and they would be joined by the two-fastest third-place teams. But Park's late fall was ultimately too costly, as the United States (2:39.043) and Kazakhstan (2:43.004) finished ahead of South Korea in the rankings of third-place nations.

The mixed team relay has been a part of the International Skating Union (ISU) World Cup circuit since the 2018-2019 season. In the most recent season, China won the overall mixed relay title, on the strength of two gold medals, one silver and one bronze at four competitions. South Korea ranked sixth, with only one bronze medal from its four races. The Netherlands, Hungary, Russia and Canada finished ahead of South Korea. 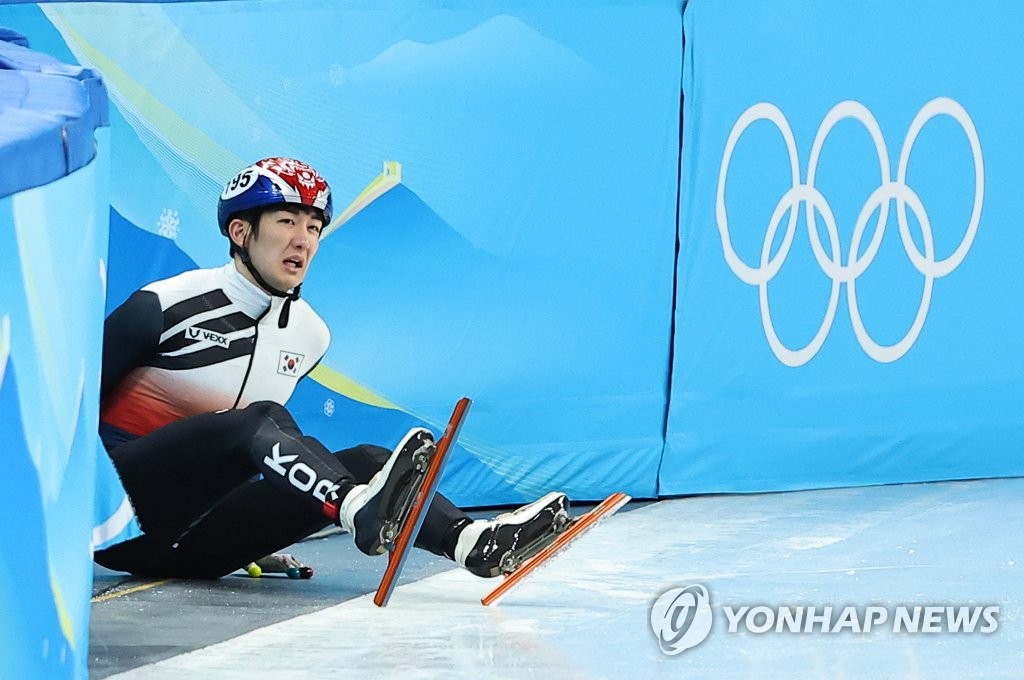 To its credit, South Korea never once had its best lineup. Choi, the double gold medalist from the 2018 Olympics, missed the first two World Cup races with leg injuries. When Choi returned, Hwang, the ace of the men's team, sat out the final two events with lingering back issues.

With Choi and Hwang back in full health for the Olympics, South Korea was well justified in believing it could sneak up on people.

But the disappointing performance only gave more ammunition to the team's skeptics.

Choi, handling the first leg, didn't have a great start, with Qu Chunyu of China and Arianna Fontana of Italy jumping out in front early. South Korea hung back in third place for most of the race, only briefly moving into second place in Lap 8.

Even without Park's fall, there was enough gap with China and Italy that it would have been tough for South Korea to finish in second place and qualify for the semifinals outright. 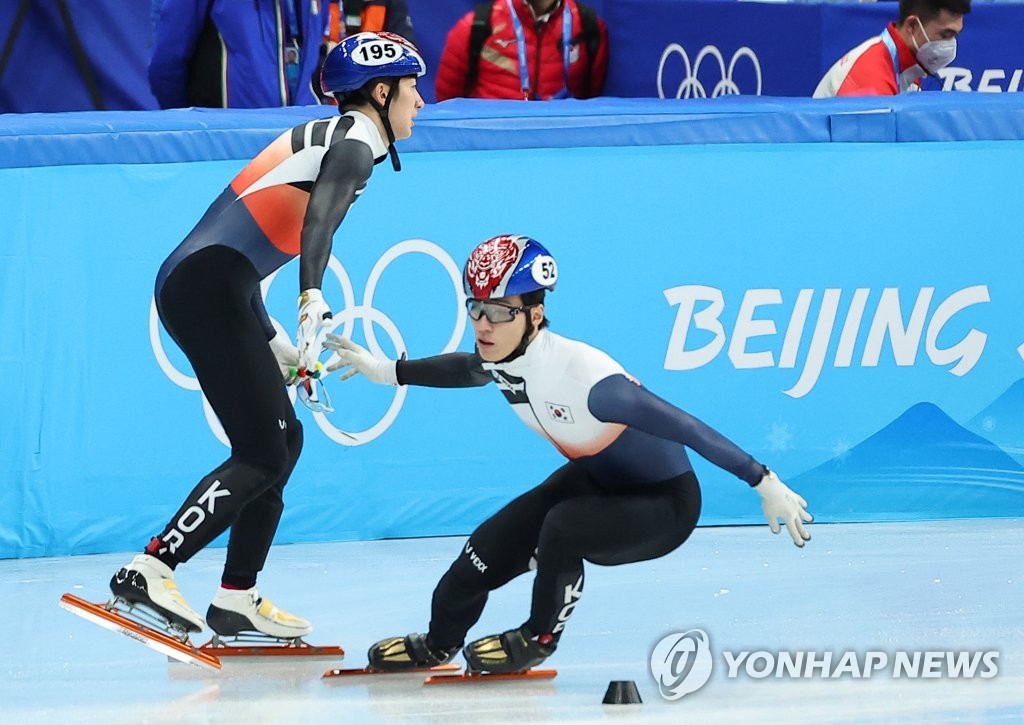 None of the four South Korean skaters spoke with the media after the race. Hwang bristled at a question about his feelings after the race and shot back, "You shouldn't ask me that now." 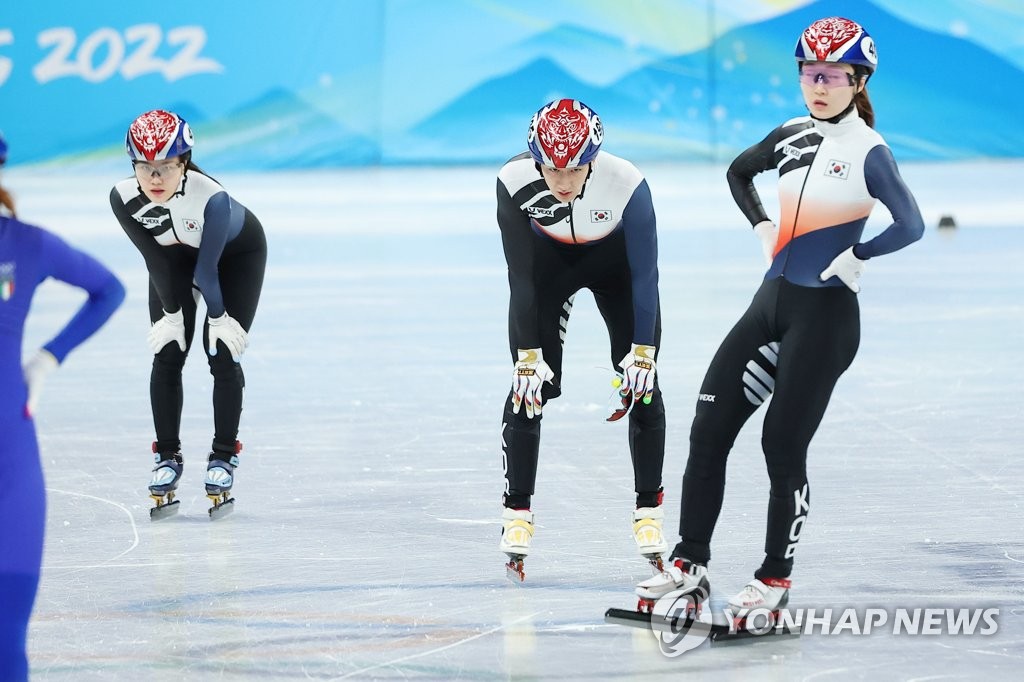