Lee of the Democratic Party met Kim Chong-in, a former campaign chief for Yoon of the main opposition People Power Party, at Kim's personal office in central Seoul earlier in the night and discussed ways to overcome social and economic issues stemming from COVID-19, the sources noted.

The meeting came amid growing attention on whether Kim would join the ruling bloc to support Lee's campaign following his departure from the rival Yoon's campaign in early January.

"As far as I know the meeting was arranged at the behest of Lee in his bid to hear from various people over ways to overcome South Korea's (current) crisis after proclaiming he will employ talented people regardless of political sides," one of the sources said. 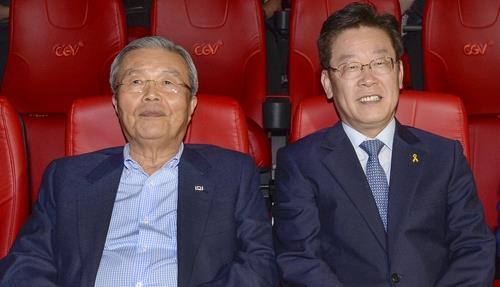