BEIJING, Feb. 7 (Yonhap) -- As disappointed as he was that his team crashed out early in the mixed team relay in short track speed skating in Beijing over the weekend, South Korean short tracker Kwak Yoon-gy seemed even more upset that China won gold thanks to what he claimed was biased judging.

In a scrum with South Korean reporters Sunday, a day after China won the inaugural Olympic gold in the mixed relay on home ice, Kwak said it was difficult to describe the mixed bag of feelings he had about China's path to the title. 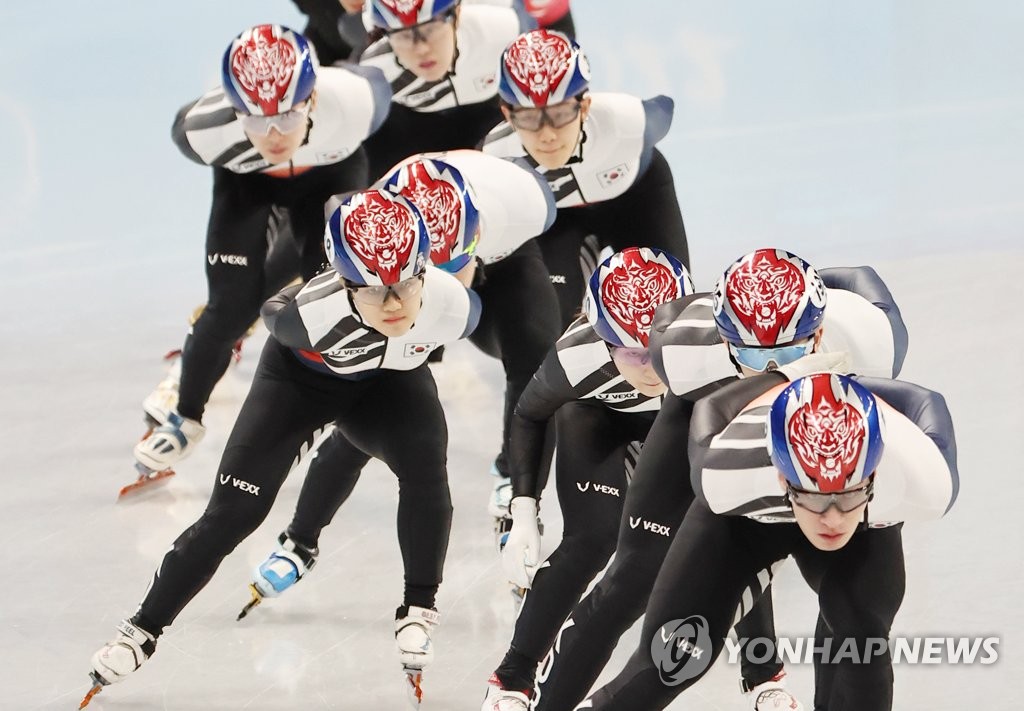 "Looking at the way China won the gold medal, I felt bad that my younger teammates had to watch something like that," Kwak, 32, said. "I thought to myself, 'Is this really what winning a gold medal is all about?' Things all just felt very hallow."

Kwak was referring to China's progress from its semifinal heat. Hungary finished first, closely followed by the United States. China came in third. The top two teams from the two semifinal heats would reach Final A, where the medals would be won, while the rest would end up in Final B. If the results had stood, China, whose head coach is former South Korea boss Kim Sun-tae, wouldn't have had a chance to go for a medal.

After a lengthy video review, the race judge ruled that the U.S. had committed an infraction, allowing China to reach the final instead. An American skater was penalized for crossing the blue line and entering the race early -- in an oft-chaotic short track relay race, skaters compete on the other side of the line and those not currently in the race circle the middle of the track as they mirror their teammates before the exchange. And that action was ruled to have impeded China's exchange. 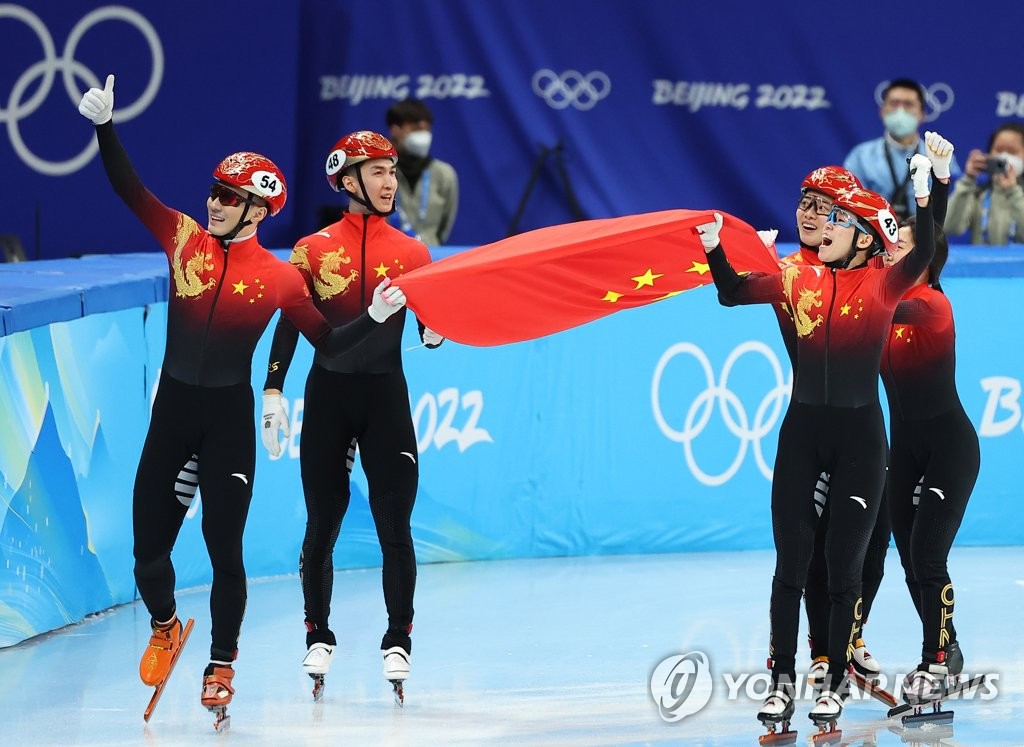 The Russian Olympic Committee (ROC) also got disqualified for having a skater get in between two Chinese skaters during an exchange. It caused Ren Ziwei and Zhang Yuting of China to miss their tap, but China was allowed to move on.

"I was watching that race unfold. I figured China, ROC and the U.S. would get penalized," said Kwak, who didn't compete for South Korea in the new relay event. "The Dutch skaters who were watching it with me said the same thing. But as the review dragged on, I figured China was going to be allowed to progress. And when the call was finally made, I found it difficult to accept it."

Kwak, who is competing in his third and final Olympics in Beijing, said he had never seen a case where a relay team was let off the hook after missing an exchange entirely.

"If it had been any other country than China in that situation, I wondered if that team would still have been allowed to reach the final like that," Kwak added.

It's worth noting that South Korea didn't get directly involved in any judging-related controversy with China on Saturday. It's fair to wonder, then, why Kwak was so worked up about the situation. 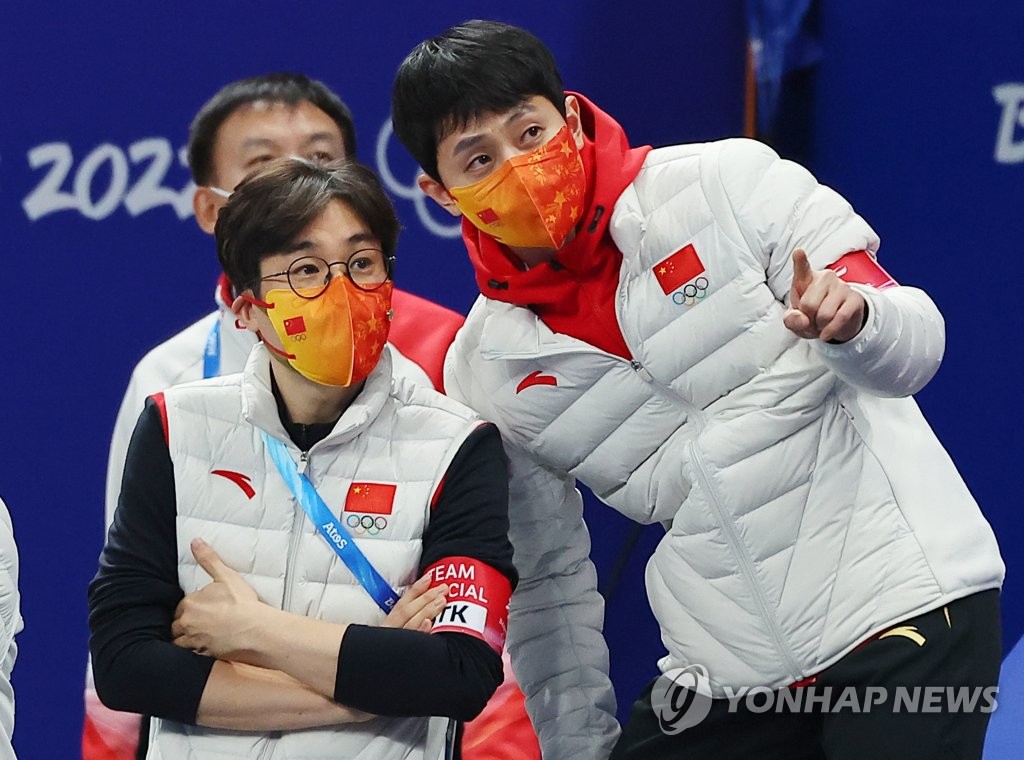 "I felt that could have been us at the wrong end of all this," Kwak said. "I thought about how upsetting and frustrating it would have been if we'd been a part of that"

In the days leading up to the Olympics, Kwak had predicted that China would keep getting favorable calls as the host country. Kwak said he'd also received some hate messages from angry Chinese people on his social media for suggesting that skaters from other countries would be disqualified for brushing past their Chinese counterparts.

Kwak decided to go public with those messages earlier this week, when he posted a screenshot of some messages on his Instagram story.

"I am desensitized by things like this because I've seen these kinds of messages before, but I didn't want some of the younger guys on the team to feel hurt later on," Kwak said. "I wanted to let our fans know what we're going through and ask them for their support."