SEOUL, Feb. 7 (Yonhap) -- Samsung Electronics Co. said Monday it will repurpose discarded ocean-bound fishing nets in its Galaxy devices as part of its efforts to expand the use of eco-conscious materials and make its business more environmentally friendly.

The world's largest smartphone maker said the use of a new material "marks another step in our Galaxy for the Planet journey that aims to minimize our environmental footprint and help foster more sustainable lifestyles for the Galaxy community" in a press release.

The material made of ocean-bound plastics will be first used in the Galaxy S22, which will be unveiled at the Galaxy Unpacked event slated for 12 a.m. on Thursday. More details will be announced during the online event, the tech giant said. 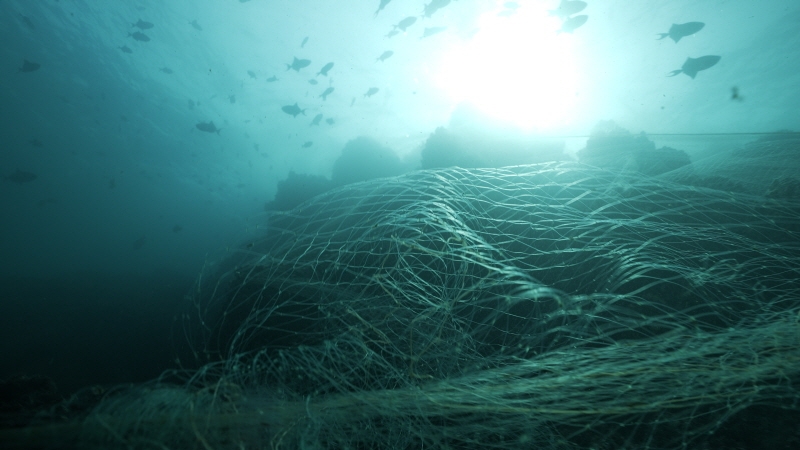 According to Samsung, 640,000 tons of fishing nets are abandoned and discarded each year, endangering marine life and natural habitats, and ultimately ending up in people's food and water sources.

"Collecting and repurposing these nets are vital first steps in keeping our oceans clean, as well as preserving the planet and our collective future," it said, adding that it "looks forward to using our scale, innovation and open collaboration to uncover additional solutions."

In August last year, the company announced its vision for a sustainable business named Galaxy for the Planet "to take tangible climate actions across its business."

Its goals included using recycled material across all its new mobile products, eliminating all plastics in mobile packaging and minimizing waste generated at its work sites by 2025.

It also said it would continue developing energy-saving technology for higher energy efficiency and less power consumption, thereby achieving nearly zero power standby consumption of smartphone chargers, referring to the power used after a smartphone is fully charged, by the same year.