BEIJING, Feb. 7 (Yonhap) -- The timing may be purely coincidental, but some 24 hours after a South Korean short tracker accused referees of favoring the host China at Beijing 2022, two South Korean skaters found themselves at the wrong end of questionable calls Monday.

Hwang Dae-heon and Lee June-seo were both disqualified from the semifinals of the men's 1,000m at Capital Indoor Stadium after getting called for infractions. Those decisions allowed Chinese skaters to advance to the final.

In the first semifinal heat, Hwang, the 1,000m world record holder, crossed the line first. With four laps left in the nine-lap race, Hwang, who had been in third, cut inside on Ren Ziwei and Li Wenlong to move into the lead.

However, after a long review, Hwang was called for "an illegal late passing" that caused contact with Li. Ren and Li were allowed to move on as the top two skaters from the heat. 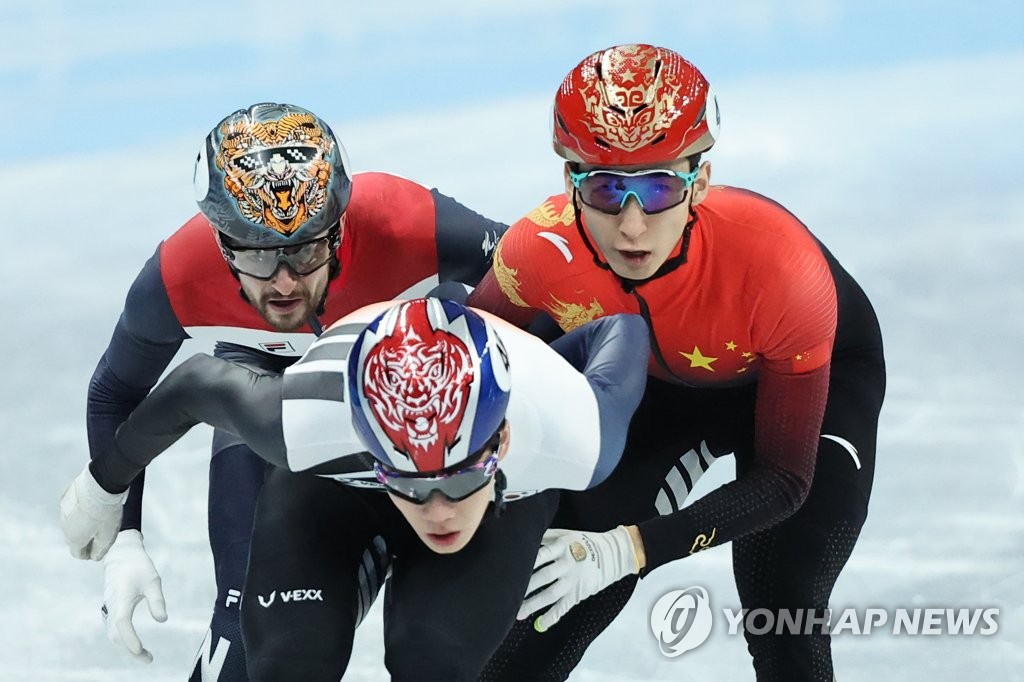 In the next heat, Lee finished the race in second place. But he was penalized for making a lane change that interfered with Liu Shaoang of Hungary. Wu Dajjing of China, who had come in third place, moved up to second place to book a ticket to the final.

Former Olympic short track champion Park Seung-hi, working in Beijing as a television commentator, said she couldn't believe what transpired with the decision on Hwang.

"Li Wenlong lost his balance by himself, and he used his hand on Hwang when Hwang was making a pass," Park said. "There was no interference whatsoever (on Hwang's part)."

After South Korea's practice Sunday, Kwak Yoon-gy, the senior member of the team, claimed China had benefitted from biased refereeing in the semifinals before taking gold in the mixed team relay from the previous night. 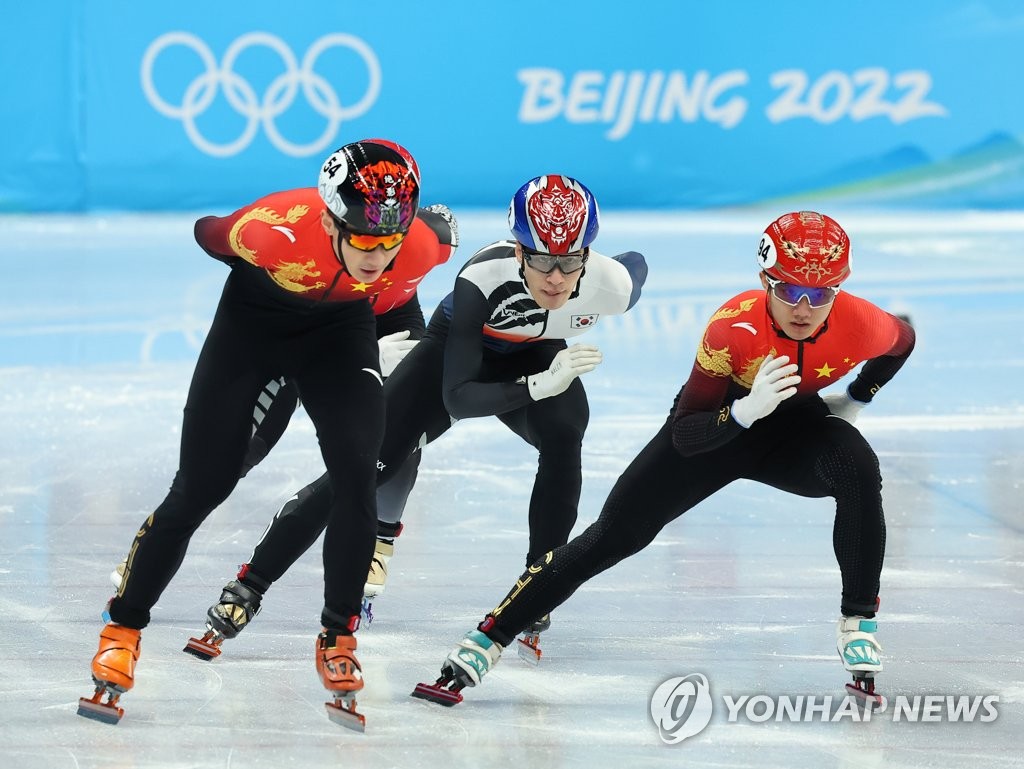 South Korea crashed out of the quarterfinals and wasn't involved in the decision that disqualified the United States and the Russian Olympic Committee in the semis. Still, Kwak said he wanted to speak up about the issue, because South Korea could end up in a similar situation.

Kwak's words proved prophetic, with two of his teammates sent packing before having a chance to compete for a medal.

Neither Hwang nor Lee answered questions about officiating after their races.

However, the Korean Sport & Olympic Committee (KSOC) said Yoon Hong-geun, head of the South Korean delegation, will hold a press conference at 10 a.m. Tuesday to address refereeing in short track. It provided no further details.