SEOUL, Feb. 8 (Yonhap) -- North Korea had a two-day session of its rubber-stamp legislature earlier this week to discuss budgetary and other pending issues, with the country's leader Kim Jong-un not present, according to its state media Tuesday.

The major event has drawn keen attention from the outside world as a potential opportunity to get a clue on the reclusive regime's policy directions, coming on the heels of a barrage of missile tests, including that of an intermediate-range ballistic missile (IRBM) late last month. The Kim regime has also hinted at the possibility of breaking its moratorium on nuclear and long-range missile testing, upping the ante in its drawn-out stand-offs with the United States. This week's session, however, apparently focused on such domestic matters as reviewing the state budget and adopting laws on child care and overseas compatriots.

No message has been issued in public for the U.S. or South Korea, spawning speculation on the reasons.

"The Supreme People's Assembly session appears to have mainly dealt with taking budgetary and legal measures to back tasks for 2022 unveiled at the country's party plenary meeting last year," an official at Seoul's unification ministry handling inter-Korean affairs told reporters.

Some observers here said the North may be refraining from taking a provocative step during the Beijing Winter Olympics. China is the North's longtime ally and largest economic benefactor, having effectively foiled a Washington-led attempt to expand the U.N. Security Council sanctions on Pyongyang.

On Friday, Kim sent a congratulatory message to Chinese President Xi Jinping on the opening of the two-week global sports festival in the neighbor and highlighted "invincible strategic relations" between the two countries.

During the SPA gathering, meanwhile, the North's officials decided to increase expenditures for "emergency epidemic prevention work" by 33 percent on-year in 2022 and vowed to further intensify efforts to prevent the spread of COVID-19 as "the top priority of the state affairs," the KCNA said.

North Korea has imposed strict border controls since the start of the pandemic, though it has recently resumed partial freight train operations across the border with China.

It remains unclear when the neighbors will resume trade and people-to-people exchanges in earnest. The KCNA said, "The external economic sector will keep pushing forward the work to recover the unitary trade system of the state."

The ministry official said, "It's hard to say for now if the increased budget for anti-epidemic efforts will immediately lead to resumption in trade. We are closely monitoring related moves." 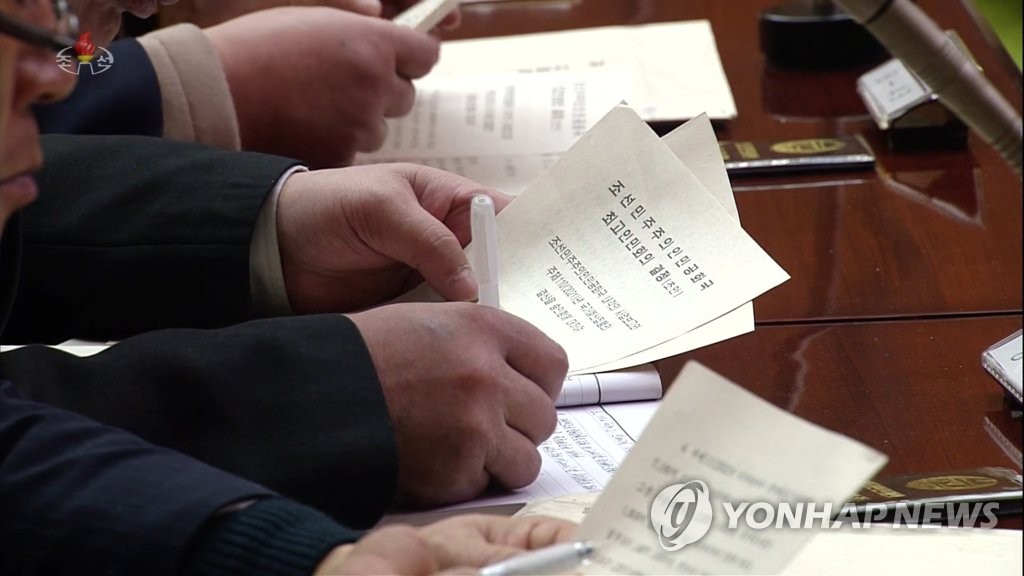 On the economic front, participants in the session vowed efforts to implement the country's five-year development plan, and "make evident changes in developing the economy and improving the standard of people's living."

"This year the Cabinet will meticulously carry on the economic organization and command for the overall economic development of the country, with stress put on adhering to the principle of giving precedence to the metal and chemical industries," the KCNA said.

The country's defense spending "for further bolstering the war deterrent both in quantity and quality" stood at 15.9 percent of the total expenditures last year and remained unchanged for this year.

The SPA is the highest organ of power under the North's constitution, although it rubber-stamps decisions by the ruling Workers' Party.

Kim participated in eight out of 14 previous SPA sessions held after he took the helm of the country in late 2011 and delivered policy speeches at two of those events -- in April 2019 and September 2021.

During the SPA session held in September, the North's leader announced a decision to restore communication lines with South Korea as part of efforts to improve inter-Korean relations and achieve "durable peace" on the peninsula. 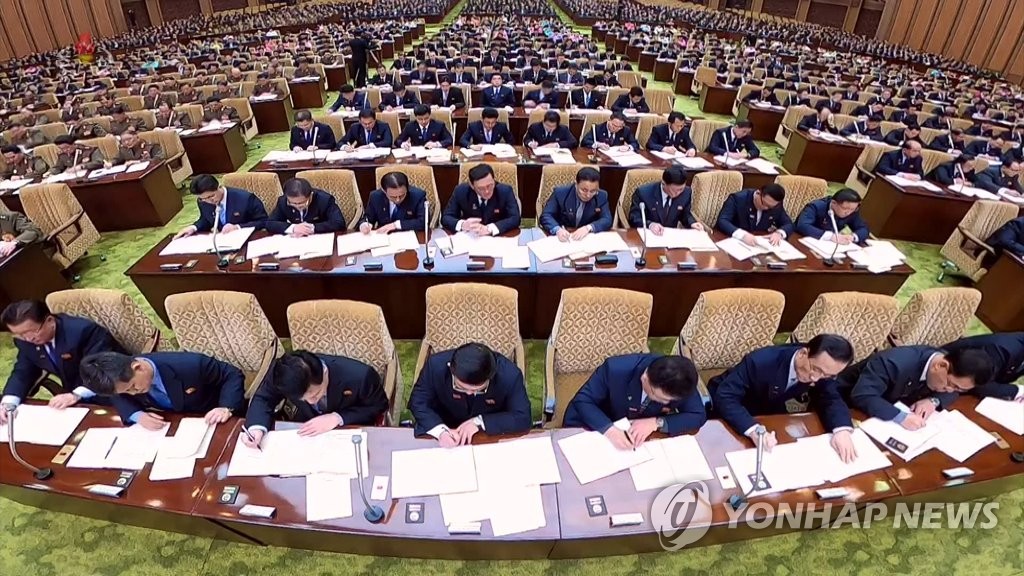