(ATTN: UPDATES with infections from USFK in last 2 paras)

The new cases included 271 from the Army, 148 from the Air Force, 26 from the Marine Corps, 12 from the Navy, eight from units under the direct control of the defense ministry and one from the ministry.

Currently, 2,252 military personnel are under treatment.

Meanwhile, the military reported no additional virus cases from the Navy's 304-strong Cheonghae unit operating in waters off Africa. Its cumulative infection count stood at 57.

Meanwhile, the U.S. Forces Korea (USFK) said 153 more people in its affiliated community had tested positive for COVID-19 from Feb. 1 to Monday. Of the new cases, 43 were imported, it added, without elaborating further.

The latest cases raised the total number of infections reported among the USFK-affiliated population to 5,956. 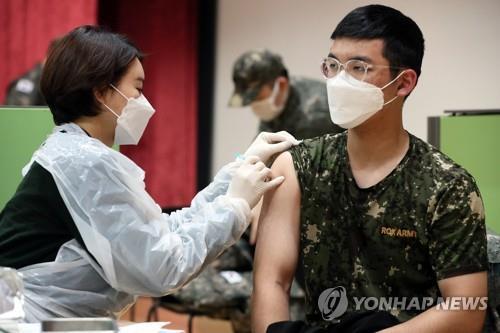