SEOUL, Feb. 8 (Yonhap) -- A North Korean official, known for his role in inter-Korean engagement years ago, has emerged as an apparent policymaker on overseas ethnic Korean affairs, Pyongyang's state media showed Tuesday, raising questions over a potential shift in his job.

Maeng Kyong-il led a debate on legislating an act aimed at enhancing rights of ethnic Koreans abroad during a session of the Supreme People's Assembly (SPA), the North's rubber-stamp parliament, earlier this week, according to the North's main newspaper, Rodong Sinmun.

Maeng, currently a vice director of the United Front Department (UFD) in charge of inter-Korean affairs, is said to have played a role in paving the way for a thaw in cross-border ties during the 2018 PyeongChang Olympics in South Korea. 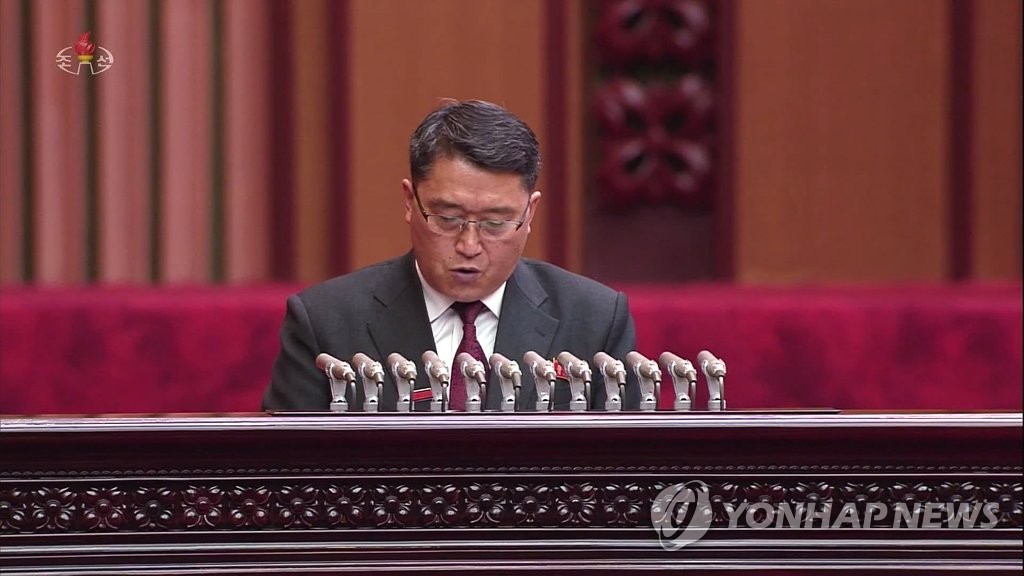 During the Winter Games, he reportedly worked with Andrew Kim, then head of the U.S. Central Intelligence Agency's Korea Mission Center, to set the stage for rare high-level talks between the two countries.

It remains uncertain whether Maeng solely deals with affairs related to ethnic Koreans or his UFD role has broadened to cover the matters.

"Now a powerful legal guarantee has been crafted to more widely and actively push for projects for ethic Koreans, including those aimed at further lifting their ethnic pride and patriotic enthusiasm," he was quoted as saying.

The sixth session of the 14th SPA took place in Pyongyang on Sunday and Monday. North Korean leader Kim Jong-un was not seen joining the session packed with senior ruling party and Cabinet officials.

Kwon Yong-jin, director of the General Political Bureau of the North's Korean People's Army, meanwhile, has been demoted to a four-star general from a vice marshal, according to state media footage of the event. The reason was not immediately known.

Kwon had been promoted to the post of a vice marshal in February last year and was spotted wearing a vice marshal badge during a key party plenary meeting in December.