The singer posted a photo, along with a thumbs-up emoticon, on his Instagram account on Monday night of Hwang Dae-heon passing Chinese competitors during a men's 1,000m semifinal. Hwang finished first but was disqualified for what the referee said was an illegal late passing.

RM made no comment along with the photo, but his posting was seen as a gesture of support for the athlete eliminated due to the questionable officiating that allowed Chinese skaters to advance to the final and the host country to end up collecting gold and silver medals.

Besides Hwang, fellow short track speed skater, Lee June-seo, was also disqualified in what many see as another unfair decision in a separate men's 1,000m semifinal as he got called for a lane change that caused contact with another skater.

The referee decisions have further aggravated anti-Chinese sentiment raised in South Korea after China paraded the Korean traditional dress, hanbok, during Friday's Olympic opening ceremony amid suspicions the country is trying to promote not only hanbok but also the traditional Korean dish of kimchi and even Korean history as its own. 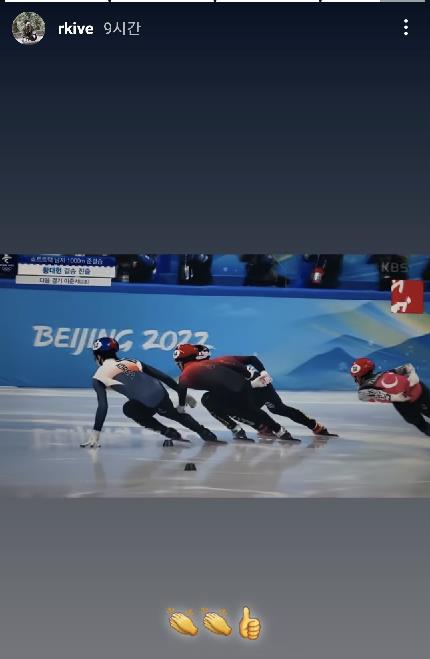