In 2020, South Korea unveiled the "Space Challenge" program with the aim of investing 49.6 billion won until 2028 to secure future technologies and leadership in the space industry in 2030.

Of the total, the ministry has set aside a budget of 4.5 billion won this year and another 7.5 billion won for 2023 to develop the manufacturing technology and core components required in building a 100-ton liquid-fuel engine.

The project also seeks to make progress in developing the next-generation rocket to succeed the Nuri rocket, which was equipped with 75-ton engines.

Nuri, also known as the KSLV-II, is South Korea's first homegrown space launch vehicle that successfully flew to a target altitude of 700 kilometers in October last year but failed to put a dummy satellite into orbit as its third-stage engine burned out sooner than expected.

South Korea, a relative latecomer to the global space development race, has recently ramped up efforts in its space program, with plans to launch its first lunar orbiter this year. 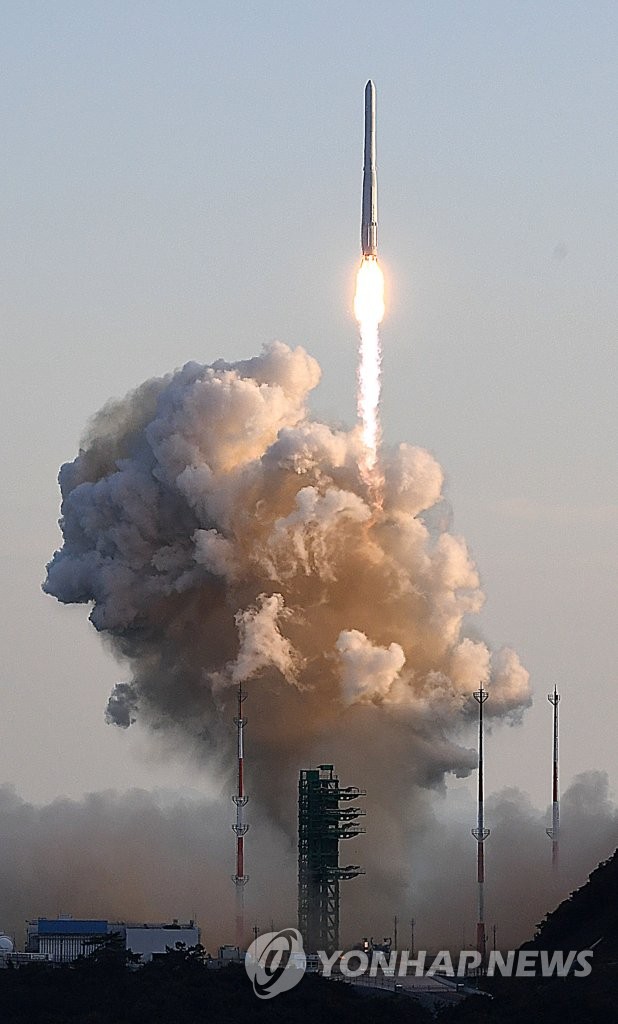