The industry tracker Trendforce expected global TV shipments to reach around 217 million units this year, up 3.4 percent from a year ago.

The estimated shipments still remain at the lowest levels since 2017, as the pandemic-led demand for TV has peaked out.

According to Display Supply Chain Consultants (DSCC), LCD TV panel prices have continued to fall since last summer due to declining TV demand and increasing supply, although the pace of the decline is slowing.

DSCC expected price declines in the first quarter to average 14 percent, with 49-inch, 50-inch and 55-inch panels experiencing the most severe price falls of more than 20 percent. 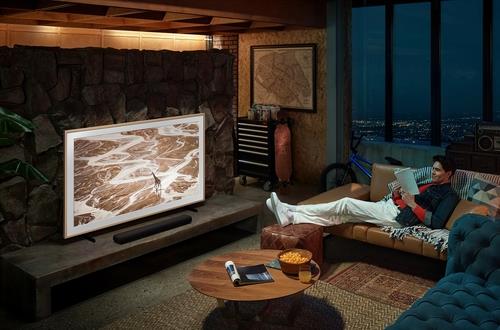 Against this backdrop, global TV manufacturers are expected to produce more small-to-medium sized TVs this year. TV makers reduced the production of the segment in the first half of last year and switched to more large-size, premium TVs for higher margins.

"After a sharp revision in TV panel prices in the 2H21, this year's panel pricing is more advantageous to the planning of TV brands," TrendForce said. 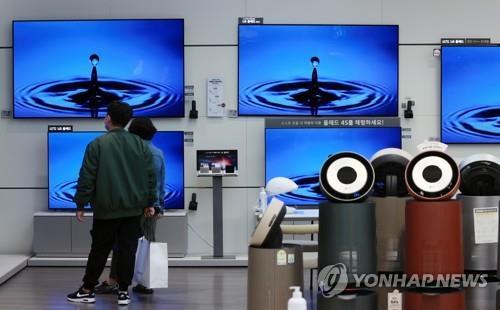 Premium OLED TVs, which benefited from soaring LCD prices in the past two years, will see slower annual growth of around 27 percent this year. 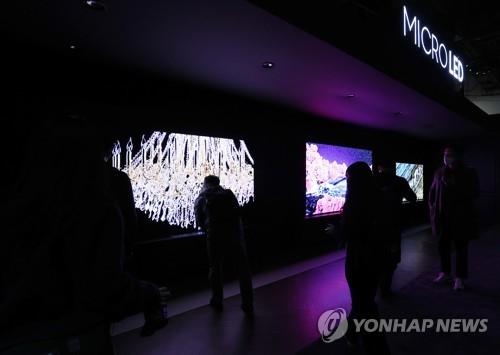 Samsung Electronics Co. said it plans to roll out QD-OLED TVs within this year, with an original shipments target of 1.5 million units.

With the expected launch, the global premium TV market is in for serious competition.

Samsung did not unveil QD-OLED TVs at the global tech show due to a supply shortage of the panel.