The decision to officially endorse Lee, former governor of Gyeonggi Province, in the March 9 presidential election was reached in a mobile vote following a convention of FKTU delegates from 9 a.m. Monday to 1 p.m. Tuesday, the group announced at a press conference in Seoul.

In 2017, the group officially endorsed the DP's then candidate Moon Jae-in while supporting Lee Myung-bak of the then conservative Grand National Party in 2007. It decided not to endorse a candidate in the 2012 presidential race.

The upcoming election has shaped up largely to be a two-way race between Lee and main opposition candidate Yoon Suk-yeol of the conservative People Power Party. For weeks, polls have shown the two candidates largely running neck and neck in support with no clear front-runner. 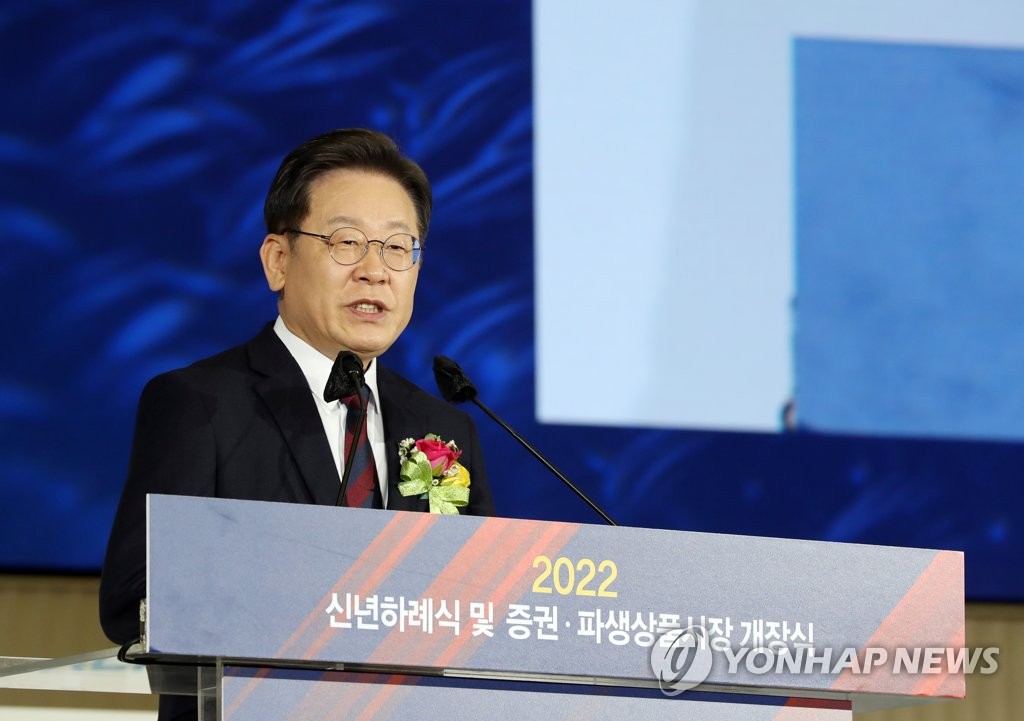