Net profit of the country's top banking group came to 4.41 trillion won (US$3.68 billion) in 2021, up 27.6 percent from the previous year, the group said in a regulatory filing.

The previous record was set in 2020 when the figure stood at 3.45 trillion won, according to the group.

In the fourth quarter, net profit rose 10.4 percent from the same period a year earlier to come to 637.2 billion won, it added.

The growth is largely attributable to increased loans for home purchases and other investments, which led to higher interest income and related commissions.

Interest income grew 15.5 percent to 11.23 trillion won and the income from commission fees also surged 22.5 percent on-year to 3.63 trillion won last year, according to the company. 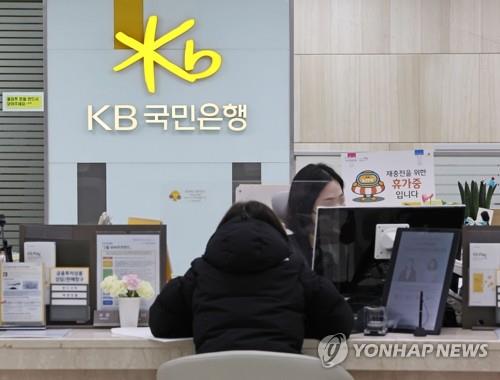