SEOUL, Feb. 8 (Yonhap) -- "Love and Leashes," a new South Korean film to be released by Netflix this month, is based on a popular web-based cartoon series about two seemingly ordinary office workers who embark on a "special" relationship after one of them accidentally learns about the secret sexual peculiarities of the other.

"I read the webtoon after receiving an offer, and it was very fun," director Park Hyeon-jin said during an online press conference for the upcoming movie on Tuesday. "I felt it was attractive because it was not just sensational for its story about sexual tastes but had lots of humor and didn't miss empathy points."

She added the female lead named Jeong Ji-woo in the comics, in particular, caught her eye because the woman was far from a typical female character.

"She never smiles before others when she doesn't want to and is criticized for being not cute or being blunt, but Ji-hoo tells Ji-woo that she is cool," Park said. Ji-hoo is the name of Ji-woo's male counterpart. "I thought it could be a story that throws questions about normalness through the protagonist who breaks the typical image of women." 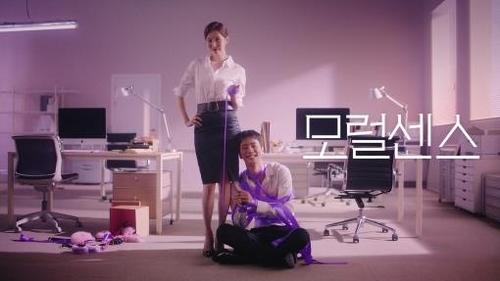 According to a Netflix-released trailer, the S&M-themed romantic comedy begins with Jung Ji-hoo (played by singer-actor Lee Jun-young) being introduced to a colleague who bears a similar sounding name to his, Jung Ji-woo (played by Seohyun), on his first day at a company. Ji-woo accidentally learns about his secret sexual tastes and comes to be interested in him after opening his parcel that was wrongly delivered to her desk and finding a curious spiked collar in it. The trailer also shows Ji-woo visiting a red-lighted room with dog collars, handcuffs and whips.

Ji-hoo then starts a romantic relationship with Ji-woo, learning that she doesn't care much about his secrets.

For Seohyun, a member of the popular K-pop group Girls' Generation, Ji-woo is her first lead role. 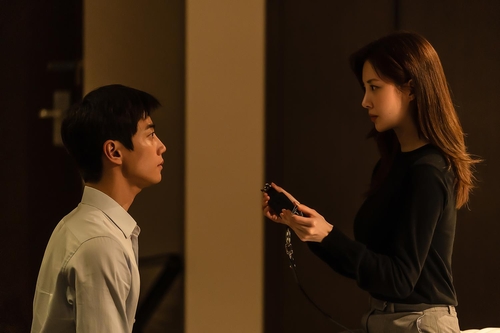 Asked why she chose the film, she said she felt a strong urge to challenge herself as an actor upon receiving the screenplay.

"It was not only a screenplay that aroused a sense of challenge as an actor but there were many things that I could sympathize with and learn as a person from the characters who acknowledge and understand their differences and learn from each other," she said.

The new film is set to become available on Netflix on Friday. 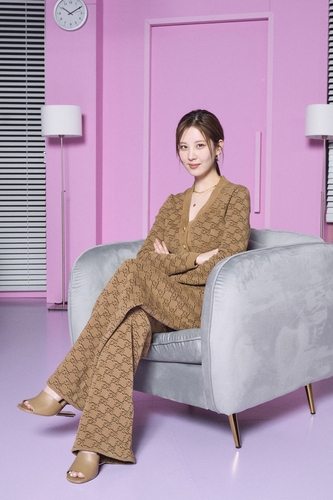